Sexy Snippets: Everyone Loves a Hero....and that's the problem by Marie Force


This is one of my favorite go-to contemporary romances for a story that I know I'm going to love and it will make me smile. I've re-read it several times and it never get's old. 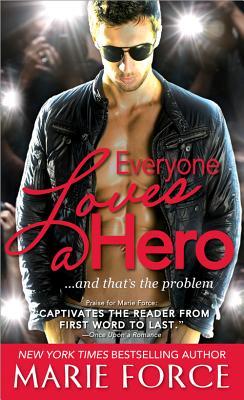 She raised their joined hands and brought them down on either side of his head. Leaning forward, she kissed him softly, all the while keeping her eyes fixed on his and her hips moving.
He surprised her when he suddenly turned them over without losing their connection.
As he pounded into her, she was exhilarated to realize she had once again broken his control. This was how she loved him best- wild and driven to take and take and then take more. Everything.
He dipped his head and sucked hard on his nipple, sending her into a climax that ripped through her like a freight train. Then his hands were under her, holding her tight against him as he went deep one last time and let himself go with a cry of release ripped straight from his soul.
Looping her arms around him, she closed her eyes and drifted off to sleep, still joined with him in every possible way.