Promotional Post: Girl Before a Mirror by Liza Palmer (#Giveaway)

We'd like to share with you a contemporary romance from Liza Palmer today, Enjoy the first chapter and be sure to enter the giveaway at the end! 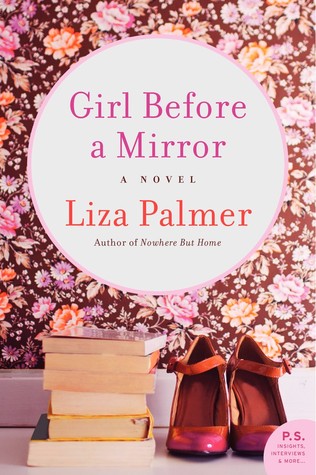 
The author of Conversations with a Fat Girl—optioned for HBO—returns with the hilarious and heartfelt story of a woman who must learn how to be the heroine of her own life-a journey that will teach her priceless lessons about love, friendship, family, work, and her own heart

An account executive in a Mad Men world, Anna Wyatt is at a crossroads. Recently divorced, she’s done a lot of emotional housecleaning, including a self-imposed dating sabbatical. But now that she’s turned forty, she’s struggling to figure out what her life needs. Brainstorming to win over an important new client, she discovers a self-help book—Be the Heroine, Find Your Hero—that offers her unexpected insights and leads her to a most unlikely place: a romance writers’ conference. If she can sign the Romance Cover Model of the Year Pageant winner for her campaign—and meet the author who has inspired her to take control of her life—she’ll win the account.

For Anna, taking control means taking chances, including getting to know Sasha, her pretty young colleague on the project, and indulging in a steamy elevator ride with Lincoln Mallory, a dashing financial consultant she meets in the hotel. When the conference ends, Anna and Lincoln must decide if their intense connection is strong enough to survive outside the romantic fantasy they’ve created. Yet Lincoln is only one of Anna’s dilemmas. Now that her campaign is off the ground, others in the office want to steal her success, and her alcoholic brother, Ferdie, is spiraling out of control.

To have the life she wants-to be happy without guilt, to be accepted for herself, to love and to be loved, to just be—she has to put herself first, accept her imperfections, embrace her passions, and finally be the heroine of her own story.

GIVEAWAY:
The publisher is giving away a copy of GIRL BEFORE A MIRROR to two readers today, US only please. To enter, just fill out the rafflecopter below. Good luck!