Please give a warm welcome to author, Nancy S. Thompson who is joining us with her book, Leverage. This is a romantic suspense thriller and it is the second book in The Mistaken Series!

Hi, my name is Nancy S. Thompson, and I am a writer of thrillers.

Sounds kind of like an AA confession, doesn’t it? Well, like many in recovery, I sometimes feel a little distanced from the rest of the pack. I mean, in today’s indie market, especially after the success of Fifty Shades of Grey, romance, in all of its forms, is king—or maybe queen is more appropriate, considering most avid readers are women. And while my husband has tried to convince me to convert to the almighty contemporary romance, my heart and soul belong to the thriller. But I, too, love romance, so naturally, my stories revolve around that core element. That’s why I write romantic thrillers, dark ones—very dark—and emotional, because I think, essentially, that’s what the reader wants to connect with.  Deep, dark emotions.

Ironically, I’d say the hardest part of writing romantic thrillers is simply finding an audience. Because romantic thrillers are crossovers, belonging to both romance and thriller genres, both audiences sometimes balk at picking my books up. The thriller purist, predominantly men, get all icky-faced and uncomfortable when they read anything romantic, and by that, I mean sex scenes, and Leverage is loaded with them. But it’s important to know each of those scenes drive the plot forward, so they’re important, essential, and necessary.

On the other hand, the romance reader primarily wants the love element without all that other stuff mucking up the story. But, honestly, how many different ways can one read boy meets girl, they fall in love, are torn apart, then later reunite? Why not throw some real obstacles in the way, make the reader gasp with fear? Why not give the reader an emotional and physical rollercoaster ride to hell and back?

That’s what I do, and that’s precisely how nearly every single one of my readers comment when they review my books. Many romance purists who’ve read The Mistaken and Leverage remarked how they’d never picked up a romantic thriller before mine, but now love the genre. It warms my heart to know I’ve converted a few over to the dark side of romance. It makes all the twisty plotting worth the work, and it is work, let me tell you. Thriller readers demand surprises, twists and turns, unseen threats, and believable villains who, while vile and hateful, are understood in their passion to turn the protagonist’s world upside-down and inside-out.

But come on, you and I both want hot men and even hotter sex, with love the enduring force that drives the heart of the story. Right?

So I do it all—I give you the couple who falls in love and the danger that tears them apart, plus all the thrills that will undoubtedly keep the reader on the edge of her seat as she fights to keep from biting her nails down to the quick. My advice? Schedule a manicure after reading The Mistaken Series.  You’re so gonna need it! 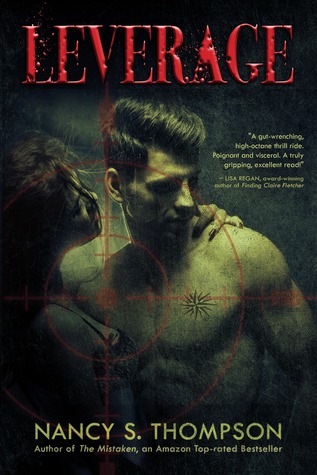 Leverage is dark romantic thriller in The Mistaken Series but can be read as a stand-alone.
* * * *

Four years ago, Tyler Karras’ quest to avenge his wife's death led to all out war with San Francisco's Russian Mafia. With the Bratva’s collapse and its king, Dmitri Chernov, long dead, all Ty wants now is to put it behind him and enjoy a second chance at life with his new bride, Hannah, and the child they're expecting any day.

But Chernov's heir, Grigory Dmitriev, has returned, bitter and determined. He wants his kingdom back, and he's more than willing to leverage Ty's new family to get it.

First he targets Conner, Ty’s brooding nineteen-year-old stepson, manipulating the boy into a vortex of sex, drugs, alcohol, and gambling. Then he turns his sights on Hannah. At eight months pregnant, she’s the ultimate bargaining chip. With all their lives in jeopardy, Ty has little choice but to do as Grigory commands.

But Tyler swore he'd never kill again. He buried that monster four years ago and means to keep it that way. Grigory, however, makes that vow impossible to keep.

With his new family on the line, Ty will cross further into the dark side than he ever has before, challenging everything he believes about himself, and forcing him to face the ghosts of his past. Only then will Ty discover if he has the strength to sacrifice his last chance at redemption and save the lives of those he loves most.

Nancy S. Thompson Bio:
Nancy is a California transplant currently living in Seattle, Washington with her husband of 23 years, their son, a student at Seattle University, their giant snow dog, Jack, and his kitty, Skye. She works as a freelance editor for her publisher and writer friends and also has her own interior design business within the model home merchandising industry. When she's not writing or editing, Nancy keeps herself busy by cooking and baking. http://nancysthompson.blogspot.com/

Be sure to grab the first book in the Mistaken series as well! 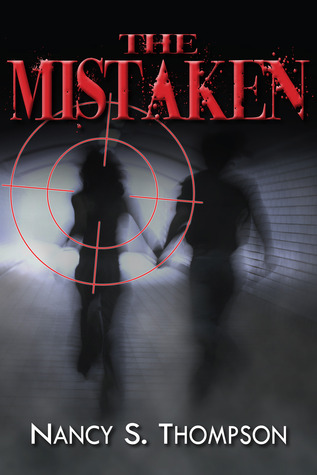 A dark romantic thriller intended for a mature audience.
* * * *

All Tyler Karras wants is to enjoy life with his expectant new bride. What he gets instead is a graveside seat at her funeral. With the person responsible uncharged and still free, all Ty wants now is revenge.

His target is a stranger, a woman. He doesn't know her, but he'll find her, and when he does, he will make her pay.

Ty's brother, Nick, has dangerous connections and suggests a sadistic plan. Grab this woman and hand her over to his associates, sex-traffickers in San Francisco's Russian Mafia. They offer Ty more than he dreamed possible. In exchange for the woman, they'll finally let Nick leave the business for good, with his debt wiped clean and his heart still beating.

There's just one problem. Ty kidnaps the wrong woman. Now all his plans have gone straight to hell.

With his eyes made clear by the stark reality of his mistake, Ty is driven, compelled by remorse and a relentless sense of guilt to make amends and protect Hannah Maguire, the innocent woman whose life he has derailed. He vows to keep her safe and out of the hands of the very enemy he's unleashed, but the Russians are holding Nick as leverage to force Ty to complete their deal.

Caught in a no-win situation, Ty must find a way to save himself, his brother, and Hannah, but with the Russian Mafia, even two out of three makes for very long odds.