Elley Arden is back with a new sexy and emotional romance that will make you cry and swoon, all at the same time, with MARRIAGE BY DESIGN, book 2 of the Designing Love series.

One night, I watched an acquaintance—a man—as he sipped white wine in a bar. It was one of the most emasculating, unsexy things I’ve ever seen. I complained to my husband, who was drinking a beer, and he joked, “Would you rather he drink red?”

Hell, yes. Red is bolder, stronger, heavier … manlier. Full disclaimer: I prefer my men to drink beer—craft beer. When the occasion calls for something fancier, I appreciate a man who drinks top-shelf vodka with tonic. If he’s really something special, he can carry off whiskey. (There is nothing like kissing a well-dressed man with a hint of whiskey on his breath.) But white wine? No thank you.

That last paragraph makes me sexist doesn’t it? It’s like a man saying he can’t stand it when a woman drinks beer. I drink beer! I would argue loudly for my right to drink beer. So the fact that I have such a narrow view on this topic disappoints me, and it makes me wonder if I’m the only one out there thinking these things.

Maybe not, because I can’t recall ever reading a romance novel where the hero drinks white wine … or an umbrella drink … or anything else that is decidedly feminine. I’ve never written a hero like that. Meanwhile, I’ve written a number of heroines who turn gender roles on their ears with manly careers … and palates. That’s acceptable—preferred even.

Today’s romance novels are more feministic than they have been in the past. We eschew heroines that are weak and “too stupid to live.” We want our women to be powerful, successful, and unapologetic for their rich sex lives. It’s a wonderful thing. But, we haven’t really been able to return the favor to men.

A while ago, I read an online exchange in which an editor said that basically an artist hero would be a hard sell, because most people (aka readers) think of an artist as a directionless, creative, too-sensitive soul—who may or may not drink white wine. (Ha! I added that last part, but it fits.) The bottom line is stereotypes, whether we like it or not and no matter how far we’ve come, still influence us today.

I like to say “never say never,” but I’m pretty comfortable saying I’ll never write a hero who drinks white wine. I realize that’s narrow-minded and a far-from-universal view, so I have to ask: what about you? Is a man drinking white wine sexy or not? Do you have another drink or item that takes the sexy right out of the guy the minute you see it in his hands? I’d love to know!

Want to get to know Elley better? Check out this exclusive interview! 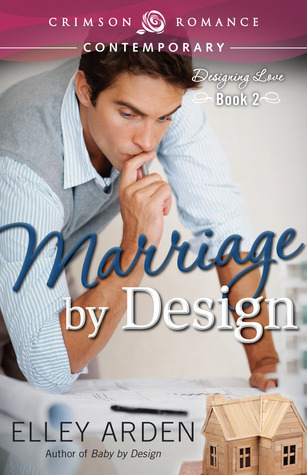 Family first. That motto has ruled Angie Corcarelli’s life since she took over her beloved late father’s construction business. When she discovers a new highway project will destroy the homes he once helped build, she’ll fight passionately to protect his legacy—even if it means battling her best friend’s stuffy and infuriating ex.

Stuart Perrault also knows a thing or two about family allegiance. For the past fifteen years, he’s worked hard for his family’s engineering firm, waiting for the day he’d be named CEO. But a recent botched project has shaken his father’s faith in him. The last thing he needs now is a loose cannon like Angie interfering with the new highway plans.

When Stuart’s father insists he wine and dine Angie to change her mind, he reluctantly obliges, but soon wonders if he’s bitten off more than he can chew. The fiery carpenter isn’t as irrational as he expected, and she has a knack for making his strident self-control unravel.

The more time Angie spends with Stuart, the harder it is to see him as the cold, calculating guy she’d believed him to be. But falling for each other would mean disloyalty to their respective families. Are their feelings strong enough to warrant challenging their family ties?

Also in the Designing Love series: BABY BY DESIGN

Elley Arden is a born and bred Pennsylvanian who has lived as far west as Utah and as far north as Wisconsin. She drinks wine like it’s water (a slight exaggeration), prefers a night at the ballpark to a night on the town, and believes almond English toffee is the key to happiness. Charming characters. Emotional stories. Sexy romance. http://www.elleyarden.com/