Today we have an exclusive deleted scene to share with you from Jenn Lyons fantasy thriller, BLOOD CHIMERA. Enjoy! 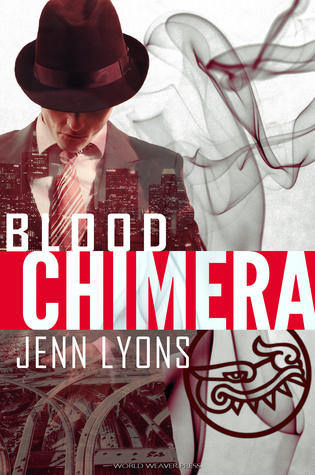 
Some ransoms aren’t meant to be paid. – Kidnap and Ransom negotiation used to be straightforward.
The bad guys kidnap someone, and K&R expert Jackson Pastor negotiates their release, skillfully traversing a maze of bloodthirsty monsters: criminals, terrorists, police, and especially the FBI.

But that was before he met real bloodthirsty monsters.

When Jackson Pastor arrives in Los Angeles to help a new client recover his kidnapped wife, he finds himself dropped in the middle of a 500-year-old war between rival European and Mexican vampire clans, a conflict that threatens to escalate into a full-on public gang war. Worse, Jackson hasn’t been brought to Los Angeles to be a negotiator.

His new boss wants to turn him into an assassin.

With Jackson about to be caught in the middle of a clan war, his only hope of escape may lie with a secret FBI monster-hunting task-force led by a very dangerous, eccentric wizard.

Which could be a problem, since Jack’s a monster himself.

Blood Chimera is gritty, noir-style mystery of paranormal proportions where nothing is as it seems, not even the term “vampire.”