Mystery and romance, a nice combo that our guest today knows all about. Welcome Jessica Lauryn!


Lexi: Dangerous Secret is book one in The Pinnacles of Power series and introduces your theme of puzzles to solve and smoldering romance. I like that in each book it sounds like the main characters have met before, even if it was recently and ended up with the heroine throwing ice cream at our hero. Do you enjoy second chance romances, or do you feel your books are more right place right time?

I definitely enjoy second chance romances, although the Pinnacles of Power Series is more about right place right time.  For the vast majority of the stories, the heroines—Abigail, Lena, Julia, Lilah and Corinne—are meeting bad-boy heroes—Ryan, Alec, Colin, Lucas and Jack—for the first time, and what makes them similar is that they fall for them in spite of the secrets they appear to be (and are) keeping.  The one exception will be book 5 in the series, Dangerous Magic (which is yet-to-be-released.)  In this story, old coworkers Corinne Johnson and Jack Madera will face one another after years of being apart, and will be forced to confront their hidden desires for one another.

Lexi: It is easy to fall in love with romance books, pretty safe to say all of us and our dear readers are hooked on it. Do you still enjoy reading romance, or has turning into a romance writer changed your reading habits?

I love reading romance and I’m actually reading it now more than ever. Writing is my first love, but stories take a long time to develop and while I’m in the throes of a project I need to have my quick fixes along the way. ;) Reading keeps a “story voice” going in my head which makes it easier to keep the flow going in my own writing.  Romantic moments are always inspiring to read, and they often inspire a whole different story entirely.

Lexi: Your Pinnacles of Power series will end with book five, books one through four are currently out. Have you known how your series will end, whose story you will tell, from the beginning?

I haven’t known from the beginning that the Pinnacles of Power would become a series and that was a huge part of the fun of writing it. The Pinnacles of Power Series was originally going to consist of exactly 1 story – Dangerous Proposal.  While writing Dangerous Proposal I quickly realized that I had 4 other couples with great stories to tell.  My thinking at that time was to make Dangerous Magic book 3, because Jack Madera was such a large part of Dangerous Proposal, (book 2.)  It didn’t, however, work out that way and I’m glad because I realized that Jack is the hero with the largest number of demons to conquer.  All of the heroes in the Pinnacles of Power series battle demons and the series works its way progressively from the hero with the smallest number of demons (Ryan Newberry) to the largest, (Jack Madera.)

Lexi: Writing a series sounds like a lot of planning and serious thinking, the kind of thinking best done to a soundtrack! Do you write with music on? Can music put you in the mood to write?

Music has definitely been known to put me in the mood to write.  I’ve listened to everything from classical music to the soundtracks of movies like Titanic to get a romantic flow going in my mind.  However, for the most part I prefer to listen to louder music, (80’s is my decade of choice).  Surprisingly, this helps me to block out the surrounding noises and it’s extremely upbeat so it serves as an added motivation for getting the words down, too.

Lexi: Heres hoping the writing mood keeps on going! Congrats on your series and thanks for bringing us strong heros to seduce us. Thank you for stopping by and we hope to see you again!

Thanks so much for having me, Lexi!  There are definitely many more great stories on the way!
http://www.jessicalauryn.com 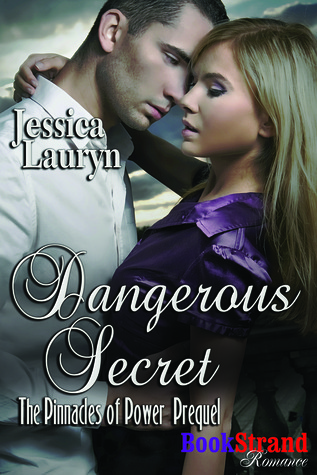 Abigail MacKenzie has been trying to put her father’s tragic death behind her. Set on becoming a teacher, Abigail wants nothing more than to forge a new, happy life. But when a handsome stranger produces a random clue about her father’s shooting, hopes of finding her father’s killer come flooding back to the surface. Abigail is determined to get justice for her Dad, even if it means learning the dangerous secret of a man with a will of steel and eyes that cut straight through the wall around her heart.

After making a reckless mistake and a mysterious discovery that cost him his job, medical student Ryan Newberry is happy to accept and position he can get. But when he realizes that one of the employees who’ll be working under him at the Washington Valley Hotel is Abigail MacKenzie, the sweet, pretty girl he met weeks before, he fears the past might be in danger of repeating itself. As one discovery leads to another, Ryan quickly realizes that he is sitting on a network of criminal activity. In spite of the risks, he must keep Abigail safe from the surrounding threats. He only hopes that his desires for his new front desk associate won’t lead both of them down a path of danger from which he won’t be able to protect them.