Research and its random path.

To me, research is perhaps the easiest part of the writing process. I never know where my story ideas will come from, but the research for them is a solid, tangible thing I can do even when the actual writing isn't progressively as quickly as I want it to. The idea for Elemental Magic was born out of a dream, one filled with magic, Celts, and foreign lands. That meant a lot research and knowing where I could take literary license.

Since I wasn't able to visit my story settings in person, I spent hours at the library pouring over books about Ireland, castles and ruins. I read everything I could get my hands on through the library and internet. I listened to Irish music. I'm not the best note taker but I am a fast reader and I soak up information like a sponge. I studied Haleyville's history and dozens of other things. Castle life, animal husbandry, lairds, English kings. Even if I didn't use some of the information, like an investigation one piece let to another and another until I could see the whole picture forming. Our librarian and her assistant were (are) extremely helpful. She didn't bat an eye when I asked for every book she had on druids, witchcraft and old wives tales. Now that was an interesting afternoon. And all this was just for Earth Enchanted and To Take Up the Sword.

Wait for the Wind's research was more about life experience rather than from a book. My husband's poor health has meant many hospital visits.  I've spent a lot of time in waiting rooms, talking to doctors and observing hospital staff. I lived in a violent home as a child. I know the strange, unsettled tension of waiting for the other shoe to drop. I became a mother a month before my eighteenth birthday. I understood the exhaustion of school, babies and work all at once. All of these life experiences went into Kate's character.

With Sea's Sorceress and Fire's Ice, I could finally put to good use all those years working in restaurants and on DIY projects. I understood what Rhia's pub would need in order to function behind the scenes. I knew the quiet of the hours after closing, the madness of super busy shifts. In the book, Rhia's father is dying of cancer. Sadly, I watched my favorite uncle suffer and pass from the disease. I had once felt Rhia's frustration, helplessness and her need to honor her father's wishes, even if she didn't agree at times.

No matter what or where I'm writing, the research is always an adventure. Thanks for allowing me to visit with you today. 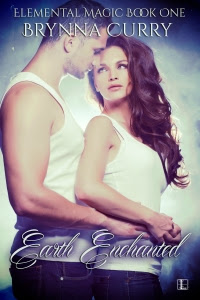 Writer Liv Corrigan has the worst luck with men -- her telepathy tends to make them run for the hills. When she meets widower and ex-cop Jack Roarke, she decides to keep her talent hidden. Things are looking up until their third date crashes and burns as the man who murdered Jack’s wife turns out to be after him too. Injured, Jack retreats with Liv to his house under armed guard. But with Liv’s mysteries rapidly coming unraveled, a diamond-thief killer to stop and passion in the air, the safe house is anything but safe for their hearts! 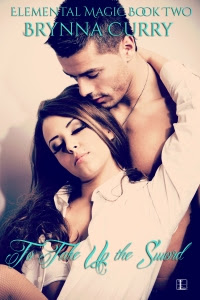 To Take Up The Sword,  Elemental Magic #2

Missing diamonds and a killer on the loose…will a schoolteacher and FBI agent escape with their lives and hearts intact? After the acquittal of Gueraldi's right hand and favored killer for hire, Ashton Smythe, Special Agent Gabriel Spiller takes time away from his work with the FBI. Having failed in his mission to avenge his lost would be lover, Serena Roarke, Gabe returns to Alabama in search of the missing diamonds needed to reopen the investigation and to lay low from the death threats he's received since Smythe went free. Almost two years after her sister's death, Leannan O'Neal feels the loss of Serena more now than ever. A secret meeting between them before she died left Lea with an ugly figurine and nothing but questions. Hang-up calls at work and a trashed house reminds her of the card Serena gave her. "If you find yourself in trouble, go to him and only him" were the last words her sister spoke to her. With Smthye out for revenge and hot on her heels, Lea goes on the run in search of Serena's 'Angel', but how long can Gabe keep her alive, and is the cost worth more than her life? 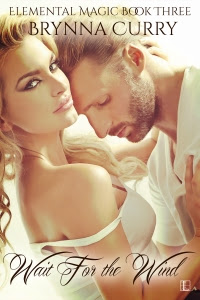 Wait for the Wind, Elemental Magic #3

Kate O'Connell grew up loved by the Corrigan family, all the while suffering from the inescapable reality of her own alcoholic father. At a young age she gave her heart and innocence to Ryan Corrigan. For once happiness seemed within her reach, until in one horror-filled night, the monster she called 'Daddy' changed everything. Too many misunderstandings forced Kate and Ryan apart, but now Kate's come home to open her clinic and raise her daughter, Allaina, closer to his family. Will she be able to open Ryan's heart to his magic? Ryan is glad to be back on Irish soil, but the reason he left still haunts him. As he tries to build a new life and redeem his past, can he forgive Kate and reclaim his healing gift in time to save his sister and her twins? 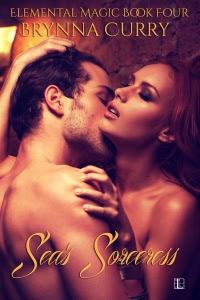 Love can come along at the most inconvenient times... Skye Corrigan treasures family above all else. Standing by his best friend Rhia while she suffers the heartache of losing her father to cancer has strengthened their childhood bond. Lately Rhia affects him in ways she never has before. Rhiannon O'Malley shares Skye's past and hopes for a future with him, but love must come with a willing heart. Her father's terminal illness has left her in charge of the family pub. Skye has always been there for her, but when their relationship changes, will she find the courage to claim the future? Or will a thousand-year-old curse keep its grip on two hostage hearts? 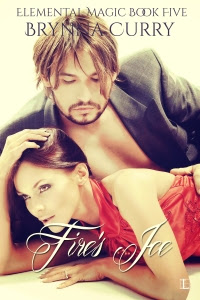 Ultimate power, or endless love? Born the son of a Scottish laird a thousand years ago, but now trapped by his cousin's spell, Devin McLoch has seen countless battles and death. The erstwhile thief has turned away from darker pursuits to lead a life of peace, protecting those he loves and considers part of his clan. However, there is one woman he can never forget, who must be given a chance to change, to accept her heart and his. Arianne Farrell is just as dangerous and intoxicating as her power. Imprisoned in an ancient stone dance more than a thousand years ago, her only chance at freedom from the spell is through love—a love she denied. When Devin asks for her aid to save another from imminent death, she realizes there is more at stake than just her freedom or her heart.

Brynna Curry was born south of the Mason-Dixon Line. After living all over the southern states, she finally landed in North Alabama where she lives with her husband and their three children. Growing up, books fueled her dreams and imagination, ultimately becoming her salvation during the hardest times in her life.Writing is her passion, but she enjoys the fun of sharing those stories with others by reviewing books and working in publicity. When she isn’t writing or promoting, she’s often found haunting the library for new books to read or just spending an quiet evening at home with Jackie watching old westerns on TV. Although her wizards, shifters and vampires are as real to her as anyone, she insists love is the truest magic and with it every day is another wonderful adventure.