Lastly, you can't spell Halloween with Highlanders! No, you can't. ;-P Historical and Scottish Romance author, Paula Quinn, joins us now with some wicked Highlanders! 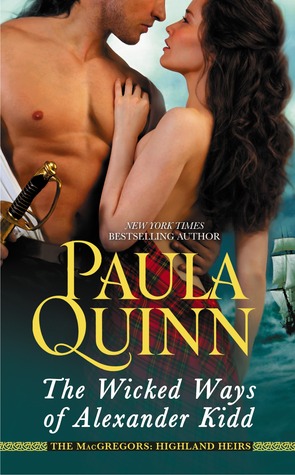 As the sheltered niece of a Highland chief, Caitrina Grant longs for adventure beyond the lush hills of Scotland. So when a pirate ship glides into the loch, tempting her with promises of exotic lands and hidden treasures, Trina sneaks aboard. But she is unprepared for the consequences-and the seductive captain who demands the ultimate price for her deception . . .

For Alexander Kidd, the sea is no place for a lady. Pursued by deadly enemies from every direction, Alex won't rest until he claims the bounty of riches left to him by his father, the notorious Captain Kidd. A stowaway will not be tolerated-no matter how beautiful. But soon fighting his desire for Trina becomes his toughest battle yet, and he will have to make an agonizing choice: sacrifice his quest-or lose the woman who has stolen his heart. 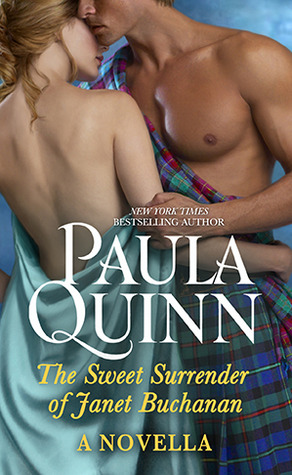 Janet Buchanan is no man's property. She refuses to marry her family's sworn enemy-consequences be damned. She'd rather take a dagger to the brute herself. Yet when a tantalizing-and infuriating-man from her past comes to her rescue, Janet finds herself undeniably tempted by his hot, hungry kiss.

Notorious for his prowess as a lover and a fighter, Darach Grant has only one goal in mind: to defend his kin's land from the impending siege of a hostile clan. The last thing he needs is the delicious distraction of Janet Buchanan-the only woman who can stir his ire as deeply as she warms his blood. But Janet's intended will stop at nothing to claim her, forcing Darach to choose between surrendering his honor . . . or his heart.

New York Times bestselling author Paula Quinn lives in New York with her three beautiful children, three over-protective chihuahuas, and a loud umbrella cockatoo. She loves to read romance and science fiction and has been writing since she was eleven.  She loves all things medieval, but it is her love for Scotland that pulls at her heartstrings. http://www.paulaquinn.com/