Sexy Snippets: Over the Line (Alpha Ops #1) by Emmy Curtis 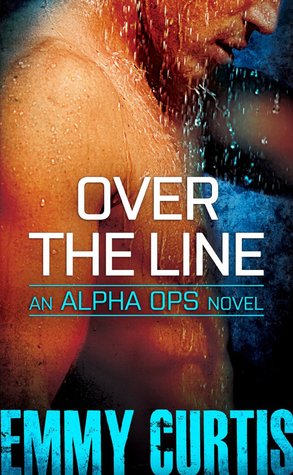 He was seriously about to come. There was no way he could watch her touch herself like that. His hand left her thigh, and he shifted forward in his own seat so he could touch her. Sweeping her bra open, he exposed her to the car's air conditioning that he'd innocently switched on when she'd first said she was hot. He couldn't not look. he couldn't not pull over.
He did both. Put on the parking brake and dived for her, taking one sweet nipple in his mouth and biting gently on it.
Beth moaned, a sweet, sweet sound that filled his ears and  made his body pulse with need. And then her hand made contact with his dick. She stroked him through his pants, pushing hard against it, forcing the blood to pump around it like lava.
His hand slipped up her pants again, and this time he pressed lightly against her hot, damp panties. The mere touch sent shivers through them both. He has to take charged here, He gave her nipples one last lick... and then a little more biting, until she ground herself against his hand.
"Make me come. I'm so close, James."