What can go wrong when dating an angel? The Angel Killer by Lisa Voisin (#Giveaway)


Eight Things That Can Go Wrong With Dating an Angel
(By Mia Crawford, Main Character of The Angel Killer, and Lisa Voisin)

First of all, I wanted to thank Reading Between the Wines Book Club for having me on their blog today. I’m here to talk to you about things that can go wrong with dating an angel.

My name is Mia Crawford. A few weeks ago, I discovered that the guy I love is someone I knew in a past life. We first met thousands of years ago and he fell from Heaven to be with me. We were happy. Until things went really wrong. I died prematurely, and Michael went to Hell.

But that was another lifetime. Now that Michael’s back, we’re trying to make our relationship work. We’ve had some disastrous close calls so far.

It’s only taken me a few weeks, and Michael certainly has his good qualities: he’s strong, loving, kind, and gorgeous. But if you think dating an angel would be like living up there on some little love cloud (sans harp), think again. Here are some of the challenges:

1. He’s on duty – a lot: Seriously, angels don’t get days off. They don’t need to sleep either, so their shifts can last for days on end. So, you’d better get a hobby.

2. He’s also in danger – constantly: Angels are warriors of Heaven. His job puts him on a front line against evil, which means he’s in harm’s way. He’s selfless and courageous, but all those heroics means he could get hurt at any time.

3. Demons: Angels are constantly fighting demons. While he’s really very good at keeping them at bay, they do try to show up and catch him off guard. If you’re around an angel, chances are a demon’s not far away.

4. He could enthrall you: Angelic energy is powerful stuff, and if he isn’t careful and sends some your way, he can enthrall you and make you do anything he wants. Usually only fallen angels do this, but it’s always a risk, and he has to constantly keep himself in check.

5. Babies – If you’re looking to start a family one day (which I’m not, by the way – not yet), he seems to be the perfect candidate: tall, gorgeous, strong, truly kind hearted. But that Angelic DNA doesn’t mix well with humans - just ask Enoch!

6. You’re never alone: As long as he’s on duty (which is pretty much always) he’s connected to the other angels, which means they can see where he’s at and what he’s up to. Talk about awkward!

7. Other angels popping in – literally: Angels can teleport and will just show up when needed. These sudden visits can occur at any time (Again, awkward!)

8. Sex is off the table – for now: This rule feels like it should be number 1, but I think I wanted to save the best for last. There are strict rules forbidding angels from mating with humans (see Babies, above). So while both of you want to “do the deed,” it could mean he won’t be an angel anymore. You might have to scale things back to the “friend zone” until he can figure things out. Don’t think he won’t fight for you though.

If you want to see what can really go wrong with dating an angel, check out The Angel Killer, by Lisa Voisin. While The Angel Killer is the second book in The Watcher Saga, it can also be read as a standalone. 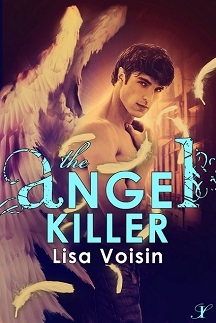 Now that she’s found him again, all Mia Crawford wants is some downtime with her fallen angel boyfriend, Michael. But the call of duty keeps him away—from school and from her—with more demons to smite than ever.

When Michael is mortally wounded by a cursed sword, Mia must perform an ancient blood ritual to save him. But the spell exacts a price. Haunted by visions of war, torture, and despair, Mia discovers the world is in more danger than she ever imagined. Behind the scenes, an evil adversary pulls all the strings.

After redemption, there’s Hell to pay.

Don't miss book one, The Watcher!

A Canadian-born author, Lisa Voisin spent her childhood daydreaming and making up stories, but it was her love of reading and writing in her teens that drew her to Young Adult fiction.

Lisa also leads a writing group for teens in North Vancouver, works as a technical writer, and teaches meditation. Her debut YA novel, The Watcher, won the Chanticleer award for best paranormal fiction.

A self-proclaimed coffee lover, she can usually be found writing in a local café. When she's not writing, you'll find her hiking in the mountains to counteract the side effects of drinking too much caffeine!

Though she’s lived in several cities across Canada, she currently lives in Vancouver, B.C. with her fiancé and their two cats. http://www.lisavoisin.com/