Promotional Post: What a Woman Desires by Rachel Brimble (#Giveaway) 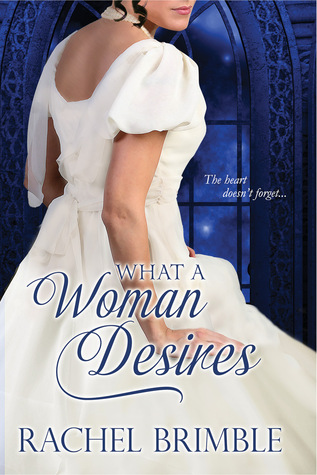 
From country girl to actress of the stage, one woman dares to live her dreams—but is she brave enough to open her heart…?

Monica Danes always wanted more than the village of Biddlestone had to offer. After a failed courtship to a man of her parents’ choosing, she fled for the city of Bath and never looked back. Today, Monica is the undisputed queen of the theater—a wealthy, independent woman. But when she is called home in the wake of tragedy, Monica returns—intending to leave again as soon as possible.

Thomas Ashby has been a groom at the Danes estate since he was a boy—and has been enamored with Monica for almost as long. He knows he isn’t a suitable match for his master’s daughter, despite the special bond he and Monica have always shared—and their undeniable attraction. But now that she’s returned, Thomas has one last chance to prove himself worthy—and to show Monica a life, and a love, she won’t want to give up...

Rachel Brimble lives in South West England, near the famous City of Bath. She is married with two teenage daughters. A member of Romance Writers of America and the Romantic Novelists Association, Rachel writes contemporary romance and romantic suspense for Harlequin Superromance and Victorian romance for eKensington/Lyrical | https://www.rachelbrimble.com/

Tour-Wide Giveaway:
Ebook of What a Woman Desires and Paperback of Christmas At The Cove - 2 Winners
Entry-Form