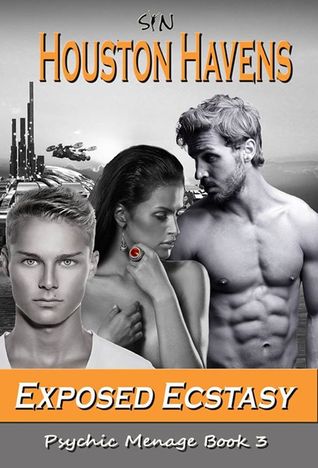 
Daughter of the Dirt Dweller’s ruler; Tessla Reto attempts to escape the Underworld after the mysterious disappearance of her best friend. She knows her untimely death is also near if her father, Landen Reto discovers her part in forming the rebels to fight against him. The two men sent to help her get away are killed and she’s rescued by a handsome stranger…or is she?

Faerydae returns to Earth in search of an inner peace his soul can’t find after the death of his friend Chandra Lamar. Instead, he finds himself in an unplanned rescue of a woman that stirs everything he’s fought a lifetime to deny. Can Faerydae stay focused on his goal to expose his past and true Fae bloodline, or will destiny play her hand? Shomar’s uncomplicated world is tossed asunder when his best friend, Faerydae, shows up with a stray puppy and a woman who steals the heart of his soul the moment he looks at her. Only to discover Faerydae and the woman claim they can’t stand each other, yet his intuition tells him otherwise. Will Shomar be able to win the woman of his dreams or will Faerydae always have her heart?

Will Tessla find her freedom? Will Faerydae keep his, or will Shomar succeed in his plan to expose them to their hidden ecstasy?

Faerydae proceeded to tether her hands to the post of the captain’s chair with one of the silky ropes. An inflaming need consumed her the second she felt the material touch her flesh. Those were no normal ropes. They infused her body with a demanding desire for the ultimate pleasure.
“Spread her legs apart.” Faerydae commanded Shomar.
He did as ordered and grabbed her ankles, parting them wide to expose her throbbing pussy, making her feel vulnerable. The tawdry revealing of her wet and swollen genitalia uncovered a secret pleasure of hers; exhibitionism. She’d spent a life time covering up her need and the pleasure she got from exposing herself. Until now, her only outlet had been released through fantasies.
Faerydae smirked as if he knew her hidden pleasure. As he tied another one of his transcending ropes around one of her ankles, her needs heightened for more decadent behavior. She clamped her teeth down over her bottom lip, fighting the urge to demand he bind her pussy lips with one of his magic ropes. She wanted to feel the silkiness of the braid slid through her wet slit and rake over her needy asshole. She lowered her head to her chest and moaned as she warred with her need to expose her dirty desires.
“I want to see...” He used the word as if he knew about her need. “...how wet her beautiful pussy is and if she’s ready for us.” Faerydae stood there ogling her, and she felt her clitoris tug at her in arousal. Her nipple hardened as she watched him and Shomar gawk at her wet slit. Faerydae’s mesmerized stare focused on her pussy was making her heart pound with exhilaration. He was studying her feminine part; how her outer swollen lips cover every fold of her inner lips. His gaze seemed to absorb her seductive, innocent pink coloring, but when she saw his tongue move over his bottom lip with a hungry swipe, she just about came. Her legs tensed. Her pussy throbbed. Her heart filled with pleasure. She could see he desired her pussy, be it wrapped around his rock-hard cock or slipping his tongue between her fleshy slit, he wanted her.
“Oh God!” Her mind was on fire with a burning arousal, and her body was in need of their throbbing cocks.
Shomar’s gaze drifted from her pussy up her body to stop at her breasts. She jostled them for his watching pleasure. He moved up, acting as if he were checking her wrist ties, but manage a taunting brush of his arm across her hard nipples several times, as he feigned tightening the knots on her wrists. When he backed away, his let his fingers grazed over her breast then returned to tweak her nipple.

Stop by for a visit and leave a comment at http://houstonhavens.wordpress.com

GIVEAWAY:One reader will receive a digital copy of this title in their choice of format. To enter, just fill out the rafflecopter below. Good luck!