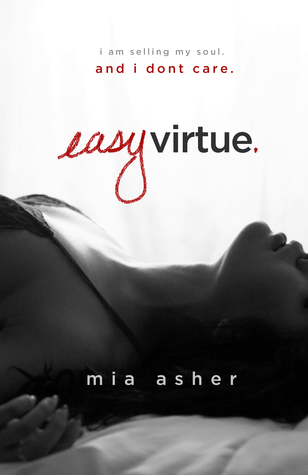 My name is Blaire.
I'm the bad girl.
The other woman.
The one who never gets the guy in the end.

I'm the gold digger.
The bitch.
The one no one roots for.
The one you love to hate.

I hate myself too...

Everyone has a story. Are you ready for mine?

What is love?
I don’t know.
I’ve never had it.
Is it even real?
No, I don’t think so. I mean, how can I believe in love when I’ve never witnessed it? When it seems to only exist in books and films, or in the lives of more fortunate people than me? Trust me, I know.
Love is my personal chimera.
I am gazing at brown eyes, admiring the richness of the color, the beauty of the man to whom they belong to.
“You’re so beautiful, Blaire … so wet,” he murmurs, his hand going between my legs as he begins to rub me. His fingers spread me open to their soft invasion, tuning my body to his wants and needs, preparing me to be taken as the hot friction of his touch lights a wild fire within my body. It’s not the first time he has touched me like this, but each time feels better and better—the sensations all-consuming and heady.
One finger.
Two fingers.
One finger.
Two fingers.
Over and over again.
His invasion is fast and slow, deep and shallow. His touch is soiled heaven.
As I open my legs wider for him, I wonder if it feels this good because of him or because I’m taking something that doesn’t belong to me and making it mine.
“Oh God … I love you, Blaire. I love you … I love you …” he pants in my ear.
“Don’t stop … it feels so good,” I breathe.
Okay, maybe it’s because at this moment in time this man thinks he loves me and no one else but me, however false his proclamation may be.
I close my eyes as his lips land on mine. He kisses me softly as if I’m made out of gold, kissing me with that familiar mouth I’ve seen smile tenderly at me so many times before. The assault of his tongue debilitates me but doesn’t incapacitate me.

“It’s four dollars, gorgeous,” the cute barista says, smiling at me.
I’m about to pay for my cappuccino when I hear a deep, manly voice say, “Let me get that for you.”
A man wearing a beige suit comes forward, standing next to me as he hands the barista some bills. “I’ve seen you around … you’re Paige’s friend.”
I smile, licking my suddenly dry lips. “Thank you, and yes … I know Paige.”
The smile on his handsome face seems to freeze as his gaze follows the tip of my tongue, the spark of hunger brightening his eyes. Inwardly, I smile because who knew it was so easy to make men desire me, particularly when I went without attention for so long.
“My pleasure. Are you,” he coughs, “here with someone else?”
I shake my head and look at him through fluttering eyelashes. “No, I’m here all by myself.” I pause, touching his arm invitingly, and smile. “Would you like to join me?”
He looks around the coffee shop, probably considering if he should, if it’s proper to do so, but less than five seconds later, he’s staring at me once again. “Sure.”
Yes, just like that.

My name is Mia Asher.
I'm a writer, a hopeless romantic, a wanderer, a dreamer, a cynic, and a believer. And, oh yes…I might be a bit crazy - but who isn't? http://www.miaasherauthor.com/