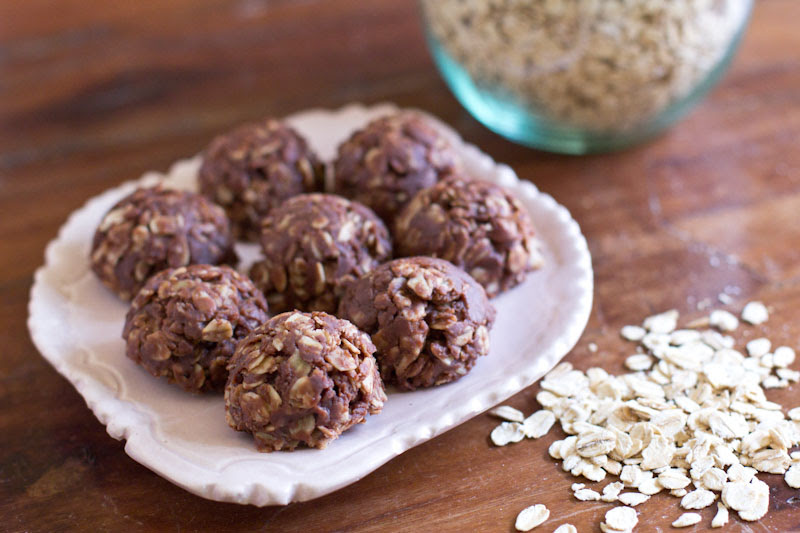 I have a confession to make, I turn into a big cookie monster during the holidays! A friend of mine made me these Nutella cookies that were to die for! They were so good that we were sitting at the Italian restaurant, Pomo, when a woman came up and practically accosted us for the recipe! She asked my friend for her secret recipe, and did she tell her? Hell no! She told the woman to Google it. I know it’s not very Christmas-y. But anyway, I finally convinced her to divulge her secret recipe, here it is! I dare you to eat only one!

Directions:
In a saucepan, combine butter, milk, sugar, and cocoa powder and heat over medium heat. Bring to a rolling boil and let boil for one minute. Take the pan off of the heat and add Nutella and vanilla to the hot mixture. Stir until combined. Add oats and stir until completely incorporated. Put dollops onto a baking sheet with wax paper on the bottom. Let cool in fridge until solid and voila! The most awesome cookies you’ve ever tasted! 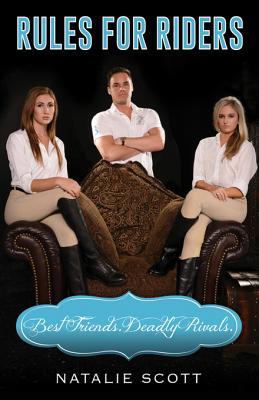 After a near fatal riding accident, Bebe Barkley is banned from riding and sent off to boarding school. Finn Foxley, her roommate and partner in crime, devise a plan to get themselves kicked out of school, in order to return to the world they love.

Once back on the Equestrian circuit, best friends will become deadly rivals! Enter Billy O'Reilly, Bebe's handsome trainer, who will enforce 7 Rules that will turn Bebe's world up upside down forever.

Natalie Scott grew up in Melbourne, often referred as the cultural capital of Australia because of its great restaurants, trendy cafes and great shopping! Natalie developed a love of books when her fourth grade teacher read the book Lion, the Witch and the Wardrobe by C.S Lewis.

In high school Natalie devoured the classics, her favorite being Catcher in the Rye by J.D Salinger. At University she studied English Literature and Communications, though she will openly admit to spending a lot of time at the college pub where she liked to make up outrageous stories before traveling extensively through Europe and the United States.

Throughout her travels, she fell in love with sunny California where she attended classes at UCLA Writer’s Program. Natalie also attended numerous writers’ conferences including Santa Barbara, San Diego State and Grubstreet. She was the recipient of the Outstanding Fiction award given at the Southern California Writers Conference. In her spare time, Scott worked as a spokes model for companies including the AMC Network,, We Entertainment, Hasbro, Adobe and Sony.

The Aussie gal is a foodie who loves Vegemite and currently resides in Scottsdale, Arizona where she enjoys sharing her passion for food, enjoys exploring new restaurants, happy hour, traveling, and a passion for books and fashion.

Scott’s debut novel, Rules for Riders, is a fast and furious, coming-of-age story set in the world of equestrian riding. http://www.nataliescott.com/

Natalie is giving away 1 paperback copy of RULES FOR RIDERS (US only), OR 1 kindle version to one reader. To enter, just leave a comment on this post sharing your favorite holiday dessert and then fill out the rafflecopter below. Good luck!
a Rafflecopter giveaway