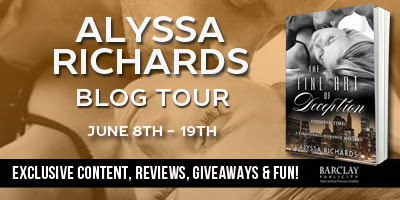 Get lost in this sexy and suspenseful debut novel from Alyssa Richards, where an art appraiser has a gift for seeing the history of an object with just a touch, tries to put her gifts and her troubled past behind her.  Fans are calling THE FINE ART OF DECEPTION: UNDOING TIME, "enthralling" and "a new take on paranormal romance that you just can't put down!" 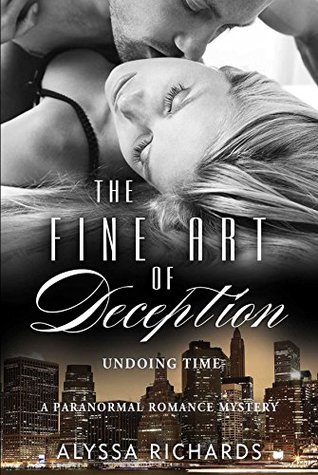 
Art appraiser Addison Montgomery just wants a normal life. One where she can ignore the vicious ghosts who follow her. One where she’s free from her “gift” of touching an object and seeing the owner’s deepest secrets. And one where she can fall in love without having all of the above get in the way.

But when tall, dark, and dangerous gallery owner Blake Greenwood enters her life, normal is the last thing she’s feeling. The man has more secrets than the priceless art he sells, giving Addison’s quest for normal no chance. That, and he may just hold the key to uncovering the truth behind her father’s unexplained disappearance.

Despite her paranormal gifts warning her to stay away, she feels an inexplicable, captivating fascination for him, something that goes deeper than attraction. There’s something between them that’s older than time, and if she can learn to give him her trust, it may just save her life.


Alyssa Richards is a paranormal romance author who lives in the South with her husband and two children. She recently published her first paranormal romance book called The Fine Art of Deception: Undoing Time and is currently working on the sequel.  Alyssa’s writing is influenced by her curiosity with ghosts and the supernatural world.  She writes daily and believes that discipline and commitment to the craft are critical to be a successful writer.  Whenever she gets the opportunity, Alyssa enjoys travel, spending time with her pups, and nurturing her herb and rose garden. http://www.alyssarichards.com/