So I have this YA Romance scheduled to come out on May 18th. It’s called Jivin’ Tango. Want to read the official blurb? Yes? Here you go! 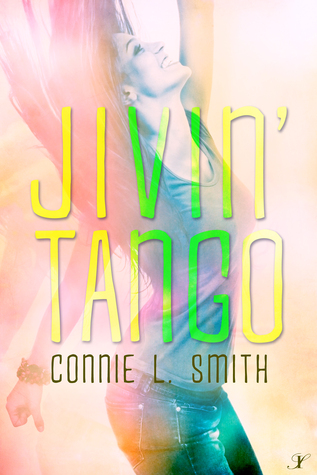 Lila and Austin have known each other since she befriended his younger brother when she was a toddler. In fact, since her parents moved from her hometown, Lila’s lived with Austin’s family. The two are friends, though more of the teasing, taunting breed than the BFF variety.

But all it takes is one moment for everything to change…

For Austin, that moment comes when Lila performs a rumba in the school’s auditorium to qualify for the state dance competition, the young woman on stage so far-removed from the little girl in his memories.

For Lila, the moment is a reflected image of Austin preparing for prom, the guy standing in front of his mirror hardly resembling the child that spent so much of his youth pestering her.

Will they find a way to admit to themselves and their families that their feelings are deeper than friendship? And can Lila focus on this building relationship – and deal with her unstable ex – and still win the dance contest?

This is exciting for me for a number of reasons, not the least of which is the change in publication. For the very first time, I’m nearing the release of a book being traditionally published! It’s been a different experience than self-publishing, but I’m happy to report my publisher—InkSpell Publishing—has been amazing at letting me have the book I want for a final product. From editing to cover design, I was allowed a good amount of say, which is pretty fantastic. For those of you considering publishers, you might want to check those guys out. They’re kind of all right :)

For this upcoming release, the dance-romance that’s claimed so much of my life these last months, I’m giving readers of this post an EXCLUSIVE excerpt of the book! This was not a part of the media kit, guys. No other blog was provided this look into the story! Not one!

When Lila comes home, she has her hair back in a messy bun, and she’s wearing a blue t-shirt with a pair of jeans. Now this girl, I know.
I wave at her after she dumps her backpack by the door, and she soon drops next to me on the couch. “What are we watching?” she asks.
“ESPN.”
She glances at me in mock seriousness. “There’s more to life than sports, Jock-Boy.”
“Like dancing?” I tease.
She snorts before moving her feet to the couch and placing her elbow on the furniture’s back. “Okay. Let’s have it.”
I simply look at her like I have no idea what she’s talking about.
“Come on, Austin. You saw me dance, and I’m sure you have all kinds of not-nice comments to make. Let’s hear them.”
“Begging for ridicule.” I cluck my tongue. “Some might say you’re a masochist.”
“Hardly. I just know you.”
I don’t say anything at first, mainly because I’m weighing the validity of that statement against what’s going on in my head. She might know me, but after today, it’s pretty clear I don’t know her as well as I’d thought.
“Let’s have it,” she encourages after a few seconds of silence.
I stare at her with my eyes jokingly narrowed until I finally set the remote on the coffee table, lift my index finger, and clear my throat dramatically. “You neither broke your neck, nor impaled your partner with those heels you were wearing.” I nod and let my hand fall back to my lap. “Congratulations.”
She smiles wider and rests her cheek against her fist, her elbow still on the back of the couch. “That’s it?”
For a minute, I can’t breathe. She’s Lila. Quirky, sassy Lila, and she’s more dressed-down than a lot of high school girls would be in public. I’ve seen her like this a thousand times, so how can I only now be noticing how beautiful she is when she isn’t trying to be?
I clear my throat again, though this time it’s not for show, and force my attention back to the television. “If they don’t pick you, they’re crazy.”
I can feel her watching me, but I don’t glance at her. If I do, I might do something stupid, like kiss her.
“Thanks,” she soon mumbles, shifting toward the TV. “I don’t always want them to bench you for games.”
I laugh, and suddenly realize how much I do that around her.
I might be in trouble.

Connie L. Smith spends far too much time with her mind wandering in fictional places. She reads too much, likes to bake, and might forever be sad that she doesn’t have fairy wings. And that she can’t swing dance. Her music of choice is severely outdated, and as an adult she’s kind of obsessed with Power Rangers. She has her BA from Northern Kentucky University in Speech Communication and History (she doesn’t totally get the connection either), and is currently working on her MA.