#CoverReveal: DARK DESIRES AFTER DUSK & KISS OF A DEMON KING by Kresley Cole Part I


We're excited to share with our readers the next two covers for the repackaging of Kresley Cole’s phenomenal Immortals After Dark series! Here are the latest Hot Off the Press new looks for DARK DESIRES AFTER DUSK and KISS OF A DEMON KING. You can see the new covers for books 1-3 HERE and books 4 & 5 HERE. These books will also be on sale starting June 1st! What do you think? Do you like the new covers or do you prefer the originals? Let us know! 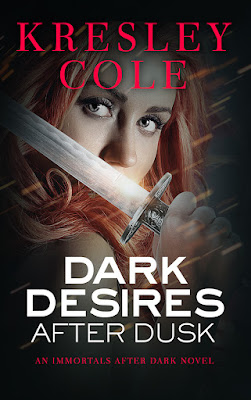 A seductive beauty he can never have, yet can't resist...
Cadeon Woede will stop at nothing to atone for the one wrong that will haunt him forever. But once he secures the key to his redemption, the halfling Holly Ashwin, Cade finds that the woman he thought he could use for his own ends and then forget haunts him as much as his past.

A tormented warrior she should fear, but can't deny...
Raised as a human, Holly never knew that some frightening legends are real until she encounters a brutal demon who inexplicably guards her like a treasure. Thrust into a sensual new world of myth and power, with him as her protector, she begins to crave the demon's wicked touch.

Surrender to dark desires...
Yet just when he earns Holly's trust, will Cade be forced to betray the only woman who can sate his wildest needs -- and claim his heart? 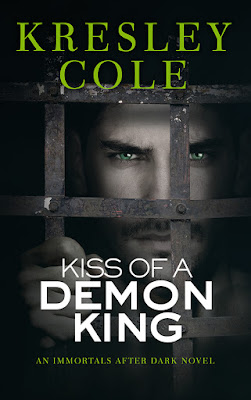 HIS OBSESSION...
Sabine, Sorceress of Illusions: the evil beauty who surrenders her body, but not her heart.

HER DOWNFALL...
Rydstrom Woede: the ruthless warrior who vows to keep her at all costs.

THEY WERE NEVER SUPPOSED TO WANT EACH OTHER THIS MUCH...
With each smoldering encounter, their shared hunger only increases. If they can defeat the sinister enemy that stands between them, will Sabine make the ultimate sacrifice for her demon? Or will the proud king lay down his crown and arms to save his sorceress?


Each of the above will be available in eBook format at a special price of $1.99 from June 1st – July 6th.