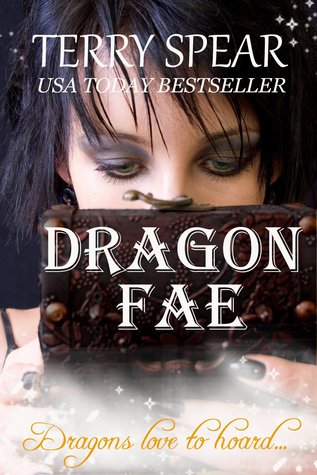 Seeking to save Cassie from the dark fae, Princess Alicia runs into trouble in the form of dangerous fae seers. A dragon fae, who is different from all the rest, is sent to locate and rescue her. Simple mission. All Ena has to do is find the princess and return her home. Except nothing is simple in the world of the fae. Not when two fae kingdoms are involved. And humans. And fae seers. And all the trouble that can cause.

Fearing losing Alicia, Prince Deveron is ready to eliminate his own cousin for all the trouble he has caused over Alicia's best friend, Cassie, a human she grew up with. But Micala is not giving her up, even if it means taking drastic measures.

And Ena has her own troubles when this one little mission turns into a nightmare of epic proportions.

Linda's Thoughts:
"Oh, sure," Cassie said. "Take me to your faery world. I've always wanted to see Tinker Bell." Not. She'd had to watch the movie when she was a kid because her parents had thought she should enjoy some fantasy stories in her early years. What sane kid wanted to be a child forever? Being older had lots more perks.

DRAGON FAE by Terry Spear is a wonderful addition to her World of Fae series! I adore Terry's fae! They're fun-loving and there's always some shenanigans, light drama and tomfoolery going on! Every one of the books in this series are perfect for the young and the young at heart! As regards the heat level, there's some kissing, but no hanky panky to be found in the World of Fae.

DRAGON FAE is the fifth book in the series. Whereas the former books all worked well as standalones, I believe that the reader needs to be familiar with the story and the characters from the first book, THE DRAGON FAE, for full enjoyment of this one. Truly, every one of these books have been endearing treats that I can see myself listening to over again.

There's a lot going on in this tale with multiple storylines which all converged at the conclusion. Prince Deveron, Princess Alicia, Micala and Cassie -from the previous books - all play an integral part in this tale, plus we are introduced to Ena, a kick-ass dragon shifter fae, and human seer Brett.

Ena is a pixie stick of dynamite - a real firebrand in a fracas. She is not someone to cross! Brett can see the fae, aka he's a fae seer, Brett is only alive because Princess Alicia interceded on his behalf and he's now Ena's first-ever human prisoner. Brett seems to be settling into life with the fae but something tells me that he may never work in her garden.

As the story opens, Alicia has snuck away from faedom to warn her childhood friend, Cassi, against continuing to see Micala. Alicia fears that if Cassi continues to see Micala  that her life will be ruined. Unfortunately, while on this mission, Alicia is seen by fae seers who capture her and hold her prisoner. Alicia's disappearance throws both the dragon fae and lion fae kingdoms into turmoil. Prince Deveron, Alicia's betrothed, is beside himself. Ena is tasked with tracking and retrieving Alicia by Alicia's father, the dragon fae king. AND that's just the beginning! You'll have to read/listen to this tale to find out more!

The surprise ending was a warm fuzzies one that left me with a huge smile and maybe a little tear of happiness. Besides that happy event which I won't elaborate further upon, my favorite scene was a gutsy self-defense move flawlessly executed by the human Cassie.

Alicia's sweet friend, Cassie, who never thought of anyone as being a stranger, rushed up to Halloran and kneed him in the groin. The big bad dragon shifter cried out, clutched his crotch, and fell to his knees. Cassie grabbed Alicia's arm and ran with her toward the back of the keep. Alicia glanced over her shoulder and couldn't believe her human friend had dropped the dragon fae.

Cassie spoke up, "He is like Peter Pan and the Lost Boys." ...
Tameron said "No one is lost here. And we have just as many girls, well, maybe not as many as we have boys, but a fair amount. Who is this Peter Pan you speak of? A hero?" he asked Cassie.
Alicia spoke up then ... "He led a group of boys in a world of adventure on an island paradise."
Tameron looked at Cassie to see if she agreed. She smiled and nodded.
"This Peter Pan was real?" he asked.
"No, he was a fairy... uhm, tale," Cassie said.
Tameron smiled. "I like the idea. I'll have to read it sometime..."
---

Ena wore black because she knew it could stir panic in the hearts of mankind. Black gave the impression of power and authority. Could anyone imagine how Ena could strike terror in the hearts of any person if she was wearing... pink, for instance? Or sunshiny yellow?
---

Cassie was not a screamer! She didn't scream at football games or on rollercoaster rides or at scary horror movies. Not that rollercoaster rides and scary movies didn't make her want to. But she just controlled the urge. Always. So she didn't even realize that was her screaming at the top of her lungs for a second or two.

The wonderful narrator for the previous books wasn't available, so this installment features a new narrator, Elizabeth Phillips. She had some really big shoes to fill and she did very well though I confess that I missed the prior narrator's playful tones. Elizabeth's voice is very clear. She did a good job voicing the characters - though there was a bit of a curve for me becoming accustomed to her male voices; I don't think a new listener to the series would have that issue - it's just that I'd been so familiar with the previous narrator and her interpretations. Bottomline: I would not hesitate to pick up another book narrated by Elizabeth Phillips.

Terry creates the most incredible flights of fantasy - in this case, fae-tasy - with her books. I don't see how she does it, but she does. DRAGON FAE was a quick, imaginative and entertaining delight. I've listened to all the previous books and loved this story. Ena's story carries forward to the next book, THE HAWK FAE, available now. Brett is featured in the following book, THE PHANTOM FAE, also available now. AND I have it on good authority that Tameron, who reminded me of a Peter Pan fae, will be getting his own story too! There's so much to look forward to in this enchanting series! Maybe Terry will add a book featuring the cobra fae in Kansas; I'd like to know why they go there and what they do for fun there!

"I guess I'll wake up tomorrow and find I'm not in Kansas anymore."
"You're from Kansas?" Most of Kansas was not a lion fae territory. She'd heard the cobra fae loved to go there, however.