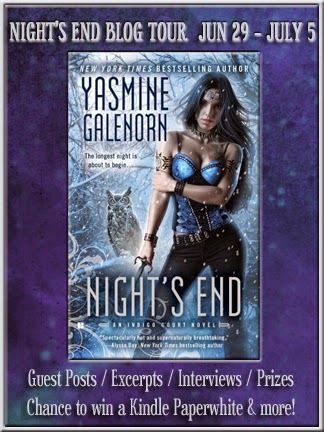 Please give a big welcome to Yasmine Galenorn who is joining us with her final book in the Indigo Court series, NIGHT'S END!


In writing a couple of the other posts for my blog tour for NIGHT’S END, I started to think about what it means to end this series. While I have made my goodbyes to the series as a whole, I find the characters still lurking around the edges of my mind. Their stories are finished, but I think there’s part of me still holding on to them. And I think that’s because they’re old friends—they’ve lived inside my mind since 2010 when I first started writing their story. That’s a long time to have a connection with someone, even if they are creations of my own imagination.

What people don’t realize is how real an author’s characters can be to them. I know that every time I have to kill or hurt a character—well, a main or secondary character—it hits me in the gut and sometimes I end up crying while I’m writing. I think I’ve cried so much during my work over the years I could support the tissue industry.

But pain and loss happen are no strangers to our lives, and they have to happen in books too, in order for them to be realistic. To quote a line from one of my favorite movies: “Planes are gonna crash. Earthquakes are going to happen. People you know and love are going to die. And no matter what that voice tells you, there’s nothing you can do about it.”  It’s really all in how the characters handle those losses and setbacks that shows their true natures.

So, letting go of Cicely and her friends…of Ulean, of Grieve and Lannan and Rhiannon and all the rest…I think it will be a process. They don’t just vanish once I type ‘the end’ on the final book. And even though I’m excited about new characters and other stories to come, old characters linger, in the corners of my thoughts.

Now and then, I find myself sending them a wistful, “Hi there, I wish we could have traveled further together…” But sometimes, people leave you partway through the journey. And characters and books and series…well…they have their own time line in the writer’s life. That’s just the way of things.

So, what have been some of the most memorable books and characters that have stuck with you throughout your reading career? 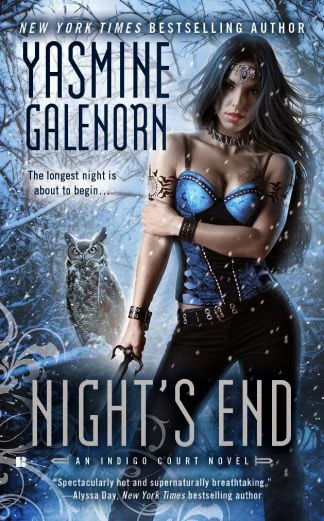 Eons ago, vampires tried to turn the dark Fae in order to harness their magic, only to create a demonic enemy more powerful than they could have imagined. Now, in a final push, Myst returns with a vengeance to bring the Golden Wood forever under the rule of the Indigo Court.
Newly crowned Fae Queens Cicely and Rhiannon have embraced their destinies and claimed their thrones. But Myst is rising once more, and now, at the helm of her armies, she begins her final assault on the Golden Wood. As Fae, vampires, and magic-born alike fall under the tide of blood, Cicely and her friends must discover a way to destroy the spidery queen before they—and their people—face total annihilation. 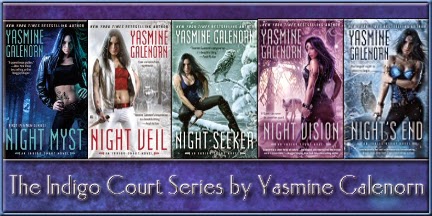 Indigo Court series blurb:
The moon sheds light on a playground for monsters and magic...
Eons ago, vampires tried to turn the Dark Fae in order to harness their power. Instead, they created a demonic enemy more powerful than they dared to dream. Bent on enslaving the world, the Vampiric Fae have been quietly massing their strength for centuries. Now, Myst, queen of the Indigo Court, is rising again...and a long-prophesied war is brewing.
Born witches Cicely Waters and her cousin Rhiannon--who are jet and amber, the moon and the sun--and their friends are the caught between ancient enemies, trying to protect all that they love. Adult Urban Fantasy (Explicit Sex) 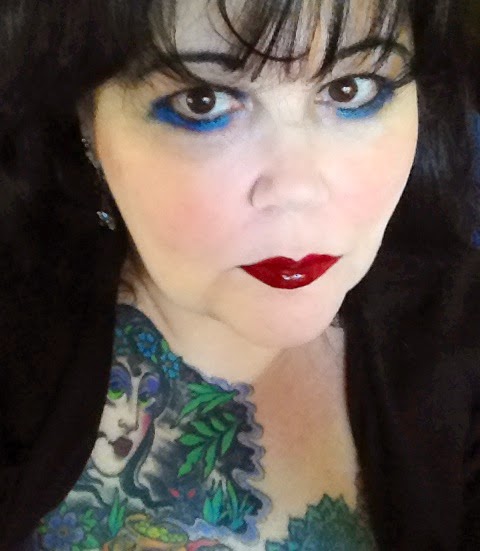 Yasmine Galenorn is the New York Times, Publishers Weekly, and USA Today bestselling author of the Otherworld (Sisters of the Moon), the Indigo Court and the upcoming Fly By Night urban fantasy series. In the past, she also wrote two mystery series for Berkley Prime Crime (one under the pen name of India Ink) and eight nonfiction metaphysical books.
Yasmine is a caffeine junkie (iced, quad shot, almond milk sugar free no whip lattes), and describes her life as a blend of teacups and tattoos--the former in her china closet, the latter on her skin.
She is a shamanic witch, has been married to Samwise Galenorn since 1993, is the mother of four cats, and they reside in Kirkland WA.

Individual blog contests:
ONE print copy of NIGHT MYST (US only, I’m sorry.)
To enter; just leave a comment on this post answering Yasmine's question and then fill out the rafflecopter below. Good luck!


Tour-wide Grand Prize contest:
Below is the rafflecopter link for a tour-wide prize, offered by Yasmine. The prize basket includes a Kindle Paperwhite and other goodies. The tour-wide contest will begin on June 29th, and will run through the end of the day on July 7th. Winner will be chosen and notified via email on July 8th.