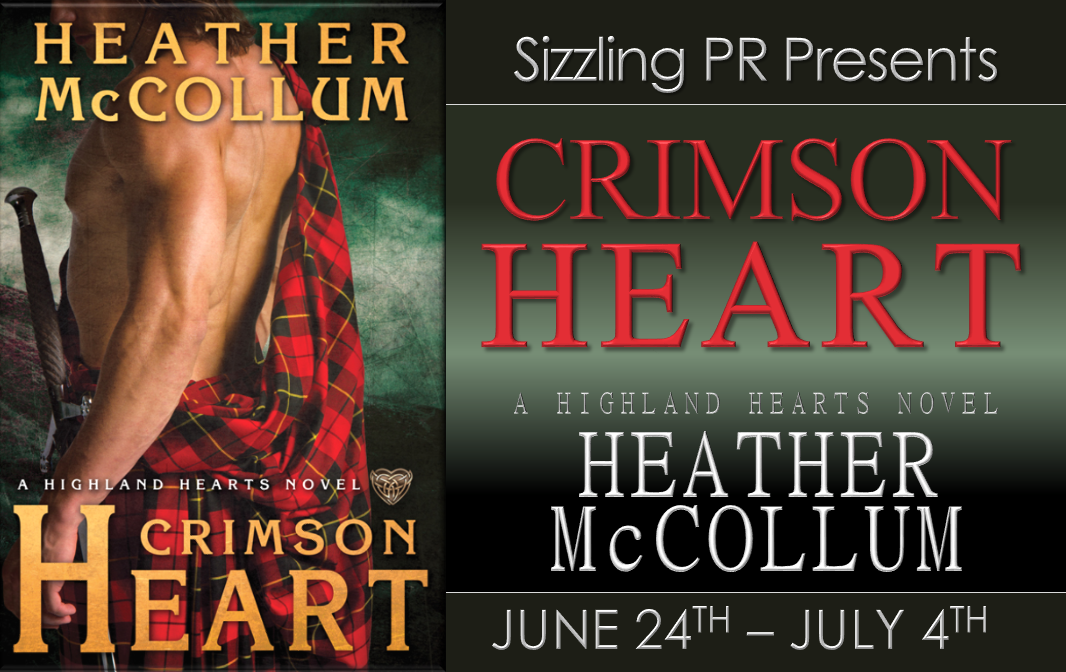 Thank you for having me here today on Reading Between the Wines! I’m thrilled to announce the release of CRIMSON HEART, my third full-length novel in the Highland Hearts series! The series takes place in 16th century Britain and all my heroes are Highland warriors (except for one raucous, but valiant, pirate in my novella, UNTAMED HEARTS). Having created and written the character arcs, adventures, and romances that make these men amazing, I’ve become an expert on what makes a Highland hero. Below are MY top five traits, with an excerpt example from my book, CRIMSON HEART.

“You are a warrior.” Elena watched him shake out his dry shirt in the low light that filtered into the tent. The rain had stopped overnight and they had woken with the dawn. “How is it you have no scars?” Her gaze glided over his broad, perfectly smooth back and followed the sinewy lines of his shoulders down his sculpted arms. She was a maid and knew little about large, naked men, and Searc Munro made her flush. Even without the stolen strength, he could probably lift boulders. His biceps were large, probably from hours of swinging his heavy sword. The only mark on him snaked around his forearm like the thin tail of a dragon. “Except for that mark. Is it from birth?”
“Aye.”
Her gaze slid across his chest. “You are able to wield a sword as if it were as easy as breathing. You are brave enough to come to a lady’s defense. Yet not a single scar to mar your skin. Do you just use your magic in battle?”
“Nay, I do not.” His jaw looked hard as if he clenched his teeth. “My mother is a healer.”
“The one who doesn’t wish to be called a witch?”
He stopped, his eyes narrowing as if he wished to smile, yet he didn’t. “I have but one, aye.” He brought her more bee balm so she could change her poultice. “She’s cared for every slice of my skin so that no scars remain. She steals the proof of my battle tales despite my complaints.”
“Would you like me to maim you here where she can’t heal you? I am quite good with a bow.”

2. An Impressive Sword
Searc turned his horse, Dearg, with his knees as he drew out his long sword. The lethal song of it, sliding from the scabbard, shot warrior’s instinct through Searc’s muscles. His heart raced, feeding his body with the rush of blood and power. Every sense he had intensified. His magic swelled inside him, waiting to be allowed release like a hungry beast gnashing at the bars of a cage.

3. Helps Those In Need
He plucked a drowned bee from her tangled mess of hair then helped her climb up the sharp incline. She ached from the cold but her foot hurt the most. She limped a step and turned. Elena’s shift was completely sodden and clung to her body. She plucked at it so the stained white linen wouldn’t stick to her taut nipples. She crossed her arms over her chest and groaned inside. Freezing, practically naked, and without her bow or dagger, she was at the mercy of the stranger who could kill with a touch. She shivered.
“Are you…?” she started and stopped, her breath still coming in shallow pants. “Are you…a demon?”
He stepped forward before she could retreat and lifted her, his arm under her legs. He strode briskly back toward the clearing he’d found her in. “I do not know.”


4. Respects and Cares for Animals
The gray cat followed them.
“Ye have a way with distraction, lass. How did ye ever manage the cat?”
Elena laughed softly at his joke and glanced up at him. He almost choked. With her cheeks flushed, her hair tugged loose and a spark of mischief in her eyes, she looked like she had just been tupped—tupped and damn happy about it. Her smile was warm and honest and made the beat of his heart feel lighter, more open to breath.
“I have a penchant for disaster,” she quipped. She shook her head. “You saved that cat.” She eyed the feline as it ducked off into the barn.
“I champion the small and weak.” He smiled at her indignant pout as if he spoke of her. “I won’t abandon an animal.” His smile faded.


5. Steals Your Breath with His Kiss
As she turned her face away, Searc grabbed her up in a hold so honestly brutal, he worried at first that he’d hurt her. But Elena wrapped her arms around his neck, pulling his face down as he tilted her face up. Fire raced through his body even faster than in the stable. Already primed, each muscle and his very blood filled with life and intensity. His fingers ran through the silk of her hair, holding her head in the perfect tilt to fit his kiss. Hot and searing, their breaths mingled as they tasted and reveled in the feel of each other. More than a kiss, it was a ravishment on both sides, thirsty and desperate for the taste of one another.

So there you have it, my top 5 list of must-haves for my Highland heroes. Did any of them surprise you? 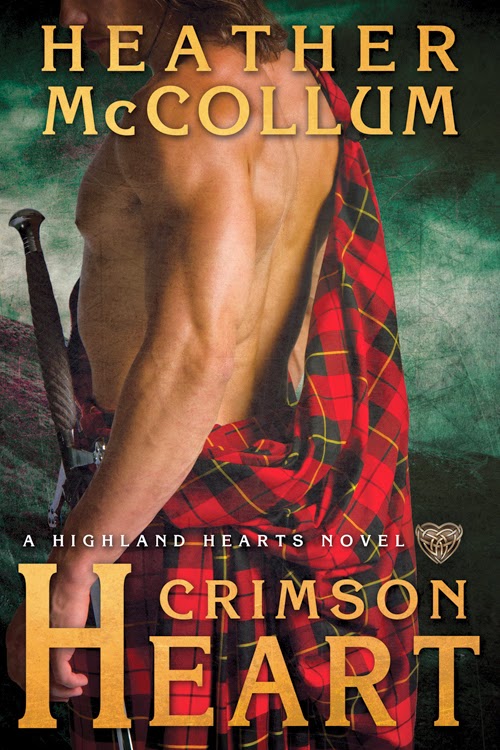 Elena has spent her entire life hiding her family name while walking the thin line between lady and servant in a Protestant household. Keeping the secret of her lineage has been a success for years, but now, with a new, fiercely Catholic queen on the throne, Elena's Protestant caretaker is being targeted. And when Bloody Mary discovers Elena's true identity, she must not only flee to Scotland for her freedom, but also for her life.
Highland warrior, Searc Munro, has secrets of his own. In a family of healers, his own dark, killing magic must never be known. But when his father's life is threatened, Searc unleashes his lethal power to save him. With his clan's suspicious glances and whispers plaguing him, he sets off alone, only to find another use for his magic in saving a beautiful lass being attacked in the forest.
Teaming up as exiles, Elena and Searc head toward Edinburg to find refuge. Yet, with a series of ritual killings haunting the city and a traitor attempting to assassinate Scotland's regent, suspicion turns to Searc. As word of another British heir reaches the country, the two must find a way to trust each other, despite their secrets, before it's too late. 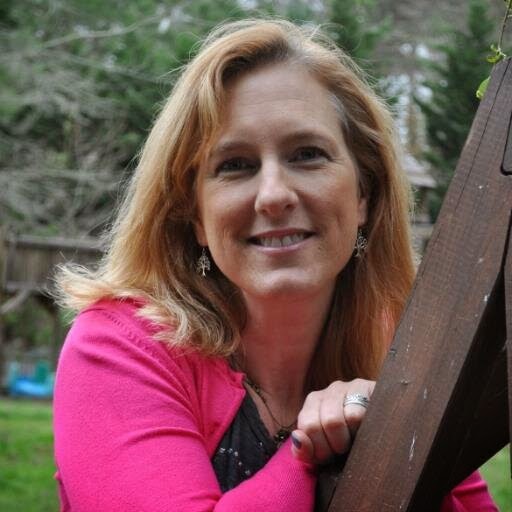 Heather McCollum is an award winning, historical paranormal and YA romance writer. She earned her B.A. in Biology, much to her English professor’s dismay. She is a member of Romance Writers of America and the Ruby Slippered Sisterhood of 2009 Golden Heart finalists.
The ancient magic and lush beauty of Great Britain entrances Ms. McCollum’s heart and imagination every time she visits. The country’s history and landscape have been a backdrop for her writing ever since her first journey across the pond.
When she is not creating vibrant characters & magical adventures on the page, she is roaring her own battle cry in the war against ovarian cancer. Ms. McCollum recently slayed the cancer beast and resides with her very own Highland hero, rescued golden retriever & 3 kids in the wilds of suburbia on the mid-Atlantic coast. For more information about Ms. McCollum, please visit www.HeatherMcCollum.com.