Rochelle Alers' upcoming novel in her Cavanaugh Island series release July 29th and we have a special excerpt to share with you! 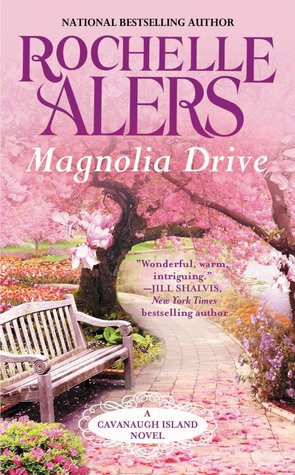 
After a painful divorce and failed acting career, Francine Tanner packs her things and moves back to her hometown of Sanctuary Cove. There, she will join her mother in the family business as a hairstylist at the Beauty Box. Putting her LA dreams behind her, all Francine wants is to focus on rebuilding her life.
Keaton Grace is an independent film writer and director looking for a great place to open his own studio. After happening upon the small-town, he buys an abandoned building and surrounding lands to start his company. But he doesn't expect to bump into the beautiful Francine Tanner when he walks into the Beauty Box for a haircut and shave. Remembering her from a performance years ago in an off-Broadway show, he knows exactly what role she will play in his life.
Sparks fly between the two until Keaton reveals his plan—he wants Francine to star in his upcoming film. Tortured by her Hollywood past, she refuses to have anything to do with the film, even if it means letting go of their budding romance.

“Yes, waiting for you to open the door.”

She turned on the lamp, scrambled out of bed, and walked on bare feet out of her bedroom, through the living
dining room, and down the staircase leading to the first floor. She opened the door and within seconds found herself lifted off her feet as Keaton smothered her mouth in an explosive kiss. Francine cradled the short beard covering his face as he tightened his hold around her waist. He smelled of soap and clean linen. It was obvious he’d showered before coming to her.

Somehow she managed to extricate her mouth, her breasts rising and falling as if she’d run a grueling race. “Come inside before you give my neighbors an eyeful.”


Still holding her aloft, Keaton moved into the entryway and shouldered the door closed. He kicked off his running shoes. “If they’re that nosy then we should give them a real good show.”

Bestselling author, Rochelle Alers has nearly two million copies of her novels in print. She is also the recipient of numerous awards, including the Gold Pen Award, the Emma Award, Vivian Stephens Award for Excellence in Romance Writing, the Romantic Times Career Achievement Award and the Zora Neale Hurston Literary Award. http://www.rochellealers.org/