Today we have two special treats for you historical romance fans! Excerpts from two new books (out today) from Amanda Scott and Anna Campbell, plus you can enter for your chance to win your own copies! 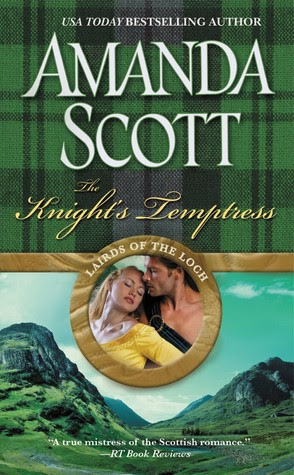 
When Lady Lachina "Lina" MacFarlan of Tùr Meiloach and her new sister-in-law, Elizabeth, are captured by seditious villains who have seized the royal burgh, harbor, and castle of Dumbarton, the two young women unknowingly throw a hitch into the plans of Sir Ian Colquhoun, the daredevil knight of the realm who is on his own secret mission to recapture Dumbarton for the King of Scots.
Instead of securing Dumbaton, Ian must first rescue the women and return them to Tur Meiloach. Their journey will be perilous—especially because Ian has long admired the lovely Lady Lachina, and for the first time she seems to show signs of returning his attentions. But for Ian duty must come before desire. The fate of the King of Scots and Lina's own father rests in his hands. He cannot afford to be tempted by anything—even the promise of Lina's love.

“I haven’t kissed you properly yet,” Ian said, taking Lina by the shoulders and drawing her slowly nearer, tantalizing himself with lusty images as he did.
Someone had lit a cresset on a corner table and several branches of candles, so he had light enough to see her eyes widen and her pupils enlarge.
Her dusky eyelashes fluttered lower.
The bed—invitingly large—stood behind her, its dark red curtains tied back to show that someone had turned down the covers for them.
Putting two fingers beneath her chin, Ian tilted her head up and touched her lips gently with his as he had earlier. Feeling her tremble, he pressed harder and eased his free hand from her warm shoulder down her back. Then, he urged her closer, wanting her to feel the length of his body against hers for the first time.
“I think I’ve dreamed this,” she murmured against his lips.
“Have you?” he murmured back. “I hope not all of this. That would be most unseemly for a maiden, lass. Did you dream this part?” he added, sliding his tongue into her mouth. Then, moving the hand at her chin to cup the back of her head, he held her so that she would not pull it back.
As he explored her mouth with his tongue, he deftly removed her veil. Then, casting it aside, he wove his fingers into the thick, silky coils of her hair. His tongue continued working busily, tantalizingly, in the velvety confines of her mouth.
He felt her soft breasts swell against him.
When she moaned softly, he eased his fingers through her hair, finding pins and loosening the coil and then her golden plaits. His free hand drifted from the small of her back to the curve of her bottom.
“You taste like honey,” he murmured against her lips. He savored the taste and tasted again.
She was silent but wonderfully submissive as if she were willing to learn as he explored her, and once again, he marveled at her calm. But it stirred him, too, as it had in the past, when it had stirred him to mischief. Now, it stirred other senses.
He wanted her even more than he had anticipated. But, his father had often said that a marriage was a long and often thorny relationship. One did well to remember that and not proceed as if one had just received a new plaything.
“I see that you have set me a new challenge,” he whispered in her ear.
“What?” Her breath touched his neck, sending blood coursing through him.
“To make you want me just half as much as I want you.”
With a little gasp, she pulled back enough to look at him, her rosy lips softly, sensuously parted. Her eyes warmly reflected the golden glow of the candlelit room.
Sure of himself now, he reached for her kirtle laces. 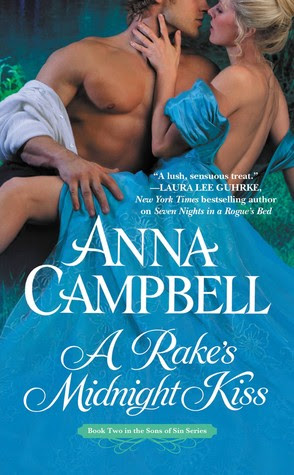 It Takes A Lady
Brilliant scholar Genevieve Barrett knows how to keep a secret. Her identity as the author of her father's academic articles has always been her greatest deception—until a charming housebreaker tries to steal the mysterious Harmsworth Jewel from her. She doesn't reveal that she recognizes her father's devastatingly handsome new student as the thief himself. For Genevieve, this will be the most seductive secret of all...
To Catch A Thief
Sir Richard Harmsworth has been living a lie, maintaining a rakish façade to show society that he doesn't care about his status as a bastard. Yet long haunted by his unknown father's identity, Richard believes the Harmsworth Jewel will confirm his claim as the rightful heir. But when Richard sets out to seduce the bookworm who possesses the stone, he instead falls for its beautiful owner. But even as she steals Richard's heart, Genevieve will be in greater danger than her coveted treasure...

He shrugged. “Even master criminals make the occasional mistake, Miss Barrett.”
Her belly knotted with dread. This time not even her strongest efforts steadied her voice. “How do you know my name?”
The lips below the mask twitched and he stepped closer.
“Stay back!” she snapped. Her heart banged so hard against her ribs, surely he must hear it.
Ignoring her pistol with insulting ease, he lifted the candle and subjected her to a lengthy and unnerving inspection. Genevieve’s sense of unreality built. Everything around her was familiar. The shabby comfort of her favorite room. The jumbled items on the desk. The pile of pages covered in her writing. All was as it should be, except for the tall masked man with his indefinable air of elegance and his smile of indulgent amusement. She had an irritating intuition that the reprobate played with her.
Bracing under that assessing regard, she made herself study him like she’d study an artifact, although with his face covered she would never be able to describe him to the authorities. Candlelight glinted on rich gold hair and found fascinating shadows under the open neck of his white shirt. He wore breeches and boots. Despite this basic clothing, his manner screamed privilege. And while she couldn’t see his face, something about the way he carried himself indicated he was a handsome man.
A most bizarre burglar indeed.
“A good thief does his research.” He answered the question that she’d forgotten she’d asked. “Although research occasionally lets one down. For example, village gossip indicated that you attended a soiree at Leighton Court tonight.”
“I wanted to—” She realized she responded as if to any polite enquiry. The hand holding the gun showed a lamentable tendency to droop, pointing the barrel harmlessly at the floor. She bit her lip and hoisted the gun in what she prayed was a convincing gesture. “Get out of this house.”
“But I haven’t got what I came for.”


~*GIVEAWAY*~
Forever Romance is giving away a copy of these two books, The Knights Temptress & A Rake's Midnight Kiss, to two readers. (US only please.) To enter, just fill out the rafflecopter below! Good luck!
a Rafflecopter giveaway
Posted by Crystal @ RBtWBC at 8/27/2013 08:00:00 AM