Today I would like to welcome author, Samantha Durante, joining us with the second book in her Stitch Trilogy!

Book Pirates (Not the “Arrrgh” Kind)

I have a confession to make: at one time in my life, I was a pirate.

No, silly, not the swashbuckling “arrrgh” kind – the digital media stealing kind, of course.  Though I’m proud to say I’ve since reformed my unscrupulous ways and now purchase all of my music and streaming TV legally, in my past life as an internet scalawag I probably acquired upwards of 1000 songs and watched at least 10 or so seasons of some of my favorite shows through shady online “sharing” sites.

I still vividly remember the day in high school when one of my friends introduced me to Napster. The first song I ever downloaded was “Flagpole Sitta” by Harvey Danger, and the experience changed my life.  I never looked back (well, until I graduated college and had a job and realized that a) I could afford to pay for stuff and b) it actually made me feel better to do so, since I would never under any other circumstances condone stealing and I was tired of being a hypocrite).


So I get it.  Really, I do.  Why pay for something you can get for free?  Especially if – as was the case with many of the shows/music I pirated – it wasn’t even available for purchase in the format I needed.  Remember that at the time, iTunes did not exist, songs could only be purchased on CDs – and I rarely wanted more than one song off a CD – and watching TV on your computer was still practically unheard of, so without a TV or DVD player in my freshman dorm room, I had no other reasonably-priced way to get my favorite shows and music except through illegal websites.

At the time, the lack of availability was my main justification, along with a healthy dose of the “victimless crime” mindset – after all, who was I stealing from?  Multi-millionaire recording artists?  (I was a big Backstreet Boys/Britney Spears fan.)  TV studios whose incessant commercials I’d suffered through night after night for the last18 years of my life?  I felt I’d already paid my dues – I’d supported these media outlets for years with my dollars and my time, and now I felt I had an opportunity to cash in on some of that investment.  It was my right.

And so almost a decade later, two days after I released my first ever novel – self-published after hundreds of painstaking hours writing, editing, designing, and marketing this wholly independent work – I knew karma had come back to bite me when a Google alert notified me that my book had been posted to not one but THREE illegal e-book “sharing” websites.

It was an interesting feeling, to say the least.

On the one hand, I was outraged.  I hadn’t even sold 20 digital copies yet (priced at only $2.99 no less, for 6+ hours of reading entertainment!), and there were already God-knows-how-many THIEVES reading my work.

But on the other hand… God-knows-how-many thieves were reading my work!!   Someone wanted my book badly enough to *steal* it!  That’s pretty awesome, right??  I was a completely unknown author – even most of my friends and acquaintances didn’t yet know that I’d published a book.  And yet, somehow, the internet did!  People cared!  Readers wanted me!

And it was at that moment that I decided: if you can’t beat ‘em, join ‘em.  No, no, no, I *don’t* mean I download e-books illegally – after all, after writing a few of them, I understand how much hard work goes into a book, and since I can still afford the $0.99-$9.99 it costs to buy an e-book, I put out the cash to support other authors.  But I saw the value in giving my books away for free, and I decided to use that to my advantage instead of fighting it.

I posted polite replies on the forums where my books were being pirated thanking the readers for taking an interest and encouraging them to follow along with the blog tour (where, I made sure to mention, they or their friends had great chances of winning *legitimate* copies of my books in giveaways, if they so desired).  And I followed through with that promise – I hosted TONS of giveaways for e-copies of my books, in whatever format the winner desired.  And then when the Stitch Tour was over I hosted more giveaways, and when the Shudder Tour began I hosted even MORE giveaways.  And I offered my book up for Read-to-Review programs, and gave it away to teachers and libraries and my UPS guy and my drycleaner and pretty much anyone else who asked.  Because I realized that it felt GOOD to give my book away.

And guess what?  All that giving WORKED.  Not only did it get people to *read* my book, but it they were so happy to have been gifted it at all, that they went out and recruited *other* people to *buy* it.  They wrote glowing reviews on the internet.  They recommended it to their friends and colleagues and students.  They even liked it enough to purchase the second one in the series!

So, since the whole giving thing seemed to be working so well, I decided to run an experiment to see how far I could take it.  Right before I released Shudder, I offered up Stitch for free on Amazon for 5 days.  I thought I might get a few thousand downloads, hopefully get some more people into the series before the next book came out.

Well, I succeeded.I had *25,000* downloads.  25,000!!!  And when Shudder came out a week later, my sales were through the roof – both of Shudder, and Stitch.  Turns out people really appreciate getting something for free – and they paid me back in kind by showering me with reviews and referrals and emails filled with kind words and praise.  As I’ve come to learn time and time again, readers are really an incredible group of people.

So to you all book pirates out there, I salute you.  Just do me a favor, and when you find something you like, pay it forward by putting up a good review or telling a friend about it.  Sure, like any author, artist, or producer of any product, of course I’d rather you acquire my books through legal (read: paid) means.  But even if you stick to your treacherous ways, I promise not to hold it against you.  After all, I was you, once – and every pirate is entitled to his bounty.

It’s only been three days, and already everything is different.
Paragon is behind her, but somehow Alessa’s life may actually have gotten worse. In a wrenching twist of fate, she traded the safety and companionship of her sister for that of her true love, losing a vital partner she’d counted on for the ordeal ahead. Her comfortable university life is but a distant memory, as she faces the prospect of surviving a bleak winter on the meager remains of a ravaged world. And if she’d thought she’d tasted fear upon seeing a ghost, she was wrong; now she’s discovering new depths of terror while being hunted by a deadly virus and a terrifying pack of superhuman creatures thirsting for blood.
And then there are the visions.
The memory-altering “stitch” unlocked something in Alessa’s mind, and now she can’t shake the constant flood of alien feelings ransacking her emotions. Haunting memories of an old flame are driving a deep and painful rift into her once-secure relationship. And a series of staggering revelations about the treacherous Engineers – and the bone-chilling deceit shrouding her world’s sorry history – will soon leave Alessa reeling…
The second installment in the electrifying Stitch Trilogy, Shudder follows Samantha Durante’s shocking and innovative debut with a heart-pounding, paranormal-dusted dystopian adventure sure to keep the pages turning.


Haven’t read the first book in the series? Check it out on Amazon and Goodreads. Just $0.99!

Isaac turned toward Alessa.  His blue eyes shone in the light of the fire as he lay propped on his side, his long lean body mirroring hers, a soft piece of tawny hair that had dropped forward on his forehead casting flickering shadows on his face.  Alessa swept the strands from his eyes and trailed her fingers down the side of his jaw.  Bringing her mouth to his soft warm lips, she closed her eyes and let the day’s tensions melt away in the heat of his body.

He kissed her back with intensity, sliding his hands down the small of her back and pulling her close, the electricity buzzing between them.  Alessa gasped at the feel of his body against hers, releasing a soft moan as he traced the line of her chin and then her neck with kisses.  Her body shivered with anticipation.

Holding his face in her hands, she gazed deep into the sparkling oceans of his eyes, the ravages of the storm outside utterly forgotten.  “I missed you, Isaac Mason,” she murmured.

Isaac rolled over suddenly, pinning her beneath him as she pulled her legs tight around his waist.  The reflection of the flames danced in his eyes as if he were lit from within.  He grinned wickedly.
“Oh, Less,” he growled.  “I haven’t even begun to remind you what you’ve been missing.”
STOP 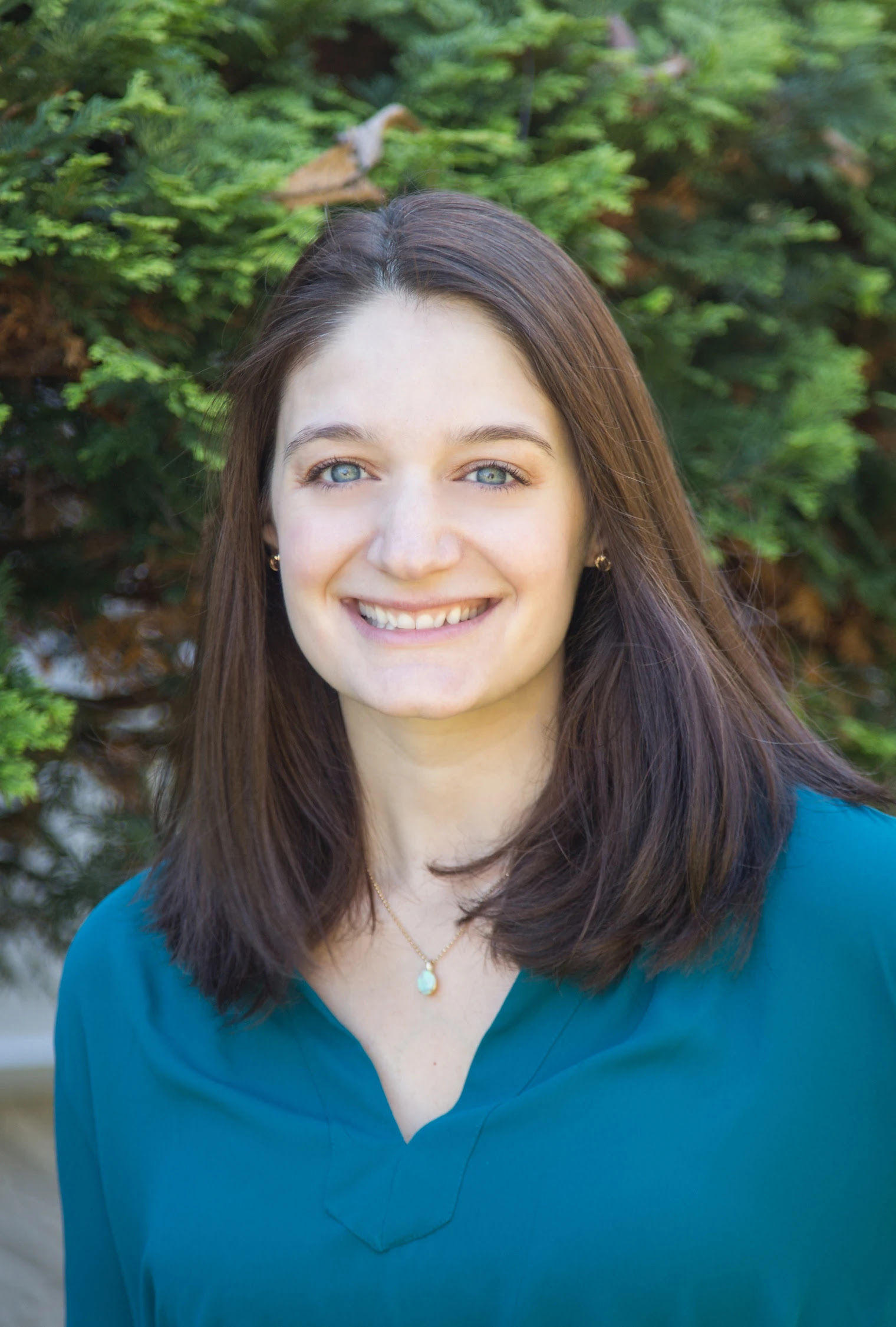 
Samantha Durante lives in Westchester County, New York with her husband, Sudeep, and her cat, Gio. Formerly an engineer at Microsoft, Samantha left the world of software in 2010 to pursue her entrepreneurial dreams and a lifelong love of writing. A graduate of the University of Pennsylvania’s Jerome Fisher Program in Management & Technology, Samantha is currently working full time for her company Medley Media Associates as a freelance business writer and communications consultant. The Stitch Trilogy is her debut series. Learn more about Samantha at www.samanthadurante.com.


Tour-Wide Giveaway:
*Hosted and administered by the author