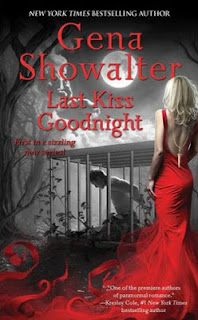 Black ops agent Solomon Judah awakens caged and bound in a twisted zoo where otherworlders are the main attraction. Vika Lukas, the owner’s daughter, is tasked with Solo’s care and feeding. The monster inside him yearns to kill her on sight, even though she holds the key to his escape. But the human side of him realizes the beautiful deaf girl is more than she seems—she’s his.

Vika endures the captives’ taunts and loathing, hoping to keep them alive even if she can’t free them. Only, Solo is different—he protects her. But as hostility turns to forbidden romance, his feelings for her will be used against him…and he’ll be put to a killer test.


Hot, angry alien working as an agent for a super secret organization? Sign me up! Okay, so maybe Solomon Judah's, aka Solo, not described by everyone as a hot alien, but I kinda dig the whole uber masculine, almost beast like type. Call me twisted, but it makes me want to say, "Hell Yeah!" Problem is, Solo's been mocked and ridiculed his entire life for how beast like his appearance can get, so he's a tad bit touchy on the subject. And when I say he's a tab bit touchy, what I really mean is, he'll chuck a truck at your head if you look at him the wrong way.

Enter delicate, but sorely abused and deaf, Vika Lukas, the daughter of the owner to a sick and disgusting carnival that likes to have a petting zoo consisted of Otherworlders (aliens). Vika does her best to hide her impairment, something that was forced on her as a punishment from her father for Vika's behavior one time, but Solo figures her out. Solo also craves Vika like she's a drug, but knows that no one that beautiful could ever want an ugly beast such as himself. (You're wrong Solo! I want you! I want you!)
Solo is taken hostage into this Otherworlder petting zoo, and he needs Vika's help to escape. Vika is resistant to help, no matter how much it hurts her heart at the way the Otherworlders are treated, because last time she helped a group of them escape, she suffered greatly for it. But things go from bad to worse at her father's carnival, and Vika will have to take a chance on Solo's promises to keep her safe. Will it end up being the best decision she's ever made? Or the beginning of her doom?

Duh, duh, duh! You'll have to read to find out. This wasn't my favorite alien romance by Showalter. That would probably go the book with the character Kell (cause I'm kind of in love with him...) Great addition to her bookshelf though! If you like the sci-fi and the romance like I do, give it a try! I'm looking forward to continuing this series. She left us with lots of problems to be solved at the end of this one. A four wine glass toast to my sweet Solo... and maybe my phone number too.