Get the Inside Scoop on Rev with Katie Ashley of Redemption Road! Rev: The Inside Scoop

I think most readers will fall even more in love with Rev in Redemption Road. Most likely, he stole a bit of their hearts during Vicious Cycle. With his 6’3, muscular frame, he appears very intimidating but the truth is he is a gentle giant—a sensitive soul who loves very deeply. But just because he’s got a softer side, it doesn’t mean he doesn’t know how to kick ass and use extreme violence to protect those he loves.

Rev is a true Renaissance Man in the fact that after he returned from a tour in Afghanistan, he used the GI Bill to go and achieve a two year degree at the local technical college. While he probably would have gone further, his father’s world had too much of a hold on him. Rev is the total package of good looks, the ability to communicate his feelings, and he possesses a very, very caring side. He also knows how to take care of a woman in the bedroom, and he always makes sure she comes first…and then many, many times. ;)

He feels a very strong allegiance to his family—both his blood brothers and his brothers of the Raiders. Although he doesn’t always agree with the levels of violence they partake in—he often likes to use his mind over his fists. That’s what makes him the best choice to become president when Case, the former president, is killed in Vicious Cycle. 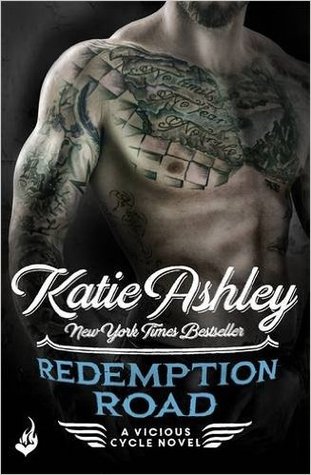 The New York Times bestselling author of Vicious Cycle plunges readers into a world of danger and desire in her newest in the Vicious Cycle motorcycle club romance series.

Looking for a walk on the wild side, Annabel Percy, the daughter of a powerful politician, starts dating a biker she knows is completely wrong for her. But she finds herself living a nightmare when she’s kidnapped and transported into a hell on earth she never could have imagined.

Born and bred into the Hells Raiders MC, Nathaniel “Reverend” Malloy lives and dies for his brothers. But when he becomes the unexpected savior of a rival club’s captive, Rev makes it his personal mission to nurse Annabel back to health—and to shelter her from the nightmares that torment her.

Once Annabel heals, she’s stunned to realize she is falling for the seductive man who saved her. Faced with their impossible attraction, can she accept the life he leads, or will Rev walk away from the only life he’s ever known for the woman he was never supposed to love?

Katie Ashley is the New York Times and USA Today bestselling author of The Proposition Series, Runaway Train series, and several New Adult and Young Adult titles. She spent the last eleven years teaching both middle and high school English, but is now a full-time writer and currently lives outside of Atlanta.