Wine Club Review of Just in Time for a Highlander by Gwyn Cready! 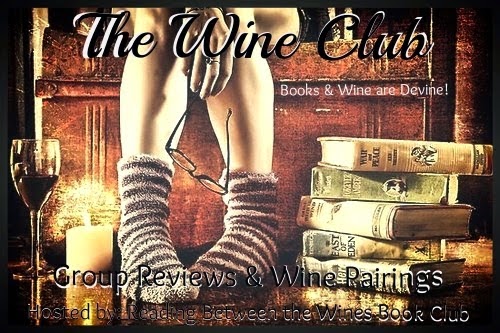 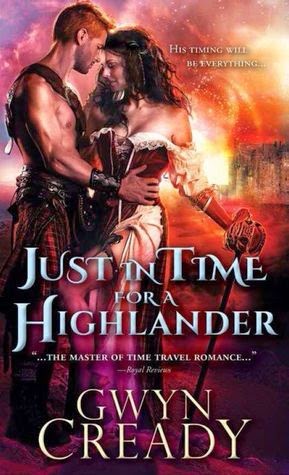 
Just in Time for a Highlander
By Gwyn Cready

Lexi: Time travel romance, some of Cready’s signature humor, and a fine cover. All in all a nice package but the best part for me was that the true highlander was the heroine! Abby Kerr, the head of her clan and one strong willed woman. Except she needs a man, a strong arm to be specific but I think she was thinking of something else when she summoned Duncan. She may not have known what she wanted in a man but she knows how to fight, and that is the kind of heroine I can get behind. How about you, was Abby a high point as well?

Crystal: The packaging on Just in Time for a Highlander was verra sweet. I absolutely love the cover; it's dangerous, sexy and magical all at the same time. The synopsis for the story intrigued me as well.  In the story, although Duncan liked to play at being a highlander, Abby definitely surpassed him in skill. Being a clan chieftess though, you need a strong-willed woman and Abby more then met my expectations of one.

Lexi: I really liked how handy Abby is with a bow. She uses it to make a point more than once with Duncan, especially right after they were together and they fight about money. She brought Duncan to her in a time of need, she is facing bankruptcy and English soldiers along with a looming proposal she needs to do something with. A lot of elements for a good plot and while I enjoyed the combination, I have read other Cready books that were more in my sweet spot. What did you think of the plot?


Crystal: I love archery period, I blame Legolas (LOTR) for this. LOL But back to this story, I really liked how Abby (and the author) found a weapon that she could excel at and that was acceptable for a woman to use in a time where it is very much a 'man's world.'

As for the plot, this is my first read from Cready, so I can't compare it to others, but it didn't wow me like I hoped it would. I think perhaps that it might be because there were so many elements to it. Though I understand setting up the series, there is a slippery balance in giving just enough insight to keep readers interested in future stories and bogging the plot with information that doesn't pertain to the central story-line and overshadowing the main characters of that story. There was also an element of intrigue woven into the plot that I think could have been focused on more and helped move the plot along faster. Instead the twist seemed thrown in.

Lexi: Plot aside; there was a lot of sizzle between Duncan and Abby. I liked how he was the modern one and didn’t have the usual alpha male way of thinking like most highlander books. Duncan is a very giving lover! Was there enough sizzle for you to make up for the plot?

Crystal: Duncan's character was just okay for me. I liked the twist of having such a strong female lead but I would have liked Duncan to be more dynamic. Instead, Abby had a tendency to walk all over him and that is just not the kind of hero I want to read about. The story did have it's steamy moments, but again, I would have enjoyed them more if Duncan were more vehement.

Lexi: Just in Time for a Highlander is the first in a series. I am going to have to read each and every one of them, I love time travel romances. And I hope that Undine, the fortuneteller/witch who gave Abby the magic pouch that brought Duncan, will be involved in each of them. Secondary characters are so much fun. They can meddle and make life so difficult for the H/H; though I felt a little bad for Undine when she started struggling with magic. Will there be more time travel highlanders in your reading future?

Crystal: Undine was an intriguing character, I never knew what she was going to say or do next. Though I am not sure if I will be picking up any more books from this series in the future, I do love a good time travel romance!

Lexi: Cready’s new series started off with a fun light hearted romp, and I am excited to see where the rest of the series goes. Hopefully now that we have the world set we will get straight up story, with more bad ass highlanders of course.

Crystal: I do have to make note of one more thing about the story, a little pet peeve perhaps...Unless I'm mistaken, there were no actual 'Highlanders' in this book. Did you notice that? The story was set in the borderlands and parts of the lowlands. *grumble*

It's tough being a woman in a man's profession, especially for Abby Kerr, the unexpected chieftess of Clan Kerr. Loathe to marry but in need of a strong arm, Abby wishes for a Scots warrior and gets . . . Duncan, the historical reenactment hobbyist.