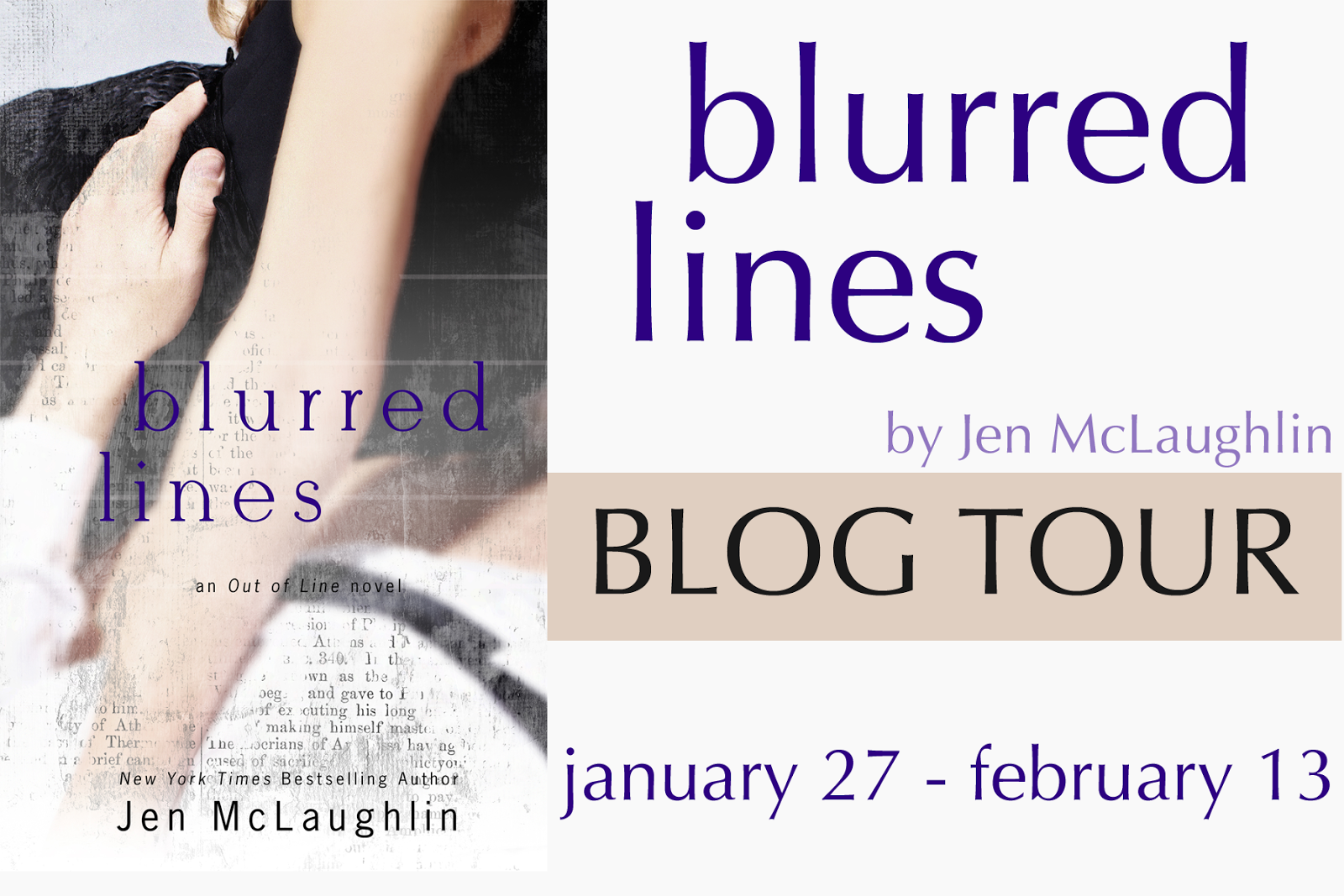 BLURRED LINES is an adult contemporary book and part of the Out of Line series but can be read as a stand-alone novel - and you can pick it up today!

Hello! I’m Jen McLaughlin (though I also write books as Diane Alberts), and I have a new book out! It’s called BLURRED LINES, and it’s the newest book in my Out of Line Series. The book revolves around Riley Stapleton (best friend to Carrie and Finn) and a new to the series character, Noelle Brandt.

As you already know (if you’ve read the series), Riley is a lawyer. If you haven’t read the series, no worries, it’s a standalone book! Feel free to dive in! But I digress… 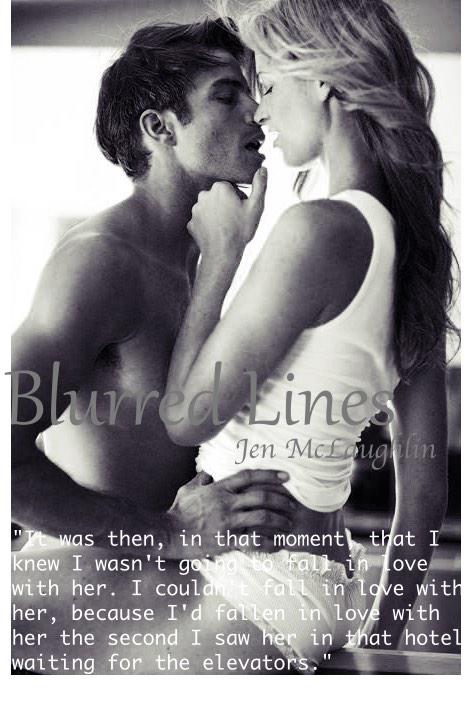 What I want to talk about is Noelle. I had so much fun with her! She’s a romance author, too, so I have to say there is a lot of inside jokes in this book. And in writing a romance author, I got to try to give you (the reader) an inside look at the double-life we writers live. Aka, pajamas, coffee, and frizzy hair when home…but heels, makeup, and skirts when at conferences.

When we meet Noelle, she is at a writer’s conference, and Riley is in her hotel, drunk as a skunk. And what happens next is way too much fun to sum up in one sentence. But if you’ve ever been curious what it’s like to be a romance author…this book gives you a tiny peek!

Except, in full disclosure, I’ve never picked a hot dude up in the bar of my conference hotel because I’m, ya know, married, and my husband might disagree with that choice.

But since I’m boring…what’s the wildest thing you’ve ever done while in a hotel?

Finding my fiancée naked on my couch might’ve been a good thing, if her ex-boyfriend hadn’t been with her. For the past eight years I’ve been a witness to the power of true love, but after getting burned I’d decided there wasn’t any hope for me finding it for myself. Until I met Noelle Brandt in a hotel bar. Maybe it wasn’t the most romantic meeting, but the moment I met her I knew I had to have her. The more I learn about her, the more I know I’ll do whatever it takes to keep her.

I’d already found the love of my life, but I’d lost that love forever. And I’d been lost ever since. But one night a wounded man makes all of that go away. He makes me laugh, live, and feel alive. When he tells me he has no intention of letting me go, I finally begin to believe in the power of true love again. That is, until I find out who he really is…and by then, it’s far too late to correct the mistakes we’ve already made. By the time we both know the truth, the lines have already been blurred beyond recognition. 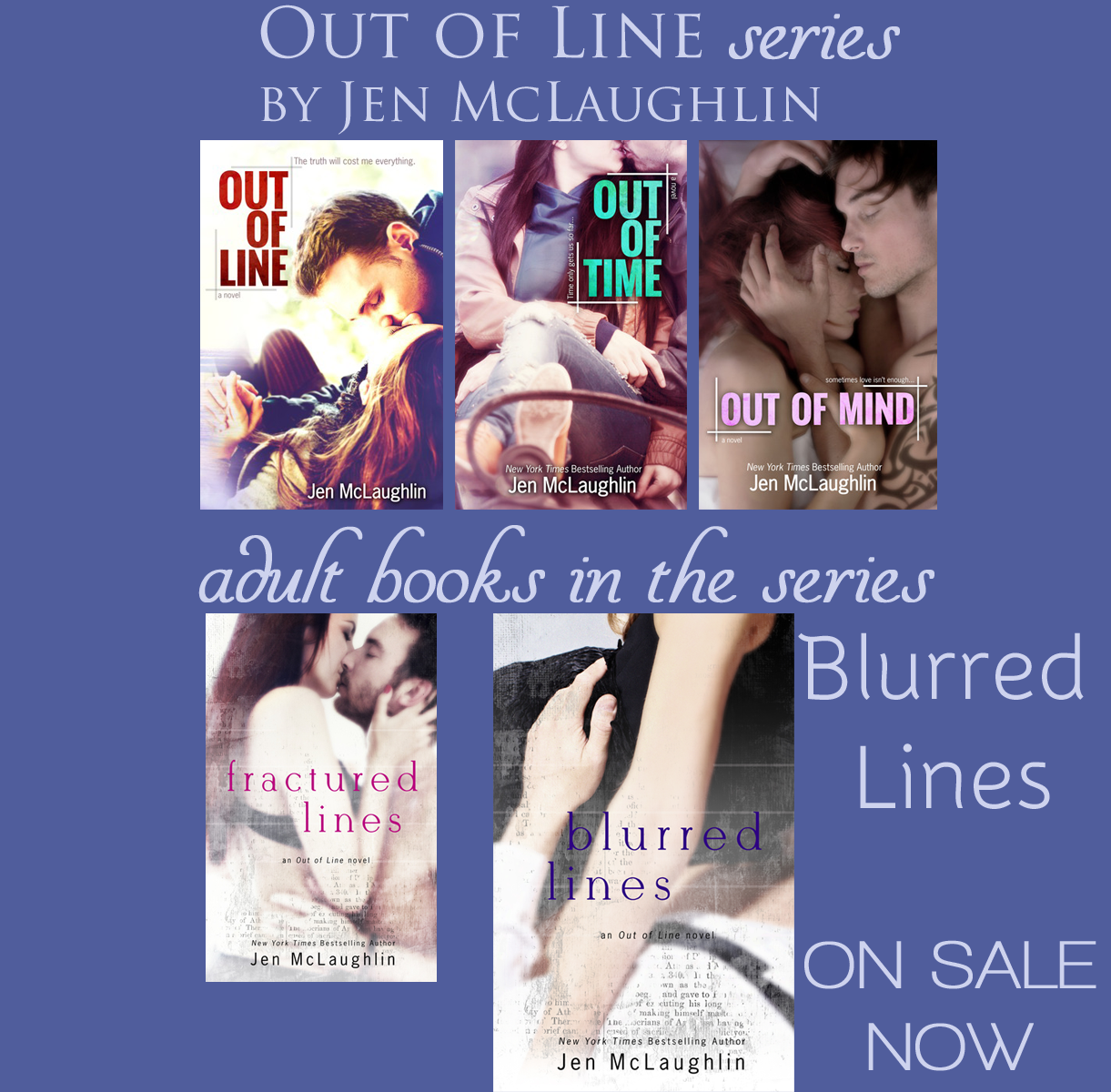 Grab the first four books in the Out of Line series!