If you like to read about hot Navy SEALs, author Tawny Weber has a new release just for you! 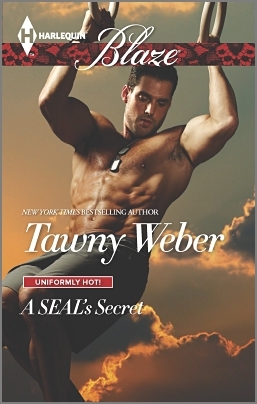 His Mission: Babysit a fitness queen with a hands-on approach!

Navy SEAL Mitch Donovan always plays to win. The push-up contest at the Halloween party should have been a piece of cake. Except that the cake in question is a hot woman dressed as a delicious dessert. Now the only exercise on Mitch's mind is restraint…

Livi Kane may be The Body Babe, but she has zero confidence. This hunky SEAL, however, makes her forget everything—except for a workout involving his hot, naked bod and a whole lot of sexy, sweaty delight. But Mitch has his secrets—and Livi certainly has hers. All it will take is one unexpected encounter to turn this steamy attraction into an even bigger secret that will start showing any day now… 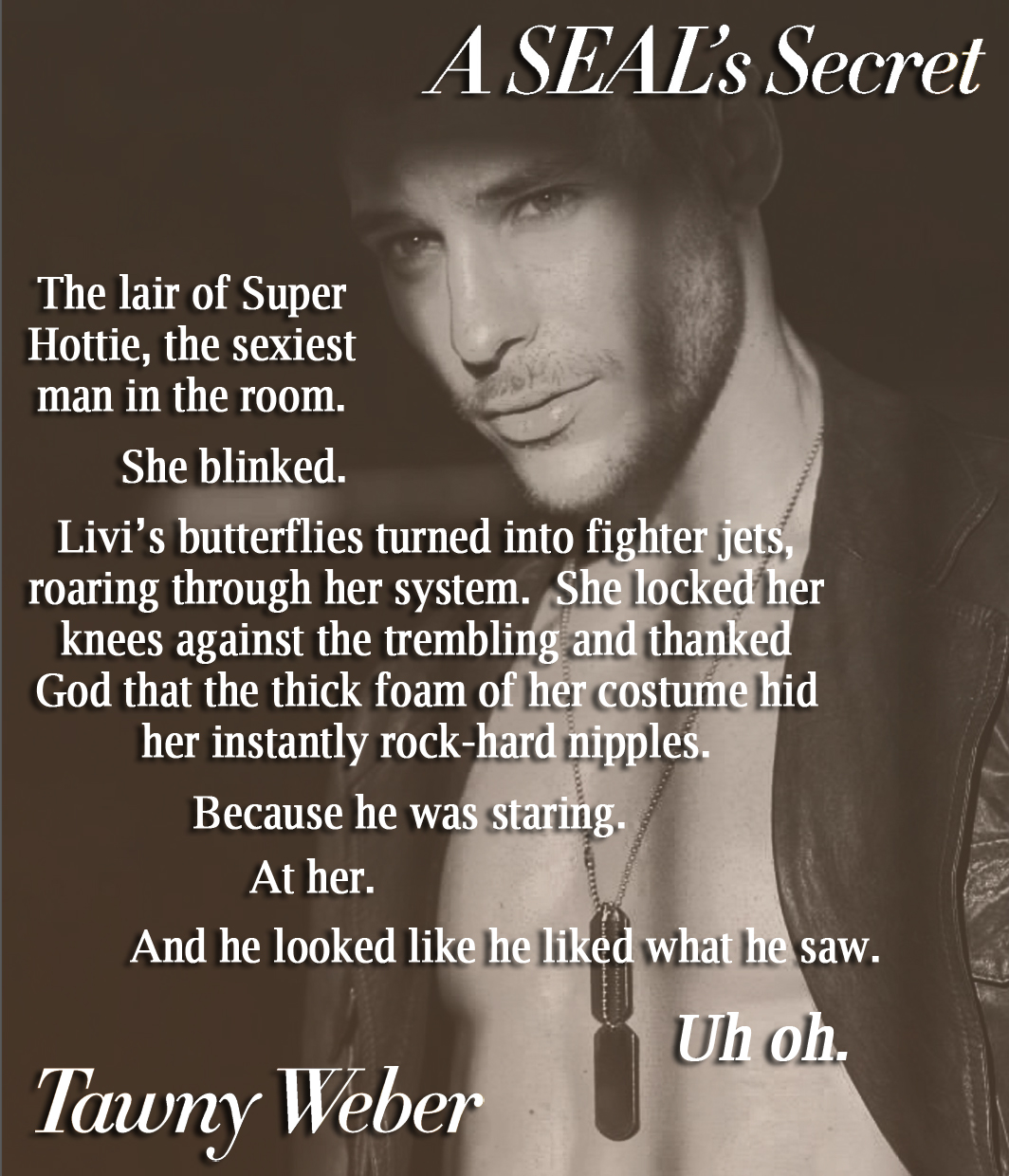 
EXCERPT:
“That’s not what you’re wearing?” Mitch teased as he reached out to rub the fabric of her robe between two fingers.  “It looks perfect to me.”
His simple words were offered with a smile. But there was a look in his eyes that fascinated Livi.  A promise of delights she’d never imagined, a rock-solid confidence that he’d be the best she’d ever encounter.
Livi didn’t know where it came from. She was never forward with men.  Even after a year of marriage she’d always waited for Derrick to initiate sex.
But this was Mitch.
She felt things with him that she’d never felt before.
Edgy desire and a white-hot need.
Tempting passion and naughty hunger.
And comfort.
As if she were safe.  Not just physically safe because he was a SEAL. But safe to be herself, without fear of judgment or reprisal.
It was a total turn-on.
“Actually,” she told him as she unknotted her robe,  “I thought I might wear this.”
It only took a tiny shrug to send the fabric sliding over her skin, down her body and to the floor.
Leaving her wearing two tiny bits of black silk, and the heat of Mitch’s gaze.  Her nerves were gone. There was no room for them in a body filled with desire.
“You wear that and we’re going to have some problems,” Mitch said, his voice a little huskier than before.  The hand that’d tested the fabric of her robe slid along her bare arm now, close enough to warm her breast, but not touching.
Need coiled, low and tight in Livi’s belly.
“What sort of problems?” she asked, not moving.  Barely breathing.
“Hunger problems,” he told her as his hand skimmed her waist now, up to the edge of her bra, then down her side to the tiny strip of lace at her hip.  “We’re definitely going to go hungry.”
She didn’t see him move.
She had no idea how he went from standing a foot away to sweeping her into his arms, but there she was.  Livi gasped, wrapping her arms around his shoulders so she wouldn’t fall.  The she realized she was in no danger of falling.  At least, not onto the ground.
“Nobody’s ever swept me off my feet before,” she said, a little stunned.
“Let’s see what else we can do that you’ve never done before,” Mitch suggested just before his mouth took hers. 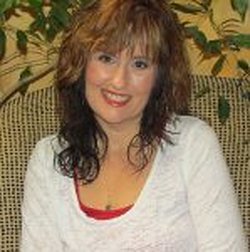 New York Times and USA Today Bestseller, Tawny Weber has been writing sassy, sexy romances since her first Harlequin Blaze hit the shelves in 2007. A fan of Johnny Depp, cupcakes and color coordination, she spends a lot of her time shopping for cute shoes, scrapbooking and hanging out on Facebook. Come by and visit her website at www.tawnyweber.com for hunky contests, delicious recipes and lots of fun.