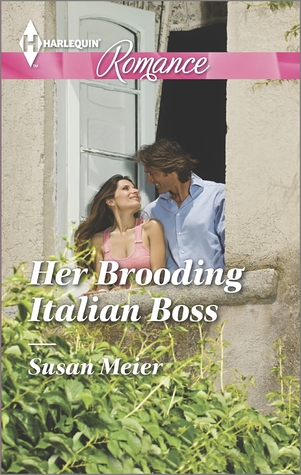 
From his assistant to his muse!

Pregnant and broke, Laura Beth's only option is to take a job with brooding yet brilliant artist Antonio Bartulocci. He may be darkly handsome, but the fiery Italian proves to be a difficult boss!

Since his wife's betrayal, Antonio has been unable to pick up a brush. But captivated by Laura Beth's guileless beauty, he wonders if she could be the woman to unlock the talent he thought he'd lost forever. It's a miracle which reminds him of all that's now good in this life, Laura Beth!


Susan Meier Susan is the author of over 60 books for Harlequin and Silhouette, Entangled Indulgence and one of Guideposts' Grace Chapel Inn series books, THE KINDNESS OF STRANGERS. In 2013 she lived one of her career-long dreams. Her book, THE TYCOON’S SECRET DAUGHER was a finalist for RWA’s highest honor, the Rita. The same year NANNY FOR THE MILLIONAIRE’S TWINS was a National Reader’s Choice finalist and won the Book Buyer’s Best Award.
Susan loves to teach as much as she loves to write and is a popular speaker at RWA chapter conferences. Can This Manuscript Be Saved? and Journey Steps, No Frills Guide to Plotting are her most requested workshops. Her article “How to Write a Category Romance” appeared in 2003 Writer’s Digest Novel and Short Story Markets.  Susan also gives online workshops for various groups and her articles regularly appear in RWA chapter newsletters. She recently debuted four new online workshops, Let Conflict Tell Your Story for You, Conflict and the Category Romance, Keeping the Tension Alive in Romance Novels Without Sex and Self-Editing.
Her popular Monday morning blog, Dear Writers, http://susanmeier.blogspot.com/ features weekly writing lessons taken from her experiences with submissions, revisions and successes.


GIVEAWAY:
Susan is giving away a $10 Amazon gift card to one reader! To enter, just fill out the rafflecopter below. Good luck!