The oh-so-fab, Jessie Lane, released the 2nd book in her Ex Ops Series - STRIPPING HER DEFENSES! This book is amazing and oh-so-sexy! See our 5-Wine Glass Review of Stripping Her Defenses HERE 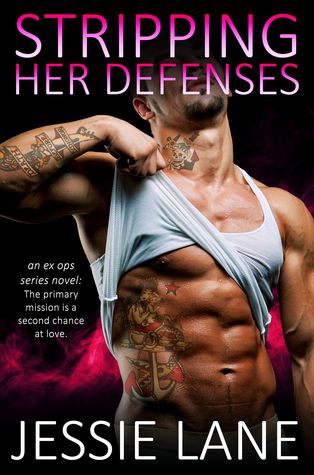 99 CENTS for a limited time!

Jessie Lane is the best selling author of The Star Series, Big Bad Bite Series and the Ex Ops Series.

She lives in Kentucky with her two little Rock Chicks in the making and her over protective alpha husband. She has a passionate love for reading and writing naughty romance, cliff hanging suspense, and out-of-this-world characters that demand your attention, or threaten to slap you around until you do pay attention to them.

She's an investment banker.
He's an outlaw biker.
A little bit of heaven is about to meet a whole lot of hell.

Morgan Powell was raised to be perfect, to set an example for her sisters to follow. Her life has been dedicated to making something of her career, so she wouldn’t know what to do with a man even if you gave her an instruction manual.

Brett 'Ice' Grady spends his days trying to keep up with his teenage daughter, his nights consumed in Regulators’ MC business. He has no time for anything more than a casual hookup.

Two worlds collide when the dangers of his life crash into the calm of hers.

Can she go beyond her own boundaries and chip her way through to the man known to be as cold as ice?