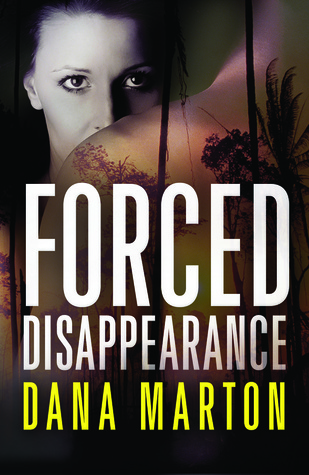 When wealthy American businessman Glenn Danning goes missing in Venezuela, investigator Miranda Soto volunteers to track him down. It’s her first assignment for the Civilian Personnel Recovery Unit, but this mission is about more than salvaging the remnants of her shattered military career. Glenn was Miranda’s best friend and first lover, and she’ll do anything to save him from danger…especially since she just lost everything that mattered to her.

Glenn barely survived being kidnapped and tortured as a suspected spy, but the shock of seeing Miranda again gives him a new lease on life. Their still-simmering attraction grows hotter as the couple races through the treacherous jungle. Determined to reach safe ground, they must stay alive long enough to stop the terrifying enemy who still hunts Glenn. And even if they survive, Miranda’s dark past could jeopardize their future together…


Dana is hosting a Forced Disappearance Release Party on Facebook on 11/24 from 5-9pm EST.  She hopes you can come by and visit!  Just click on the link below to RSVP - Dana will soon be announcing guest authors, there will be prizes, Q&A with some of your favorite authors, and lots of FUN.  So whether you can pop in for 10 minutes or all 4 hours, Dana hopes to see you there!
https://www.facebook.com/events/907850565911284/


New York Times and USA Today bestselling author Dana Marton has thrilled and entertained millions of readers around the globe with her fast-paced stories about strong women and honorable men who fight side by side for justice and survival.
Kirkus Reviews calls her writing “compelling and honest.” RT Book Review Magazine said, “Marton knows what makes a hero...her characters are sure to become reader favorites.” Her writing has been acclaimed by critics, called, “gripping,” “intense and chilling,” “full of action,” “a thrilling adventure,” and wholeheartedly recommended to readers. Dana is the winner of the Daphne du Maurier Award of Excellence, the Readers’ Choice Award, and Best Intrigue, among other awards. Her book, TALL, DARK, AND LETHAL was nominated for the prestigious Rita Award. DEATHSCAPE reached the #1 spot on Amazon’s Romantic Suspense Bestseller list.
Dana has a Master’s degree in Writing Popular Fiction, and is continuously studying the art and craft of writing, attending several workshops, seminars and conferences each year. Her number one goal is to bring the best books she possibly can to her readers. Keeping in touch with readers is Dana’s favorite part of being an author. Please connect with her via her web site or her Facebook page.
Having lived around the world, Dana currently creates her compelling stories in a small and lovely little town in Pennsylvania. The fictional town of her bestselling Broslin Creek series is based on her real life home where she fights her addictions to reading, garage sales, coffee and chocolate. If you know a good twelve-step program to help her with any of that, she’d be interested in hearing about it!