We may not know what jelly turtles are, but we know books! And today we have a short Avon Impulse that is both dark and emotional, and maybe after the author is done talking about this book she will clue us in on the turtles. Welcome Charlotte Stein!


Hello and thank you for having me!

Lexi: Congrats on the release of Intrusion, the beginning of the marathon that is your Under the Skin series. But back to back releases appear to be your MO. A very impressive undertaking, how do you manage to turn out book after book?

I want to say something cool here like “oh I just whizz through seven million words a day and hey presto” but mostly it’s just two things: I work very hard, and I have had a ton of practice over a massive amount of years. I started writing at thirteen and have barely had a day since without some words on the page. Writing has been my life, and luckily for me that translates into lots of books done at a pretty fast pace!

Lexi: Under the Skin is an intriguing series name. After reading the short blurb about each release, I would call them psychology romances. What do you say is your core theme for the series?

I would say it’s exactly that! Wow, you really nailed it there. I wanted it to be all about getting under the skin of my characters, and uncovering lots of layers and details and fascinating things. In particular, I wanted heroes who might not be everything they seem. So I guess maybe Under The Skin has a slight double meaning—it suggests a deep dig into the psychological underpinnings of the characters but also a hint that something more lies beneath the surface. Or at least, I hope so.

Lexi: Intrusion has a man with three first names, Noah Gideon Grant. Noah is exactly what Beth needs, someone to get into her head. He is able to break through to her, but you layer that with her desire to crack his exterior. What inspired this battle of wills?

I love nothing better than two people fighting their way to each other—through their issues, their pasts, their problems and needs and fears. Plus, my favourite sort of romance is one where two people seem to have almost nothing in common, but when you get to the core of them there is a resonance and real connection. Put those things together and you have the kind of book I wanted to write with Intrusion.

I think first person is what I’m best at, so tend to write in that style naturally. However, with this series it definitely made more sense to me to have that really deep POV and put you right in the main character’s shoes. I wanted the reader up so close to everything they could practically feel the characters breathing down their necks.

Lexi: Intrusion will be a read that lets us inside the minds of the characters. And before you go, let us inside the wonder that is a jelly turtle!

LOL but of course—I would never miss an opportunity to spread the goodness around. They are basically little green jelly sweets. Sort of like jelly babies but slightly less disturbing. And they taste like sour apples with a hint of watermelon. Honestly, if you are in the UK search them out! They are the best.

Lexi: Thank you for stopping by Charlotte! Congrats again and we hope to see you back with Under the Skin #2!

It was absolutely my pleasure—thank you so much for the awesome questions! 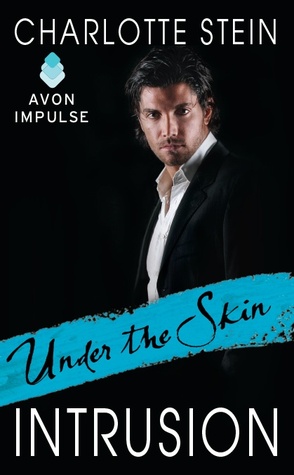 I believed I would never be able to trust any man again. That kindness was only for fools and would lead me down that same terrible path into darkness. I thought so with every fiber of my being-and then I met Noah Gideon Grant.

Everyone says he's dangerous. He never comes out of his house-a place that looks like it could be featured in Serial Killers Monthly. But the thing is … I think something happened to him too. I know the chemistry between us isn't just in my head. I know he feels it, but he's holding back. The pleasure he gives me is unreal-if only I could give something in return. If only he would let me in. I think I can make him feel something good. And for the first time in forever, I want to.

He's made a labyrinth of himself. Now all I need to do is dare to find my way through.