Please give a warm welcome back to Scottish Romance author, Eliza Knight!

Sorcha is a knife-wielding, non-nonsense woman. She’s acts before thinking a lot of the time, which gets her into trouble. But she’s no stranger to trouble. Sorcha thrives on going against the grain. Good thing she decides to through her knife at Campbell, because he’s not looking for a simpering fool of a woman, he wants a tough lady who can keep up with him.

The sequel to Highland Steam.


Sorcha never thought she’d be married, let alone to Reed Campbell, leader of a rival clan. But when her brother and Campbell form a truce—and she finds herself kissing Campbell in her bedchamber—her brother insists on a marriage. And Campbell insists on having Sorcha in his bed. Though she vowed never to fall in love, she can’t resist his strong arms and hot kisses—or the way he spanks her when provoked. And oh, she provokes him. As much and as often as possible.
Campbell has never cared for weak women. Is it any wonder his desire for the sword-wielding, knife-throwing Sorcha consumes him so completely? The lass may say she doesn’t like him, but the way she writhes and moans beneath him proves otherwise. He’s determined to have her in every way—and in every position—it’s possible to have a woman. But first he needs to win her fierce, feisty heart.

Sorcha stood atop the battlements and glowered at Laird Campbell, who was barreling across the landscape as though a demon were on his tail.

How was it possible for a Highlander to be such a coward? Though she couldn’t say much more for herself. When their eyes had locked in the great hall as Campbell spoke with her elder brother Drostan, the Laird of Clan Comyn, her interest had been piqued. Drostan and Laird Campbell had settled a long dispute, agreeing to be allies. Good for them. Not so good for her sensibilities.

Sorcha braced herself on the stones of the wall, leaning forward as if by doing so she’d catch his scent on the wind. There was naught but the usual scents of Comyn Keep.

She closed her eyes, envisioning the moment when his stormy gray gaze had slid over her, warming her to her toes. His stare had been intense. Powerful enough to shock her system. To make her forget everything she’d vowed—never to get involved with a man.

She’d been down that path before and did not care to repeat it—ever. Why then did this man, a former enemy of her clan, cause her body to betray her? Nipples taut, thighs quivering, cunny slick, she was completely undone by him. This raven-haired devil with sharply handsome features caused her to lose her breath.

The stricken look on Campbell’s face after their initial connection was enough to make her cheeks flame. He hadn’t liked the reaction—the sudden attraction—any more than she did.

“Bloody hell,” she muttered and whirled around to go back inside. 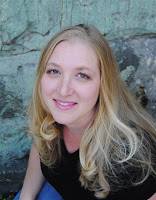 Eliza Knight is the multi-published, award-winning, Amazon best-selling author of sizzling historical romance and erotic romance. While not reading, writing or researching for her latest book, she chases after her three children. In her spare time (if there is such a thing…) she likes daydreaming, wine-tasting, traveling, hiking, staring at the stars, watching movies, shopping and visiting with family and friends. She lives atop a small mountain, and enjoys cold winter nights when she can curl up in front of a roaring fire with her own knight in shining armor. Visit Eliza at www.elizaknight.comor her historical blog History Undressed, Facebook or Twitter: @ElizaKnight


~*GIVEAWAY*~
Eliza is giving away one eBook of Highlander Brawn to one reader. To enter, just leave a meaningful comment or question for her on this post and then fill out the Rafflecopter below. Additional entries are available but not required. Good luck!
a Rafflecopter giveaway