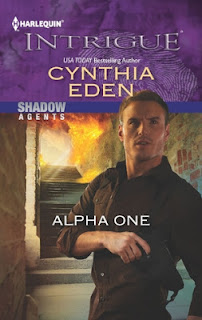 "Julie's missing. You have to get her back."The minute he got the message, undercover agent Logan Quinn sprang into action. Getting Juliana James out of Mexico alive was the Elite Ops covert agent's only priority. But once the senator's daughter was safely back in their Mississippi hometown, Logan had a new mission: to get another chance with the woman he couldn't lose again.
Juliana had never forgotten the day, ten years ago, when Logan left her heart in pieces. Now he was back in her life, sworn to protect her from the ruthless weapons dealer who wanted her dead. As passion blindsided her—and she was once again thrust into danger—Julie realized how much she'd risk for one more day in Logan's arms.

Goodreads
Purchase at Kindle, The Book Depository and Barnes & Noble

Logan Quinn has been in love with one woman for ten years. However, that love has been from afar after he left her in Mississippi all those years ago, and walked away, determined that he wasn't good enough for the likes of Julianna James. With one message from her father Senator James, those miles are erased and Logan is scrambling to be by Julie's side again. It's not a happy reunion though, he's on a mission to rescue her Julie from El Diablo, an arms dealing mastermind based in Mexico.

After saving Julie, and whisking her out of Mexico, the battle really starts on more than one front. Logan will have to fight to keep Julie safe from El Diablo and the mad man's attempts to kidnap Julie again for evidence her father has on him. Logan will also have to keep her safe from the person trying to kill her. The last fight will be the hardest for him though, because it means keeping Julie safe from himself. He hurt her once, and he doesn't want to hurt her again, but what happens when he can no longer keep her at arm's length? The secrets he's kept from her will devastate her. Will he be able to convince her that their love is meant to be? Or will Julie be unable to forgive Logan for the secrets, lies and heartache he's caused?

A four wine glass toast for Ms. Eden's Alpha One, and I can not wait to read the next book in the series! I hope it's Gunner and Sydney's story...