Secret of the Wolf by Cynthia Garner (Guest Post/Giveaway)

Today I would like to welcome paranormal romance author, Cynthia Garner, to Reading Between the Wines. Cynthia is joining us with her recent release of  Secret of the Wolf, the second book in the Warriors of the Rift series.

I have been enamored of things that go bump in the night since I read Bram Stoker’s Dracula years ago. So when I began writing for publication, paranormal creatures insisted on being part of the stories. Not just part, but the main attraction. And since I’m a sucker for happily-ever-afters, most of my creatures are the good guys. Well, they can be bad, but in a good way. The best way.
For the last couple of years I’ve been hearing in the publishing industry that werewolves have been done to death. That if an author was going to write a paranormal romance with werewikves, there had better be something that hadn’t been done before or no one was going to buy it. So my brain started working. How could I put a fresh spin on such an old topic? Then a news blurb about a meteor shower (or maybe it was about a comet, I don’t recall the exact news item) made the wheels turn faster. And I asked the basic question… “What if…?”
And through all the what-ifs that followed, I came up with the idea that a comet (named after the members of my critique group at the time) passes by Earth every 73 years and, when it does, it rips open a rift between our dimension and another.  Inhabitants of the other dimension who’d been deemed undesirables by their governments—the criminals, political dissidents and religious heretics—are stripped of their bodies and held in containment fields, awaiting their final punishment. When the rift opens, their holding cells are opened and they get sucked into our dimension. With an instinct for survival that’s too strong to ignore, they come down to Earth and take over the first human body they come upon. The species they were in the other dimension dictates the reaction their hosts will have to the invasion. Some become shapeshifters (including werewolves), some vampires, some demons, etc.

That touch of sci fi, along with the paranormal aspects, just wouldn’t let go of me, and this idea popped to the surface of all the others roiling in the back of my mind. That’s how my Warriors of the Rift series was born. The first book, KISS OF THE VAMPIRE, was followed up by SECRET OF THE WOLF, which just released a couple of weeks ago. I hope readers will enjoy spending time in this new world with these characters as much as I enjoyed creating them.
So let’s chat: about my books, about paranormal romance and urban fantasy, vampires, werewolves and other creatures of myth. One lucky commenter will receive a signed copy of Secret of the Wolf and other swag. 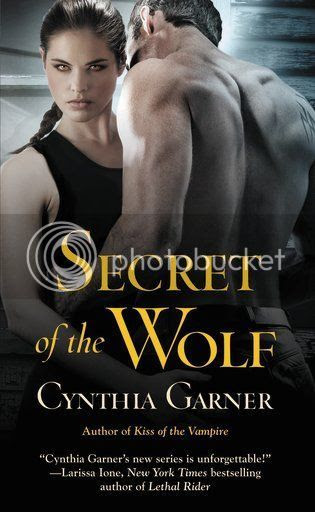 Once a generation, the rift between the paranormal world and the human world opens, allowing supernatural entities to cross. Vampire, demon, or shapeshifter, they can save the world–or send it spiraling into chaos.
As a werewolf liaison to the Council of Preternaturals, Tori Joseph is used to straddling the world between humans and immortals. She plays by the rules and always delivers justice, no matter the cost. But after a string of increasingly brutal attacks results in humans turning into werewolves, Tori doesn’t reveal her horrifying suspicion: Someone very close to her might be responsible.Investigating the paranormal violence, no-nonsense detective Dante MacMillan believes Tori is hiding something. His search for the truth draws him into greater danger as he gets closer to the dark realm of the immortals—and to the sexy werewolf who stirs his primal lust. Now with evil closing in around them, Dante must convince Tori to trust him . . . before her deadly secret destroys them both.

B&N - Amazon - Other Sellers
Author BIO:
Cynthia Garner discovered her love for making up stories at the age of twelve when her teacher told her to write a story that started “It was a dark and stormy night…” But she didn’t think about making it a profession until 2005, when she began entering—and winning—writing contests. Under her alternate ego Sherrill Quinn she has three Kensington Brava paranormal romance books and a novella as part of the Belong to the Night anthology, as well as several erotic romance novellas published electronically with Ellora’s Cave and Amber Heat. Her writing has been consistently rated with 4 and 5 stars and called “thrilling”, “imaginative” and “fresh.”
By day she’s a mostly mild-mannered Human Resources Manager for a non-profit organization. She’s originally from northeast Ohio and fled the snow over ten years ago to live in the heat of southeastern Arizona. You can follow her online at http://cynthiagarnerbooks.com; Like her on Facebook and follow her on Twitter - @cynthiagarner.

~*GIVEAWAY*~
As Cynthia mentions above, she is giving away one signed copy of Secret of the Wolf and some swag to one lucky reader. Just leave a comment on her post above and then fill out the rafflecopter below. Additional entries are available but not required. Good luck!
a Rafflecopter giveaway