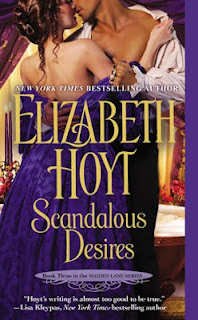 
Can a pirate learn that the only true treasure lies in a woman's heart?
Widowed Silence Hollingbrook is impoverished, lovely, and kind—and nine months ago she made a horrible mistake. She went to a river pirate for help in saving her husband and in the process made a bargain that cost her her marriage. That night wounded her so terribly that she hides in the foundling home she helps run with her brother. Except now that same river pirate is back . . . and he's asking for her help.
"Charming" Mickey O'Connor is the most ruthless river pirate in London. Devastatingly handsome and fearsomely intelligent, he clawed his way up through London's criminal underworld. Mickey has no use for tender emotions like compassion and love, and he sees people as pawns to be manipulated. And yet he's never been able to forget the naive captain's wife who came to him for help—and spent one memorable night in his bed . . . talking.
When his bastard baby girl was dumped in his lap—her mother having died—Mickey couldn't resist the Machiavellian urge to leave the baby on Silence's doorstep. The baby would be hidden from his enemies and he'd also bind Silence to him by her love for his daughter.


Purchase at Amazon and Barnes & Noble

Scandalous Desires is a perfectly written historical romance, you will not want to set this book down. Whether you love pirates or not you will fall hard and fast, and the name Charming Micky O'Connor will forever be fixed in your memory.

Hoyt has brought Mick and Silence together once again,  though this time Mick has no intention of letting her walk away. There is something about Silence that calls to him even in his sleep. She torments him and so he has decided to, in true pirate fashion, take what he wants.

From the first page you will be swept up in this love story. The love part takes time but there is plenty of action and other things happening that love almost sneaks up on you. Well it certainly seems to sneak up on Mick and Silence.

The end of this book will have you nearly in tears and on the edge of your seat. The characters share some strong emotions in a difficult time. And just when it looks like there is no hope, well you don't want it to be spoiled right? Pick up this book!