Event: Tie Me Up in July with Shiloh Walker (Interview/Giveaway) 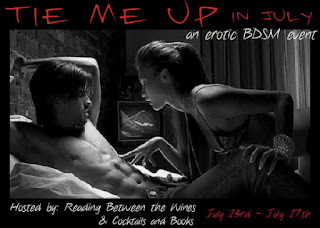 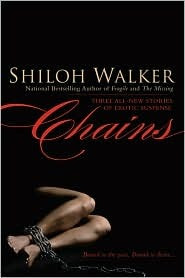 Lexi: This isn’t your first book to have handcuffs on the cover or in the title (Whipped Cream and Handcuffs). Nor is it the first novella compilation you have done with Shayla and Sylvia. Seems your naughtier side comes out in your novellas. Do you enjoy writing novellas more than your novels, or maybe just being able to write something in a common theme as other authors is good inspiration?
Shiloh: Well, it’s sort of the first project with the three of us, really.  We had an ebook project that we put together, but none of us really worked together on a theme for that one.  We did focus more on this one.
As to novels versus novellas…stories are just going to be what they are.  Some are meant to be shorter, some are meant to be longer.  Just as some are meant to be hotter and some aren’t.  I give the story what it needs, what it asks for.  And ah…quite a few of my full length books are pretty hot.  BROKEN, for one.  CHAINS was another…it’s three connected novellas with a mystery that runs throughout the entire story.
Lexi: You have multiple series that cover paranormal, mystery, suspense, military and a few more. Multiple series yet they could be called dark and some erotic. A tricky combination when you want to end up happy at the end. Would you say your books are romance, in that they have their happily ever after endings?
Shiloh: With one or two exceptions, yes, all of my books are romance.  The only exceptions are a new series I’m starting under my alter-ego J.C. Daniels—the COLBANA FILES, which is urban fantasy.  It’s got a romantic subplot to it, and will probably appeal to paranormal romance readers, but it’s not romance—there’s no neat little bow at the end of the book.  The other title that had more of a Happy For Now was DRASTIC MEASURES, an erotica title that came out from Ellora’s Cave.
Lexi: After reading the excerpt on your web site for The Unwilling I am really hoping for a HEA for Mica and Colby. They both have unusual psychic abilities that give them something to bind them closer together. If you could have a psychic ability would you want one?
Shiloh: None.  Unless I can psychically wish my house clean at the drop of a hat.  I don’t think any psychic gift would come without tremendous burdens and I’d rather not shoulder them.
Lexi: Psychic ability or not we still loved having you stop by the blog today. Congrats on your new release. Hope you get some down time this summer, or at least time to take a break from your many, many writing projects and open a bottle of wine!
Shiloh: Wine…. Happy sigh.
Thanks Shiloh! 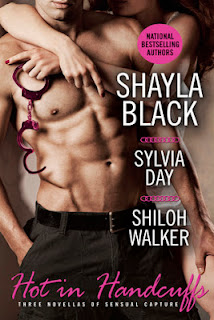 Shiloh Walker has been writing since she was a kid. She fell in love with vampires with the book Bunnicula and has worked her way up to the more...ah...serious vampire stories. She loves reading and writing anything paranormal, anything fantasy, and nearly every kind of romance. Once upon a time she worked as a nurse, but now she writes full time and lives with her family in the Midwest.
You can find her at her website HERE.

~*GIVEAWAY*~
Want another chance to win a copy of Hot in Handcuffs? Just fill out the Rafflecopter below and leave a comment on this post about any psychic ability you wish you or your significant other had. Additional entries are available but not required. Good luck!