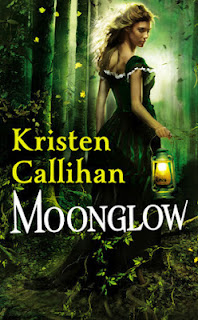 
Once the seeds of desire are sown . . .
Finally free of her suffocating marriage, widow Daisy Ellis Craigmore is ready to embrace the pleasures of life that have long been denied her. Yet her new-found freedom is short lived. A string of unexplained murders has brought danger to Daisy's door, forcing her to turn to the most unlikely of saviors . . .
Their growing passion knows no bounds . . .
Ian Ranulf, the Marquis of Northrup, has spent lifetimes hiding his primal nature from London society. But now a vicious killer threatens to expose his secrets. Ian must step out of the shadows and protect the beautiful, fearless Daisy, who awakens in him desires he thought long dead. As their quest to unmask the villain draws them closer together, Daisy has no choice but to reveal her own startling secret, and Ian must face the undeniable truth: Losing his heart to Daisy may be the only way to save his soul.


Lexi's Thoughts
Callihan has managed to bring even more revelations and expansion to the realm of possibility with Moonglow. Book two in the Darkest London series is just as gripping as book one, this author has staying power.

Miranda’s sister, Daisy, takes center stage for this book. Daisy is a passionate woman but forced herself to dampen her vibrancy to survive her marriage. Now that she is a widow and free to live her life she finds herself under the protection of Ian ( you know you remember him!) after witnessing a werewolf attach. Now these two have multiple reasons they shouldn’t work, but when does love listen to reason.
Ian Ranulf, the Marquis of Northrup. The lonely man/lycan finally finds someone worth risking a broken heart for, someone who makes him want to live and have a hand in how things are run. Which results in him being in position to resume alpha of the pack status. Of course making that happen requires some debts to be called in and some new ones made. Lines are connected, new characters are introduced, and even more paranormal/steampunk is tossed into the mix.
Darkest London is an excellent paranormal/urban fantasy romance. Callihan has not disappointed with Moonglow and will leave you eager for book three (even more than book one left you waiting for book two if possible).