K.A. Tucker's ANOMALY, the fourth and final book in her Young Adult Paranormal Series, The Causal Enchantments, is out! We're celebrating with a blog tour to help give you everything you need to know about this fantastic series. The Causal Enchantments will keep you on the edge of your seat while you read through all of the twists and turns. You don't want to miss this tour! See the schedule below and then enter to win a complete set of signed copies in the International giveaway! 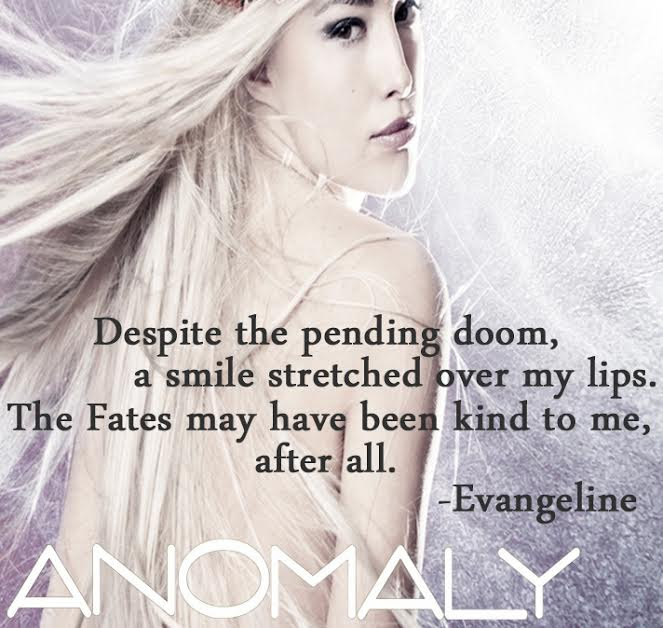 In four novels, Evangeline Watts has changed. But she also hasn’t changed. Here are 5 things I think readers need to remember and know about the main character of the Causal Enchantment series:

1. Human or otherwise, she is still kind-hearted

2. She chooses to see the best in everyone. Except Viggo. There’s no good in him (though in the end, she has only pity for him).

3. She spent five years isolated from family and friends thanks to Viggo and Sofie.  She’ll do anything to keep her loved ones in her life.

4. Her intentions are always good, even though sometimes her choices may not be.

5. She’s a rule follower by nature and that hasn’t changed with her transformation. She needs to be able to justify going against “the rules.”


She was merely a pawn in their game. And then something happened. Once the fragile, naïve human, Evangeline has become altogether … different. A being who holds formidable power, she may be the key to changing the course of fate. Or she could be the final nail in the world’s coffin. But Evangeline doesn’t know exactly what she is, what she can do. She knows only that she has to stop an enemy far worse than the Sentinel and the sorceresses—one driven by revenge. And he’s hunting the man she loves. As Evangeline fights to keep Caden alive and the human population from eradication, she can’t help but sense the imminent doom. Find out if fate will prevail in the harrowing conclusion to the Causal Enchantment series.