Life isn’t guaranteed valentines and roses accompanied by the sweet strings of guitar. Sometimes those sugared kisses on the wings of soft words cause us to become broken. And if you don’t know what I am talking about, just ask our guest today about book one of her NA Contemporary Romance.
Welcome Cassandra Giovanni!

Lexi: Flawed Perfection is your newest release, and also the beginning of your Beautifully Flawed series. Checking out your blog this series has four books planned and each book follows the same characters, correct? I love following a series that hooks you on the characters and you just have to know what will happen next. Though as a writer, you have to have a lot of story to tell to keep the overall arch going. Did Bobby, Adam, and River’s story come to you in one piece? Or did you have to plot out what happens in each book and grow from there?

Cassie: Yes, the series mainly follows Adam and River, but also follows supporting characters as the struggle with the same issues as Adam and River. Their story did come to me all at once. I always knew where the series was going and what would happen in each novel. The first novel introduces the characters and their relationships, while the second is written in two parts. The
first part concentrates on River, while the second part concentrates on Adam. The third novel concentrates only on River, and the last novel allows us to watch Adam and River put back together the pieces they have lost. The titles partially show the story that each novel will tell.

Lexi: You start out Flawed Perfection with a love triangle involving two brothers, but after peeking at the blurbs you have for the first three books (check out her website here) I think I can see where the series is headed. Full of heartache and agony is where it is headed. How do you think readers will respond to your love triangle? Some readers love them, and some hate them?

Cassie: Honestly, I’m one of those readers that hates love triangles. I felt like a bit of a hypocrite when I realized I had basically written one. Then as I stepped back I realized I had removed the elements that I disliked so much in other love triangles. This is a different kind of love triangle, where there is no indecision. River knows who she loves and sticks to it, but that doesn’t mean the relationships at stake don’t take a hit from that decision. I think that those that love love triangles, may actually not like this one, because there is far less angst than other ones, and those that hate them, might find themselves liking it. I just ask that readers keep an open mind about this love triangle and watch it play out. I feel it’s realistic.

Lexi: New Adult is a hot genre, love triangles and angst abound and win over readers. Though there is something about Flawed Perfection that tugs at me, making me feel as if this book will stand out from the rest, tear me up inside more forcefully than the rest. What would you say separates Flawed Perfection from the rest of the NA pack? 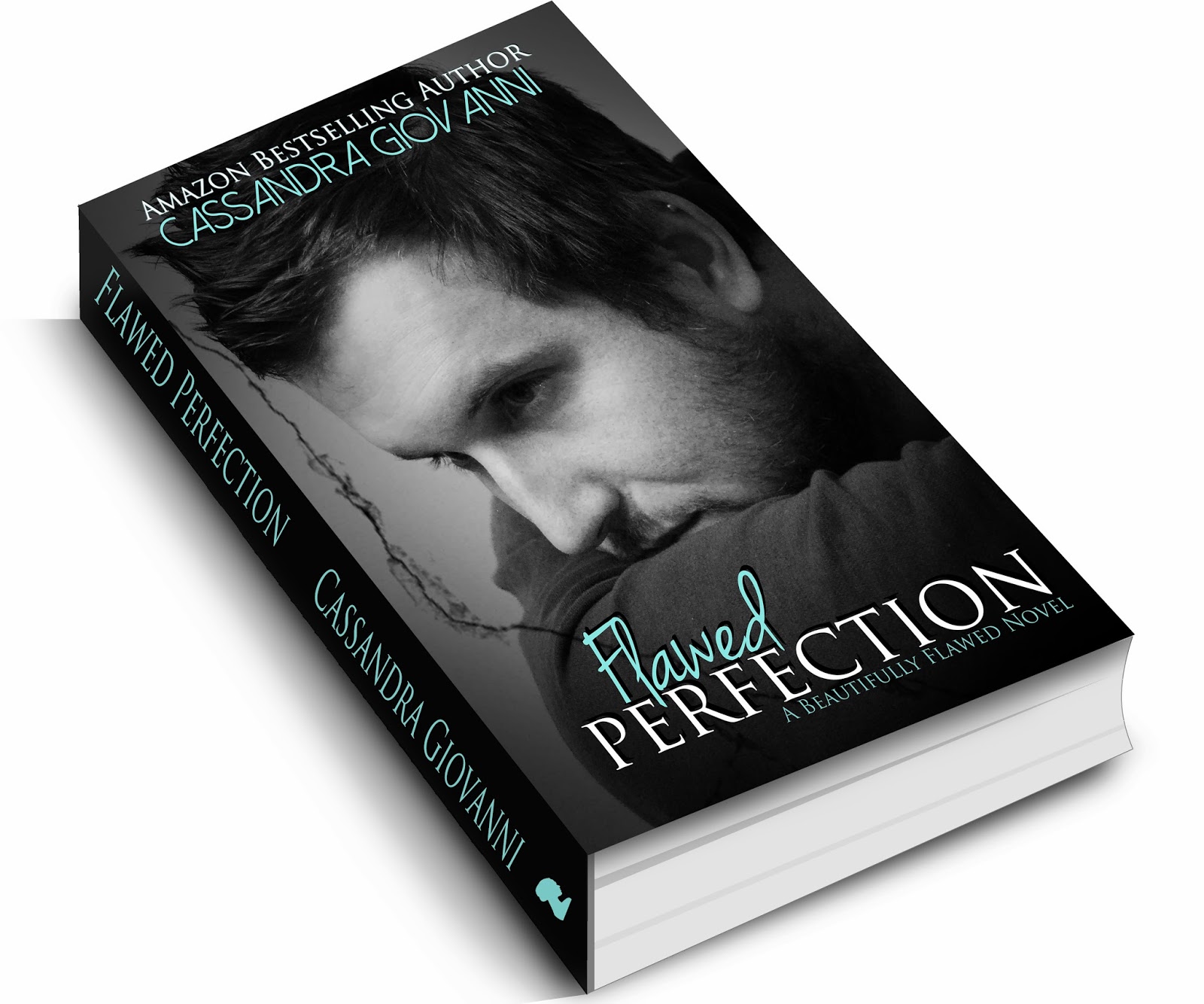 Cassie: Wow, that is a huge compliment, and I hope it is all that and more for you and the readers! I can’t speak for other writers, but I think that some of the books out there where put out because of just that—New Adult is a hot new genre and everyone wants a piece of the pie. I’ve never sat down and written something because I thought it would sell—I’ve written it because I love writing, and I love reading. I think what truly sets Flawed Perfection apart is that the characters are truly mature characters, but they are filled with human flaws. These characters work full-time jobs, pay their bills and don’t count on their parents—they’re also not going around like rabbits, if you know what I mean. I think the genre became immediately oversaturated with books that concentrated on drugs, alcohol, college and getting laid. While my characters do have sex, their lives don’t revolve around it—and the book also cannot be called erotica in any form. My writing of sex scenes concentrates on the emotions behind the action, more than the description of it. This seems to be unique in and of itself from the genre that made its initial mark as oversexed YA. This book is for readers looking for a realistic view on mature 20 something’s as they struggle against real-life challenges—love, death, grieving, getting lost and being found.

Lexi: Readers will certainly appreciate your timeline for publishing books two and three. Only a few months in between releases will maybe give readers some hope, especially since it sounds like you will be leaving River’s story hanging. I know you have read books where the characters you love are left in limbo, in pain. So fess up, do you need more wine? How long have you been laying out your diabolical plan to drive us crazy? And how long will you make us wait for the end, book four?

Cassie: I need to hide this evil smile better, and yes, I could use some more wine. I’ll need it to pound out these books on this schedule. I would really like to though, and it helps that every single one has at least 15,000 words of it already written. Originally, I wasn’t going to leave it hanging the way it did. The second book was meant to only be from Adam’s perspective, but I realized that if I didn’t stop where I did I would have ended up with a novel that was almost 130k words. I think any longer than 80k, at least for Contemporary, you start to lose your reader. A good pause to think over events is always good, but I have to say that the snippet of the next book that I planted diabolically at the end of this one will probably have some people wanting to smack the living day lights out of me. I would like to have all four books out by the end of the year, but working a 45 hour a week job and going to college may get in the way of that. I don’t want to rush out books that aren’t ready to be put out there, nor do I think Show n’ot Tell would do that! I can promise this: I will do my best to get all four books out for readers to enjoy within a year of the first being published. The series came with an extensive marketing plan that involves carefully plotted out release dates, ones that should allow me time to develop a good story for readers. I will work with Show n’ot Tell to change deadlines as needed, though.

Lexi: Beautifully Flawed is one series journey I am looking forward to jumping on! Just please let the end be happy, pretty please?! Thanks for stopping by Cassandra, good luck with the release! And we hope to see you back here for Pieces of Perfection!

Cassie: I could never torture my characters or readers that much. I promise that the series will have a happy ending that will satisfy the reader and leave my characters living a happy life forever in my head. Thank you so much for having me, and it would be my pleasure to come back for Pieces of Perfection’s release (Summer can’t come soon enough, huh?). 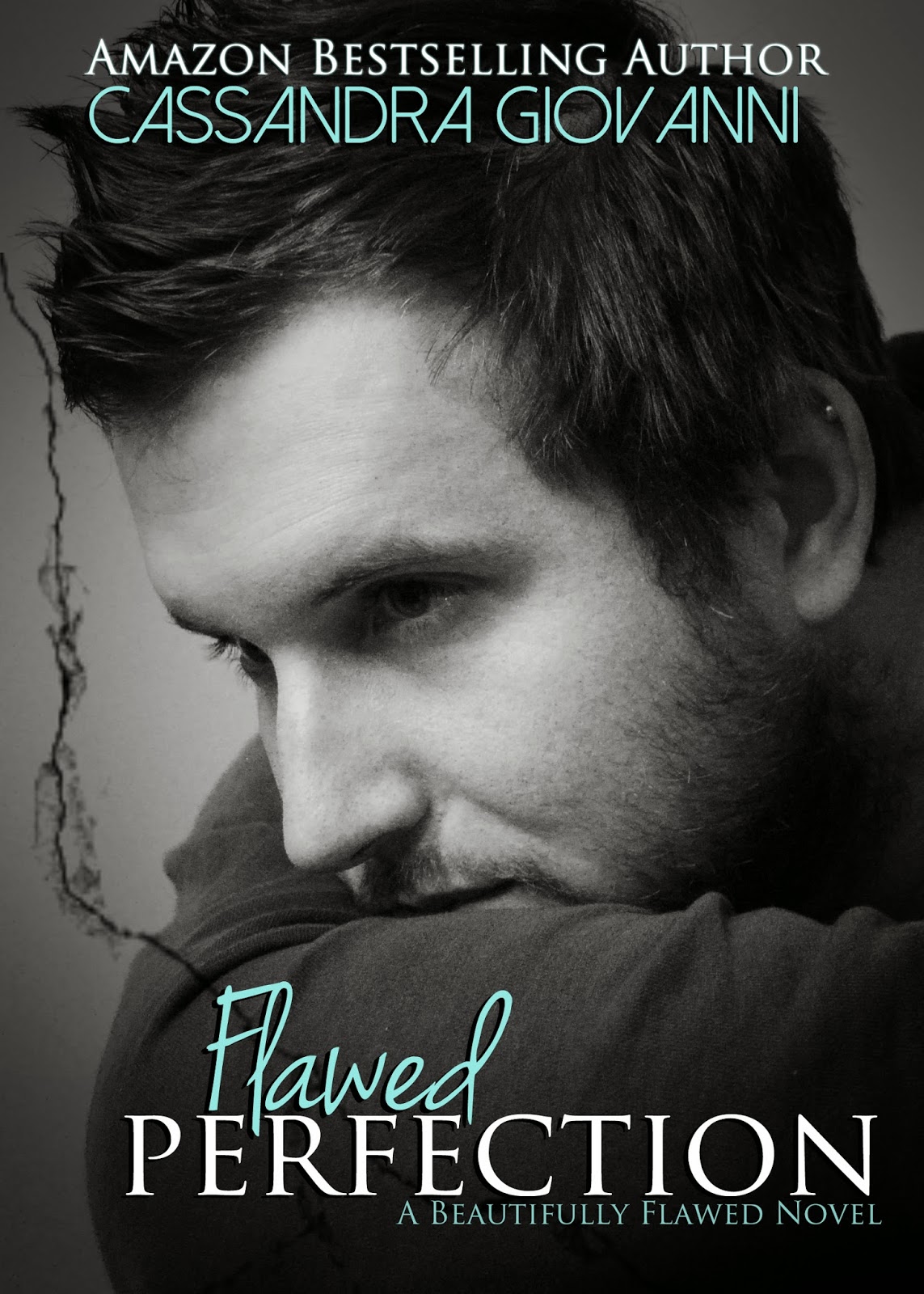 Bobby Beckerson was the American All-Star hockey player--he was the spitting image of perfection to his family. Goofy, sweet and undeniably gorgeous, he had everything but the one girl he wanted: River Ahlers. River Ahlers is successful in everything but love. She's been in love with Adam Beckerson since they were kids. Worst of all she's stuck right in the middle of the brother's dueling over everything and anything, and she doesn't even know she's the ultimate prize. Adam Beckerson was a boy with a guitar, a smile that sunk girl's hearts and a stone wall around his own. He was anything but perfect, and no matter how hard he tried he was nothing compared to Bobby. Sweet, damaged, with boyish good-looks, nobody thought Adam loved anyone but himself. Bobby loved River, River loved Adam and Adam only loved himself--or so everyone thought. Then one night everything changes, and as it threatens to destroy everyone involved a tragedy strikes that will break them all...GENRE: New Adult Contemporary Romance 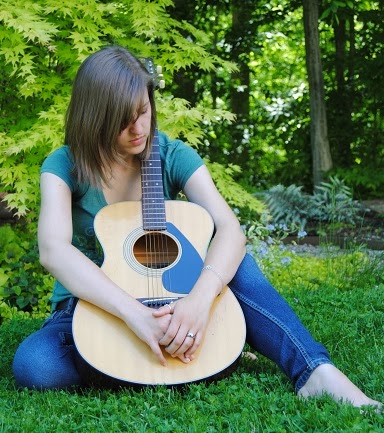 Cassandra doesn't remember a time when she wasn't writing. In fact, the first time she was published was when she was seven years old and won a contest to be published in an American Girl Doll novel. Since then Cassandra has written more novels than she can count and put just as many in the circular bin. Her personal goal with her writing is to show the reader the character's stories through their dialogue and actions instead of just telling the reader what is happening. In 2012 she became a published Young Adult author, releasing In Between Seasons (The Fall, #1) and the Amazon bestselling thriller, Walking in the Shadows. In 2013 she branched out by using her artistic illustrating talents to publish her first Children's novel, The Adventures of Skippy Von Flippy: Tales of Friendship (Skippy Tales, #1). Cassandra released her first New Adult novel, Love Exactly, which became an Amazon Bestseller overnight in June of 2013. She's currently working on her new New Adult Contemporary Romance, Beautifully Flawed. The first novel in the series, Flawed Perfection is scheduled to be published on March 7, 2014.

Besides being a writer, Cassandra is a professional photographer known for her automotive, nature and architectural shots. She is the owner of Gio Design Studios Photography and Gio Design Studios Publication Marketing . She is currently studying to receive a degree in Marketing. Cassandra is happily married to the man of her dreams and they live in the rolling hills of New England with the other loves of her life their dogs, Bubski and Kanga.
www.cgiovanniauthor.com
Blog
FaceBook
Twitter @Cgiovanniauthor


Cassandra is offering up two awesome prizes, one for US readers and one for International readers! To enter leave a comment for Cassandra and fill out the Rafflecopter below. I know after reading this interview you are itching to get your hands on Adam and River's story...so get at it!