The Beast Within by @KimHeadlee #MFRWAuthor #ASMSG #amwriting (#Giveaway) 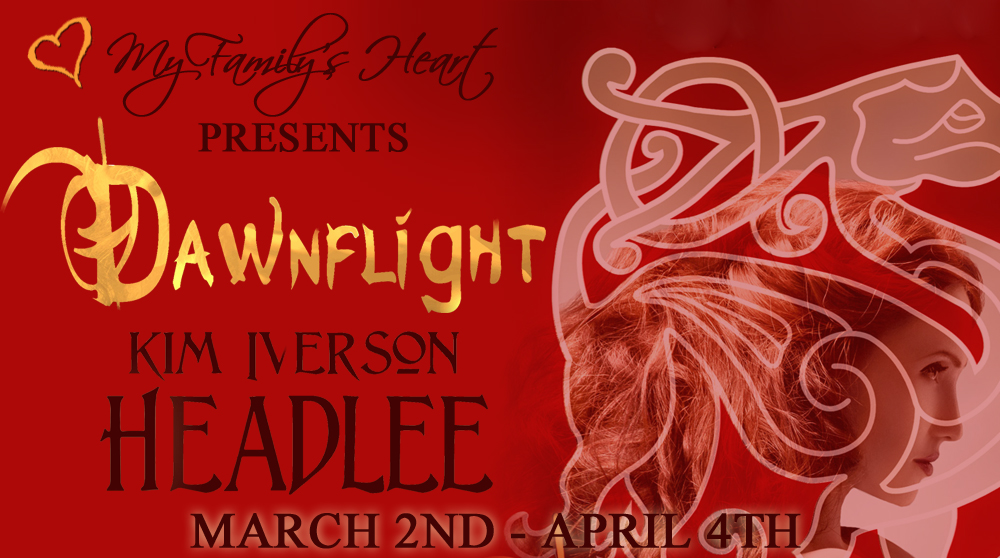 Do you possess the proper biological makeup to be a writer? I invite you to examine the beast within ...

Persistence breeds success in our capricious business. This usually means banging your head against a computer screen, an editor's door, a brick wall. Or against something less tangible but no less menacing: the mental door behind which your best ideas remain stubbornly locked. To avoid a concussion you need a tough noggin. The Bighorn Sheep, surefooted native of the Rockies, leaps to mind.

You can profit from the extraordinary traits of another dweller of the heights, the eagle. Targeting a trout from high overhead, the majestic hunter strikes before the prey can taste fear. What better way to capture an elusive idea amid a tumbling torrent of research notes?

So you've written that Pulitzer­quality article on the courtship rituals of penguins and are now searching for a publisher. And searching, and searching. And searching. The giraffe's supple neck helps you poke your nose into the hardest to reach nooks of this zoo called the publishing industry.

Alas, neckwork consumes precious time. In this age of instant gratification, it's a rare breed that survives the arid weeks and months and (gasp!) years between publications. Just as the hump sustains the camel, you the writer can subsist off the encouragement of family, friends and colleagues until the next oasis of good news shimmers into view.

Even the most successful of us do not enjoy a smooth ride. Since the road can be riddled with the potholes of rejections, failed magazines, staff changes, lost manuscripts and other off­the­Richter­Scale catastrophes, your feet ought to be catlike ­­ and not because you're always in a fog. A cat's shock absorbers allow him to hit the ground at a dead run. (If you've never been treated to this phenomenon, drop by my house sometime.)

Recommended breed? Almost any will suffice, except Siamese. They are notorious whiners, a trait each of us would do well not to emulate. Yes, I have known a few mellow Siamese; save the postage on your hate­mail, if you please!

Negotiating the rocky path to publication can lead through some pretty tempting pastures. Literary agents advertising "high" success rates, typing services whose fees seem too good to be true, and "bargain" computer systems are a few of the herbs flourishing here. You may nibble on the clover only to find yourself with a mouthful of thistle thorns. The four­chambered stomach of a cow makes the junk food much easier to digest.

The bushes conceal a host of guardians lying in ambush for the unwary writer­beast who stumbles blithely into their hallowed territory. Editors, publishers and critics, professional and nonprofessional, stand with arrows at the ready. The kinder sentries coat their barbs with the linguistic equivalent of a sleeping potion to cushion the effect; others, venom. Most of us have been hit by both. An armadillo's armor keeps a tender hide intact through the onslaught.

While these arrows swarm like piranhas on Prime Rib Day, you'll also need a way to preserve your sanity.

Maintaining a sense of humor is arguably the healthiest option available to our species. If this is not your usual style, try following the example of the hyena for a day. You just might get hooked.

I would be remiss to omit representatives from the largest kingdom on the planet. For the legendary writer- beast I have selected two: the honey bee and the spider.

As writers we are forever attempting to craft a fragrant honeycomb of phrases to evoke the familiar in a not­so- familiar manner. Bees employ a unique form of communication not unlike sign language for the deaf. Graceful yet elegant in its simplicity, a bee's dance discloses the precise location of each flower so her sisters might partake of the bounty.

At the opposite end of the insectoidal spectrum crouches the spider, as calculatingly aloof as the bee is gregariously social. Yet haunting beauty glows from a web strung with dewy rose­hued pearls. In magnitude, the achievement is akin to building the Golden Gate Bridge with four pairs of human hands.

The lessons of variety and perseverance taught by the bee and the spider are well worth the cost of admission.

And now I come to the tail of my tale. The prehensile tail of the opossum, that is. Gazing at this upside­down world awhile is an excellent way to give new spark to a high­mileage topic. Just be careful. Don't let the traffic in the publishing fast lane mash you into a pavement patty. 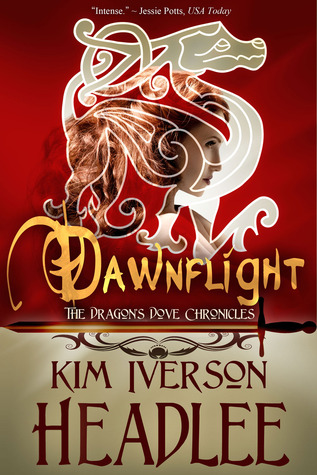 Dawnflight
(The Dragon's Dove Chronicles #1)
by Kim Iverson Headlee
Paperback, 2nd, 413 pages
Published February 26th 2013 by Lucky Bat Books
ISBN 1939051134
Gyanhumara “Gyan” nic Hymar is a Caledonian chieftainess by birth, a warrior and leader of warriors by training, and she is betrothed to Urien map Dumarec, a son of her clan’s deadliest enemy, by right of Arthur the Pendragon’s conquest of her people. For the sake of peace, Gyan is willing to sacrifice everything...perhaps even her very life, if her foreboding about Urien proves true.

Arthur map Uther is the bastard son of two worlds, Roman by his father and Brytoni by his mother. Denied hereditary rulership by the elders of Chieftainess Ygraine’s clan, Arthur has followed Uther’s path to become Dux Britanniarum, the Pendragon: supreme commander of the northern Brytoni army. The Caledonians, Scots, Saxons, and Angles keep him too busy to dwell upon his loneliness...most of the time.

When Gyan and Arthur meet, each recognize within the other their soul’s mate. The treaty has preserved Gyan’s ancient right to marry any man, providing he is a Brytoni nobleman—but Arthur does not qualify. And the ambitious Urien, Arthur’s greatest political rival, shall not be so easily denied. If Gyan and Arthur cannot prevent Urien from plunging the Caledonians and Brytons back into war, their love will be doomed to remain unfulfilled forever.

Kim Headlee lives on a farm in southwestern Virginia with her family, cats, goats, and assorted wildlife. People & creatures come and go, but the cave and the 250­year­old house ruins ­­ the latter having been occupied as recently as the mid­20th century ­­ seem to be sticking around for a while yet.
Kim is a Seattle native (when she used to live in the Metro DC area, she loved telling people she was from "the other Washington") and a direct descendent of 20 grandmother was a childhood friend of the doomed Grand Duchess Anastasia, and the romantic yet tragic story of how Lydia escaped Communist Russia with the aid of her American husband will most certainly one day fuel one of Kim's novels. Another novel in the queue will involve her husband's ancestor, the 7th­century proto­Viking king of the Swedish colony in Russia. For the time being, however, Kim has plenty of work to do in creating her projected 8­book Arthurian series, The Dragon's Dove Chronicles, and other novels under her new imprint, Pendragon Cove Press. http://kimiversonheadlee.blogspot.com/