Interview with author, Jared R. Lopatin, of The Outerlands (#Giveaway) 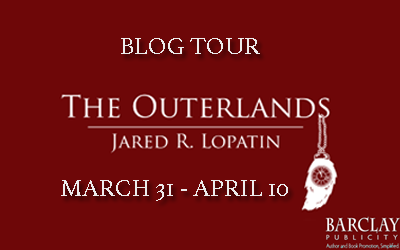 Fairy tale retellings are hot right now, but what about some of those other beloved childhood tales that don’t have princesses in them? Our guest today has an interesting take on Alice in Wonderland, welcome Jared R. Lopatin!

Lexi: Welcome to the blog Jared. Your journey to being an author has been a convoluted path, and now you are releasing The Outerlands! When did you first have the idea to write this story?

Jared: Thank you, Lexi. Happy to be here. It’s been a convoluted path indeed, but certainly a fun one. I started this story three years ago as a reaction to the epidemic of teenage bullying and suicide. I often retreat into a book when I feel overwhelmed and it suddenly occurred to me, “What would happen if we literally escaped into a book…and couldn’t escape?”

Lexi: There are so many things that influence us to write and sometimes we get drawn to telling a story that deals with real life issues. Your main character in The Outerlands attempts suicide how does that play into how you told the story and your characters life?

Jared: As someone who felt alone when I was in school, it sometimes seemed as if it was never going to get better and it would be best just to escape. I wanted to write something that let people who feel like that know that they aren’t alone. The biggest challenge was ascribing meaning to a tale that was allegorical to begin with.

Lexi: I love Tim Burton’s Alice in Wonderland; it’s the odd twist that draws me and many others in. Your book is described as having a wicked twist. What was your favorite part of Alice’s story and what part of your novel will appeal to our readers?

Jared: It’s kind of cliché, but I love the Cheshire Cat. He’s mad, but he tells the truth. The Outerlands version of Cat, though not quite as mad, also tells the truth to Alex. The Outerlands has many appealing aspects. Readers will be excited to see how their favorite characters have changed. They’ll be interested in the way that serious issues are handled in the fantasy template. Last but not least, just as in Wonderland, there’s quite a bit of wordplay in The Outerlands.

Lexi: Books are so addicting, and we do love to celebrate book birthdays here! Did you do anything to celebrate the release of The Outerlands?

Jared: There was an Outerlands Release Party and I was on hand to answer any questions readers might have about the novel or writing in general. It was a great time!

Lexi: Congratulations, Jared. Here’s to many more release dates for you so that you can celebrate a new way every time!

Jared: Thank you, Lexi! Looking forward to it! 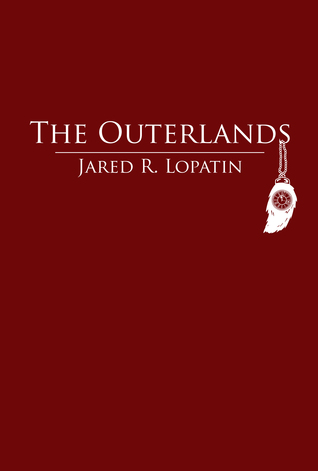 
Alex didn’t want to die, but he just couldn’t take it anymore. Dwight’s pills seemed to promise escape… and escape is exactly what he gets. He ends up in a world reminiscent of his childhood Wonderland, but nothing is as it was in Alice’s day. The Outerlands are a twisted version of his favorite story, with strange characters and unnatural dangers. Before he can get used to his new home, it’s threatened by an outside force. Will Alex ever find a place where he feels safe?

Originally from Philadelphia, Pennsylvania, Jared fell in love with stories at a very young age. This love led him to major in English and Theatre, a decision that brought him many adventures, such as performing in Footloose, Cats, and West Side Story.

His first full novel, Rising Sign, was started backstage during a production of South Pacific in Indiana. Five years later, his debut novel was complete and he headed back to school for his Masters in Special Education. By the time he graduated, he had written the following two books in the trilogy, Ruling House and Returning Planet. He used his school experiences as a base for his standalone novel, Let's Play It By Ear. His newest novels, The Outerlands and The Good Witch are slated for release in 2015.

Jared currently lives in New York City with his cats, Benedick and Beatrice. He works during the day as a high school English teacher and theatre director at a Deaf school. http://www.jaredrlopatin.com/