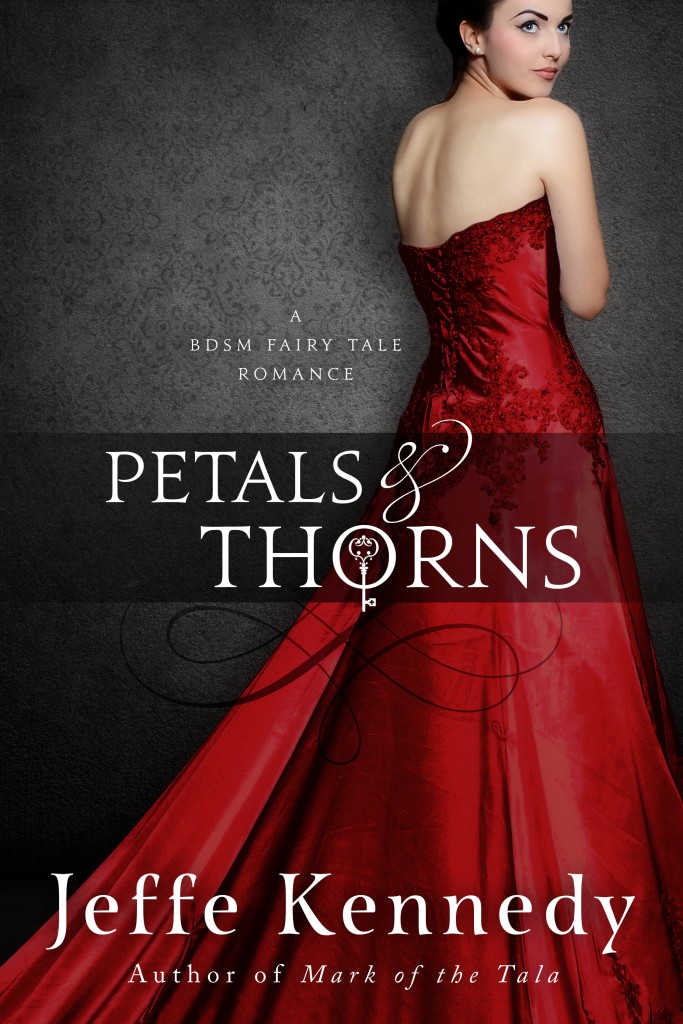 In exchange for her father’s life, Amarantha agrees to marry the dreadful Beast and be his wife for seven days. Though the Beast cannot take Amarantha’s virginity unless she begs him to, he can and does take her in every other way. From the moment they are alone together, the Beast relentlessly strips Amarantha of all her resistance.

If Amarantha can resist her cloaked and terrifying husband, she gains his entire fortune and will be allowed to return to her family and a normal life. But the Beast seduces her at every turn, exposing, binding, tormenting, and pleasuring Amarantha until she no longer knows her own deepest desires. Increasingly desperate to break the curse that chains his humanity, the Beast drives Amarantha past every boundary. But her desire for a normal life may jeopardize the love that will save them both.

Jeffe can be found online at her website: JeffeKennedy.com, every Sunday at the popular Word Whores blog, on Facebook, and pretty much constantly on Twitter @jeffekennedy. She is represented by Connor Goldsmith of Fuse Literary. http://jeffekennedy.com