We're happy to share an excerpt with you from Nikki Mathis Thompson's latest novella in her Rebound series, CHASING THE SUN. Enjoy! 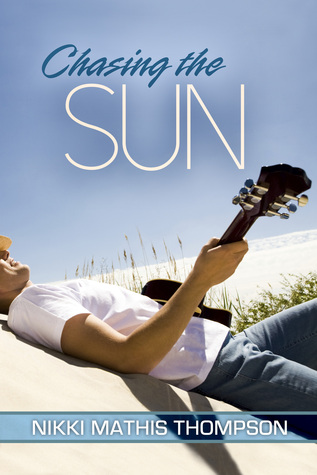 
When Ian Radcliffe gets the opportunity to leave town to consult on the project of his career he’s doesn’t think twice. He loads his dog and guitar into the back of the Jeep and flips Dallas the bird as it becomes a speck in his rearview.

A change of scenery, that’s just what he needs. His heart isn’t broken anymore, just sore. He thought he’d found the one in Katrine MacNamara, but unfortunately she thought he was number two.

He wasn’t a rich businessman, or a rockstar...he was just an architect. He believed in love, family, and friendship. Some might call him the ‘nice guy’. He always thought so— do the right thing, protect the bullied, return your mom’s calls.

When two dynamic women enter his life in this new city the lines of friendship, sex, and love are blurred, his world of black and white becomes a little more gray.

Readers fell in love with Ian in Rebound and Resilient. This is his story and his chance at a love of his own. It won’t come easy, like he always thought it would. But nothing good comes easy...at least nothing worthwhile. Hold onto your hammocks girls, your favorite nice guy is taking center stage. It’s Ian’s turn to get the girl...or two. Chasing the Sun is a 40,000 word novella, and although this is a spinoff of the Rebound series, it can be read as a stand alone.

Rory was laying on her stomach between his legs. The only barrier was a thin white sheet. Her hair wild, she looked like a jungle cat eyeing her prey. The moonlight was shining off her back. She never bothered covering up, nudity seemed like just another state of dress for her. She was running her fingers up and down the muscled ridge of his thigh and down to his knee cap, a wistful look on her face.
“When I was younger I had a hard time staying in one place, or with the same person. Looking for love in all the wrong assholes and picking up stakes whenever I felt any roots were taking hold…chasing the sun, that’s what my mom called it. But what I’ve finally realized is that there’s a poetry to the darkness. There must be balance, yin and yang, light and dark, happy and sad. I’m learning to find the balance. Only took thirty years.”
“I think that’s pretty common in your twenties. I think that’s when you’re supposed to mess up and take chances. You’re young enough to think you’re immortal and old enough to know you’re supposed to grow up,” Ian said, running his thumb across her cheek bone.
“You know what I’ve found? There are two kinds of people in this world, Ian, those who absorb the light around them, horde it for themselves…and those that reflect it. You, you reflect the light and warm those around you.” She lowered herself onto his stomach. “You’re like the sun…I want to wrap myself in it.” She kissed his neck. Her mouth lingered by his ear. “Bathe in it.” She kissed his jaw. “Be incinerated by it.”
He stirred beneath the sheet at her words and more so when she kissed his mouth. He could tell it meant something to her, the grip of her hands on his face, the perfect pressure of her lips, the soft whimper.

Nikki Mathis Thompson spent her formative years singing, dancing and creating her own world of make-believe. From an early age she developed a love of reading that has grown exponentially to near addiction. She has a business degree from the University of Texas at Dallas. Her degree looks great in the frame, but hasn't been utilized in years. She gladly left the cubicle life behind to raise her daughter and a son was added to the mix some years later. You can ﬁnd her devouring a book while drinking a glass of wine, doing her part to save the planet or lip- synching to her favorite songs while running through her suburb. She lives outside of Dallas with her family. Rebound is her ﬁrst novel. http://www.nikkimathisthompson.com/