The Guardian of my Soul by Emily A. Lawrence (Spotlight)

We'd like to share with you today a romance from Emily A. Lawrence - THE GUARDIAN OF MY SOUL! 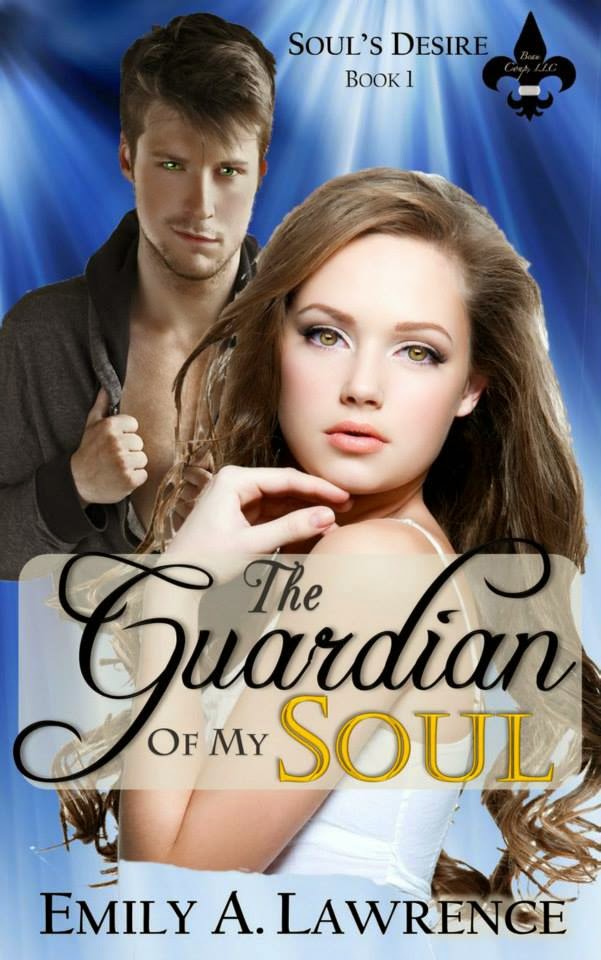 The Guardian of My Soul
Book 1 in the Soul’s Desire Series
by Emily A. Lawrence
Amazon | Goodreads


Kristen Mancuso, daughter of a renowned fashion designer has everything her heart desires, and yet she’s still unhappy. After her father’s death, her mother’s overprotectiveness has prevented Kristen from choosing her own path in life, and she often feels as if she's a prisoner in her own home. Kristen thought her twenty-first birthday would magically bring her the freedom she craved. She was wrong.

When her mother hires Alec Warner to be her personal bodyguard, Kristen rebels against it, unaware of the true reasons why he’s needed and the very real danger threatening her safety. Having someone shadow her every move is the last thing she wants. Alec is handsome, intimidating and determined to stand between Kristen and anyone who would harm her.

Kristen doesn’t know what to do with Alec. She’s drawn to him, and while he is committed to his job, he refuses to allow her to control him the way she does with other men. Their relationship is volatile and explosive, yet they discover they have more in common than they ever dreamed. Together they face demons from their past and secrets which could tear them apart.

Alec and Kristen fight their attraction for one another, but that’s one battle where losing may very well give them everything their souls desire…

Emily A. Lawrence lives in Transylvania with her family, hence her love for vampires and paranormal books. She is extremely passionate about fiction and has been writing stories, mostly fan fiction, for years now, but only began thinking seriously about publishing approximately a year ago. Having her family's support, and encouraged by friends and fellow authors, she pursued her dream of becoming a published author.