Birds are chirping, flowers are blooming, love is in the air - it must be spring! We are very excited to be co-hosting the SPRING FLING BLOG HOP with these fabulous bloggers and I want to give a shout-out to the awesome Laurie for organizing this! We have three great giveaways to share with you today, including a grand prize giveaway of a $70.00 gift card! So check out these great new romances below, it is spring after all, and then enter away! 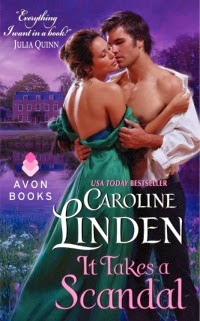 
Sometimes, it takes a scandal to reveal your heart’s desire…
Abigail Weston is a girl who has everything one needs to find a well-born husband: beauty, wit, a loving family, and a truly staggering dowry. Despite the fact that she comes from “new wealth” and working class stock, the odds that Abigail will marry well seemed stacked in her favor…but a cold, British marriage is not the way to this lady’s heart. What Abigail most desires is a man who wants her desperately and passionately…and manages to set her blood on fire in the same, wicked ways that are described in “50 Ways to Sin.”

That man is Sebastian Vane: the one man who is not blinded by her Midas-like wealth despite the fact that he has lost everything since returning from the war with a shattered leg -- to find his father mad and his inheritance gone. In short, he’s the one man she shouldn’t have. He's not a fit suitor for anyone, let alone an heiress. But Abigail lights up his world like a comet, bright and beautiful and able to see him instead of his ruined reputation.

Then again, Abigail finds herself nearly as tempted by the charming earl-to-be, Benedict Lennox. The handsome heir is courting her—and doing a damn fine job of it. Sebastian won't give up the only girl he's ever loved without a fight, but Abigail must choose between the penniless gentleman who moves her heart, and the suitor who is everything her parents want for her.

GIVEAWAY:
One reader in the US will receive a print copy of the first book in the series, Love and Other Scandals by Caroline Linden from the publisher. Enter through the rafflecopter below.


Two Lori Wilde romances together for the first time in print!

Las Vegas private eye Charlee Champagne is absolutely fearless. But when handsome Mason Gentry strides into her office, demanding to know where his grandfather is, she can't control the goosebumps. It's not like Mason to be in Sin City while the biggest deal of his banking career wraps up without him, but one moment with Charlee brings out his wild side. Before he knows it, Mason is on a mission, driving pedal to the metal across the desert with the toughest, sexiest woman he has ever met . . .

YOU ONLY LOVE TWICE

Comic book creator Marlie Montague's life isn't as exciting as her heroine's . . . until someone points the business end of a pistol right at her. Now she needs help from a real-life action hero: her rock-hard Navy secret-agent neighbor, Joel Hunter. Soon he and the beautiful Marlie are blowing the doors off a full-blown conspiracy with more double agents than a Bond flick. But the real mystery is: How does Marlie manage to leave Joel both shaken and stirred?

Marlie studied him. Physically, they were so different.
He was one hundred percent mesomorph. Lots of lean
muscle tissue, hard, sculpted. She was little Miss Endomorph.
Round and soft and small- boned. But mentally
they were more alike than she’d first assumed.
They believed in truth and justice and standing up
for the underdog. They were both loyal and protective.
And they both liked being in control, although whereas
Marlie took evasive action to ensure her safety, Joel ruled
the space around him with his physicality.
Maybe this relationship could work, if they lived to tell
the tale.
“Stop worrying.” He reached over and pressed the pad
of his thumb between her eyebrows, smoothing out her
frown line.
“I can’t. It’s my nature.”
“You need a distraction.”
“What kind of distraction?” she asked hopefully, eyeing
his lips.
“The best kind,” he answered, draping one leg over hers
and pulling her closer. His deep, rumbling voice, combined
with the pressure of the back of his knee against her
thigh, sent an electrical charge tumbling down her spine.
“Oh?” she murmured. “And what’s that?”
His eyes narrowed seductively. He looked more handsome
than any man had a right to look.
He drew his thumb down the end of her nose. Their gazes
met. She dared him with her eyes. Dared him to kiss her.

You can learn more at: LoriWilde.com

GIVEAWAY:
One reader Internationally will receive an eCopy of Mad About You: License to Thrill/You Only Love Twice from the publisher. Enter through the rafflecopter below.


GRAND PRIZE GIVEAWAY:
One winner from the hop will receive a $70.00 gift card from Amazon or Barnes & Noble, winner's choice compliments of the hop's hosts. To enter, just fill out the rafflecopter below.
a Rafflecopter giveaway


Hop along to the other participating blogs and make sure to show some love for our fellow hosts!