Ménage a May: Dragon's Lair by Seraphina Donavan (Guest Post/Giveaway)

Good morning lovies! Now I would like to welcome author Seraphina Donavan to Ménage a May. She is joining us with a wonderful post that I'm sure you'll enjoy and a giveaway of Dragon's Lair. Don't you just love the cover?
Jumping Into the Deep End....
So last summer I went to the big RWA Conference in New York.  I had written one (yes, just one) Regency Romance novel.  I did not have a contract for it, but I thought I could go to this conference and maybe, just maybe, come home with either a contract or an agent.  What I actually came home with was a bunch of business cards where people asked me to submit my work and turned me down.  Some did it quicker than others, some did it nicer than others, but sadly, everyone said no.  I DID get a contract for that book from a house I had submitted to prior to the conference and it comes out in August, so yay me.  My book with the happy ending got its own happy ending. 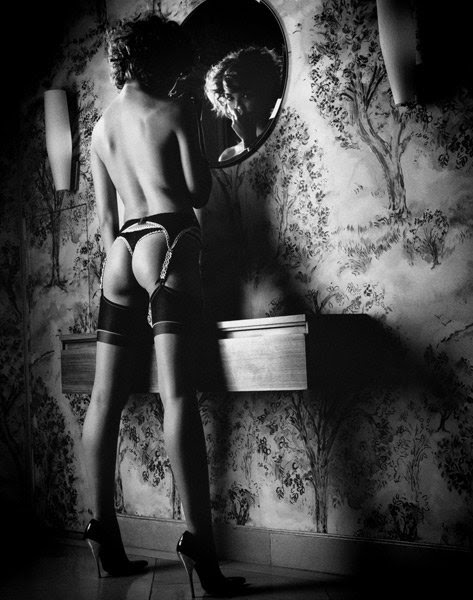 The other thing I came out of that conference with was the notion of writing erotica.  The leap from romance to erotica is not as big as some would think.  If you have the ability to write to begin with, making that leap only requires a working knowledge of anatomy and a lack of shame.  So, I listened to all these people at the conference talk about writing erotica (and yes, most of them whisper when they talk about it), and I realized that as a market, it is growing by leaps and bounds.  I mean, come on, who doesn’t want more hot amazing sex in their lives, right?  I came home, I thought I can do this.  And then it all goes to hell in a hand basket.
Not only did I decide to write erotica, I decided that if I was going to write it, I was going to write it in a big way.  I had heard from many sources that menage was the way to go...in the erotica market, just to clarify.  I sat down, I read a few, being a total newbie to the idea of erotica as both a fan and author.  Then I wrote Dragon’s Lair in about four days.  I spent another day polishing up any obvious mistakes, and I emailed it out to a publishing house and within a month, I had an offer.  This is not me bragging.  This is me being completely blown away.
When I wrote my Regency novel, I labored over it.  Months and months turned into years and years where I questioned every nuance of every scene.  I wrote an erotic, paranormal menage in less than a week and BAM.
After some soul searching, I realized that I struggled with writing more traditional romance because words must be chosen so carefully.  Every love scene has to walk a fine line between being hot and being dirty.  In Erotica, not so much.  A cock is a cock is a cock.  You don’t have to call it a member or a shaft or manroot or a rod, or any other of the umpteen million embarrassing and horrifically cliched euphemisms for penis.  Conversely, women don’t have petals, honey pots, my femininity does not flower.  Writing erotica was a freeing experience for me, and while I still plan to pursue my more traditional mainstream romances, I understand now, that being a dirty girl, dirty words just come more naturally.
So, I jumped into the deep end.  Literally.  Having never read or written erotica before, I tackled writing a menage, not because I had great vision, but because I just didn’t know any better.  Oddly enough, it worked out for me. Dragon’s Lair has been on Best Seller lists at AllRomance.Com, Fictionwise.com and now at Amazon.com.  Sometimes, it pays off to just dive in.  So, if you’re considering taking a leap, DO IT!

Lilly Montague has spent her life caring for others. Free of her responsibilities, she moves to New Orleans and takes the only job she can get—waiting tables in a sex club. Hopelessly attracted to both Phillipe, the doorman, and to Remy, the club’s very dangerous owner, she can’t hide her disappointment in realizing they are a couple.
But one night changes everything, and Lilly is confronted with her deepest, darkest desire—to have them both. Remy and Phillipe are far from mere mortal men; however, and indulging her desire garners Lilly more than she bargained for.

Add to your Goodreads shelf!
Purchase today at Amazon