Meet the Author Behind the Night Huntress Series – Jeaniene Frost 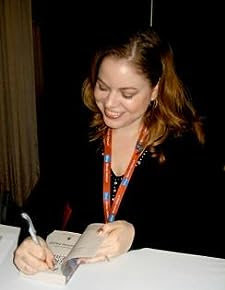 About Jeaniene:
Jeaniene is the New York Times and USA Today best selling author of the Night Huntress series and the Night Huntress World novels. To date, foreign rights for her novels have sold to sixteen different countries. Nancy Yost at Nancy Yost Literary Agency represents Jeaniene.
And yes, Jeaniene Frost is her real name, not a pseudonym and her birthday is June 13th. She lives in Florida with her husband Matthew, who long ago accepted that she swears like a sailor, and rarely cooks. Although not a vampire herself, she confesses to having pale skin, wearing a lot of black, and sleeping in late whenever possible. And while she can't see ghosts, she loves to walk through old cemeteries.
The first time she went to Sunday school, her minister pointed to the cross on the wall and asked her if she knew what it stood for. With all of the logic of a 5 year old, Jeaniene replied, “Yes, that’s what keeps the vampires away!”
It was just one of the many times she embarrassed her parents in public. You could also say Jeaniene’s been hooked on vampires ever since.

Some of Jeaniene’s favorite authors are Melissa Marr, Ilona Andrews, Rachel Vincent, Kresley Cole, Gena Showalter and Stephen King. A full list can be found on her website. While reading Jeaniene is a freak about spinal creasing, that is a major no-no for her, though despite how many bookmarks she has she will still dog-ear the pages. LoL
Jeaniene and Matthew are the proud parents of Gypsy, their very spoiled dog who believes Jeaniene’s only purpose in life is to cater to her. Aside from writing, Jeaniene enjoys reading, poetry, watching movies with her husband, exploring old cemeteries, spelunking and traveling – by car. Airplanes, children, and cookbooks frighten her.
Curiously enough, even though Jeaniene has written demon characters she is terrified of them.
Jeaniene also loves turkey meatloaf, wolves are her favorite wild animals and she wants to visit Alaska. (Scifiguy.ca) And she has dreams of flying and would love to try hang gliding one day.
About Writing:
Even as a child, Jeaniene has always been drawn to the strange. She would sneak and watch and watch horror movies at every opportunity, much to her parents’ dismay. At twelve Jeaniene began writing poetry. Shortly after that, she read her first romance novel, and it was love at first read! She knew she wanted to write her own novel someday, but figured she had plenty of time. That same ‘plenty of time’ mentality also lingered past her teens and through her twenties, however. It wasn’t until Jeaniene was almost thirty that she realized she’d either have to start now – or resign herself to never doing it. 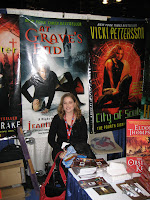 She chose the former. When she sat down to write her novel, she knew it had to have her two favorite elements in it: urban fantasy and romance. Everyone has a favorite ‘what if they were real?’ creature. For Jeaniene, it’s vampires.
Jeaniene has always had vivid dreams and her first two books were actually inspired by one dream. She has gotten main characters, creatures and plot slivers from dreams as well but the rest of the stories come straight from her imagination and hard time at the keyboard. She also finds inspiration in outside sources such as music, walking in new places and talking with fellow writers.
Some of the authors that inspired Jeaniene to be a writer are Dean Koontz, Diana Gabaldon, Laurell K Hamilton and M.M Kaye.
She has a high school diploma and has never taken a writing class, though she feels that a college degree is not absolutely necessary to be a writer she doesn’t think that you should skip out on it if given the chance.
Her favorite part about being an author is getting to share her stories with others but for her, the worst part is the business aspects and relates it to running your own small business.
Her favorite motto? “The only difference between a writer and a schizophrenic is a paycheck.” –Over the Edge Book Reviews
Jeaniene wanted to write a book that was both urban fantasy and paranormal romance.
“I love the darkness you can create with urban fantasy, where yes, monsters exist and one could be standing next to you right now. But I also love humor, snark, sexiness, and romance in books, too.” Jeaniene – Rachel Vincent’s Blog
She also stated that she would like to leave readers amused, scared, turned on, reflective, and entertained after finishing her novels. I know as a reader I am all of those things and more after reading a Frost book, as well as in total awe! *cough* Bones *cough*
When writing a book Jeaniene starts with everything that she knows about a character before focusing on the plot. And for her, writing doesn’t get easier with each book and she still gets nervous. When combating writers block sometimes she needs to take a step back from the keyboard for a while, other times she has to force herself to sit there until the words start flowing again. Listening to music, going places and looking up historical facts are also sometimes helpful.
As of last year Jeaniene has said that Destined for an Early Grave has been the hardest novel to write so far in the series because of how emotional it was. All of Cat’s good intentions kept backfiring on her and then her and Bones experienced an intense fight. Which if you have read DfaEG you know what I am talking about! My heart literally twisted while reading that book. 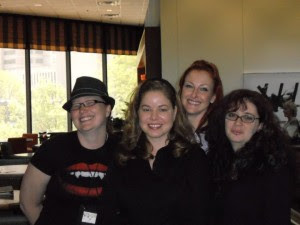 Many readers are curious as to what it was like writing a chapter like the famous Chapter 32 and other love scenes. Jeaniene has said that when writing scenes like this she doesn’t let the thought of someone else reading it enter her head, afterwards she might get a little red in the face though. As with other scenes in her books she describes everything that characters are thinking and feeling, she doesn’t pull back just because it is a sex scene, this is just her style of writing. (And I LOVE it BTW.) She just follows where the characters lead her through their emotions and doesn’t think about anything else other then the two characters that are in it. And no, she doesn’t try out certain scenes before writing them, LoL.
So where did Jeaniene come up with the idea of vampires eye’s glowing green with strong emotions? She grew up with cats and while writing her first novel she had several ferrets as pets which is where she got the inspiration for her vampire’s glowing green eyes; when their eyes would catch the light they would reflect back that eerie green and she always found it otherworldly. 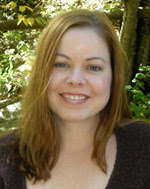 Jeaniene did an interview at Over the Edge Book Reviews and in it she said something that I really loved & related to, when I saw it I was like, "Yes! That's exactly right!" Because, to me, this is the most important part of a story.
“To me the most important thing, as a reader and a writer, are the characters. If I’m not connected to the characters, a book could have the most scintillating plot, the wittiest voice, or the most startling conclusion, and I won’t give a damn.”


Here's to many more books full of snark, humor, excitement, sexy characters we connect with and Chapter 32's from the lovely Jeaniene Frost!