From the Cellar: Lara Adrian and the Midnight Breed Series 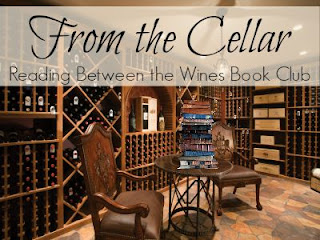 Previously we had a page on the blog of must-read authors and after five years of blogging, that page has become...well…a little dusty. *achoo* So we’ve got our handy swifter, and we’re cleaning them off and polishing them up! The shiny new product is ‘From the Cellar’, where we will highlight each author individually- why we love them, what makes them a must-read author, and all of the book information you need on them, along with where to find them! We hope that you enjoy this new feature and find some new fantastic reads along the way!

How this author made it into The Cellar:
I was first introduced to Lara Adrian and her books around September of 2010 with Kiss of Midnight (Midnight Breed #1). This was back when I predominantly read paranormal romances, and after devouring J.R. Ward's Black Dagger Brotherhood series and Jeaniene Frost's Night Huntress series, I was on the hunt for more vampire themed novels to take a bite out of. The Midnight Breed series quenched my thirst for that and then some!

Why this author has his/her own rack in The Cellar:
Lara Adrian has created a captivating world of vampires set in present time, giving the old myth a compelling twist with the Order, Rogues, Aliens, Breedmates and more. I was drawn in by the first page with Gabrielle and Lucan and 13+ books into the series later, I am still just as hooked. Each book is just as fresh, and just as enticing. Each and every character from Adrian enchants with their bravery, complexity, and intensity. She has the magical ability to create a story that is not only sweetly romantic, but darkly passionate while still immersed in some heart-pounding action.

If I had to pick one book out of the entire series that was my favorite, though Lucan and Gabrielle will always have their own little notch in my heart, I would have to pick Hunter's story in Deeper Than Midnight (Midnight Breed #9). You can see my review for that title by clicking >here<.

Bottom line, when I pick up a book from Lara Adrian, I know that I will be enraptured from start to finish, delving into these warrior's dark and dangerous world where love might not conquer all, but it goes a long way to pulling you from the darkness and into the light. That is why Lara Adrian is a must-read author for me.

LARA ADRIAN is a New York Times and #1 internationally best-selling author with nearly 4 million books in print and digital worldwide and translations licensed to more than 20 countries. Her books have been named among Amazon’s Top Ten Romances of the Year, and have also been nominated by readers multiple times as finalists for the Goodreads Choice Award for Best Romance of the Year. Reviewers have called Lara’s books “addictively readable” (Chicago Tribune), “extraordinary” (Fresh Fiction), “strikingly original” (Booklist), and “one of the best vampire series on the market” (Romantic Times).

With an ancestry stretching back to the Mayflower and the court of King Henry VIII, the author lives with her husband in New England, where she is working on her next novel.