Honorable handsome men carrying heavy fearsome weapons or flying high tech aircraft--how can that not pique your interest? In the spirit of Military Romance, let’s welcome the writing duo making up Katie Porter! And congratulations to the duo for being nominated for the RT Reviewers' Choice Award for their novels, Hold 'Em and Came Upon a Midnight Clear! Which, Came Upon a Midnight Clear, is the first gay romance novel ever to be nominated!

Lexi: Lorelie Brown and Carrie Lofty, what in the world made you two decide to delve into writing together? Do you live near each other or do you collaborate via internet?


Lorelie: I took a trip to Vegas and saw signs advertising a singles weekend, so I started flirting with the idea of an erotica series. But I couldn’t make the pieces go together. Carrie and I started talking them over as critique partners, and then we just...kept going. Best idea we’ve ever had. We live pretty far apart: I’m in California and Carrie is in Wisconsin. All our work happens via the internet!

Carrie: I’d worked well as a co-writing partner before, with Ann Aguirre for our RITA-nominated “Dark Age Dawning” paranormals. That was an awesome experience because I’d never written anything but historicals. When our schedules didn’t synch anymore, I still missed that collaborative excitement of working with a co-writer. Lorelie and I have known each other for more than six years, so her idea was a brilliant new way to go--and a new genre! I wasn’t a stranger to steamy scenes, but these go above and beyond. Plus writing contemporary was new for me. It’s been a fabulous ride! 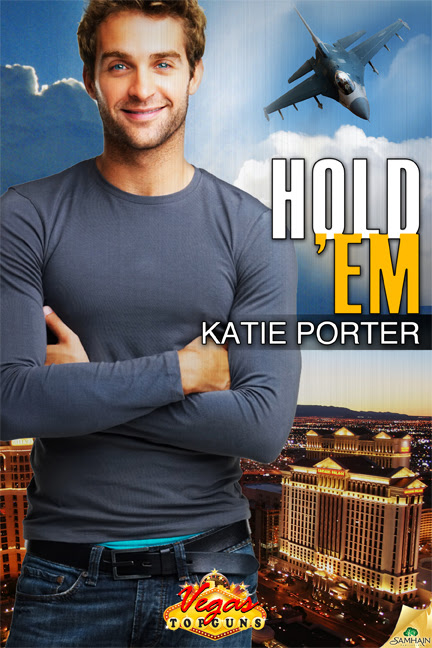 Lexi: Your “Vegas Top Guns” series has been well received. With the first three books released in consecutive months, readers have been turned into melted little puddles. Each of you have written some steamy romances individually, but did you have fun cranking up the heat for this series?

Lorelie: It was a blast! When I write historicals, I feel a little hampered sometimes by plausibility. I know people got up to major naughty in previous eras, but it doesn’t always work for the characters I’m working with. For the Katie Porter books, it was total play time. Write anything we wanted, however we wanted!

Carrie: Because we’re both historians, we’re used to doing research. This just meant a different kind of research! We’ll call it...lively. And that it was set in Vegas just let us run free. Anything could happen, and in “Vegas Top Guns,” most of it does.

Lexi: Lorelie, you’re a US Army veteran. Have you read a lot of military romances in the years since? Any memorable ones that served as inspiration?

Lorelie: My favorite military romances are Suzanne Brockmann’s Troubleshooters, particularly the early ones. OUT OF CONTROL has one of my most favorite heroes either: Wild Card Karmody, badass SEAL plus techno geek plus romantic. How do you  beat that? Plus Brockmann always seemed to go above and beyond to ensure her details are accurate, which can be kind of touch and go with some other authors. And as a veteran, nothing annoys me more in a military romance than inaccurate details.

Lexi: Carrie, you must just be slightly crazy to take on more projects, but we are glad you did. With His Very Own Girl you touched on a military romance, and now the “Vegas Top Guns” series. Do you feel like you have found a new niche?

Carrie: Slightly crazy? My husband would say “lots and lots” crazy. As for a military niche, I don’t think so. His Very Own Girl fits squarely within my idea of history. The circumstances of men joining the military in WWII were very different than the choices available to people now, who do so as a career or an opportunity to broaden their horizons. My parents joined the Marines in 1971 for just that reason. So even setting aside the heat level, the feel is different. One is historical in a time of all-out warfare around the world, and one is about contemporary characters.

Lexi: Both of you sure picked a great city to set your series. As everyone knows, what happens in Vegas....

Lorelie: Stays in Vegas, of course. Unless someone writes a book about it all...

Carrie: What was a nice angle, for me, was writing Cass Whitman from Double Down. She lived in Vegas. Grew up there. For her, it was her hometown. Even a few of the fighter pilots stationed at Nellis have been there for going on three years. The tourist side of Vegas was fun to get away from. There are regular grocery stores and offices and little houses in the suburbs. But then again...it’s Vegas. Having that variety at our disposal added a lot of plot possibilities. 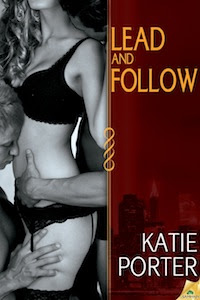 Lexi: I am also very excited for your release of Lead and Follow, “Club Deviant” book one! Not military but still full of mouthwatering men. Do you have a plan for how long this series will be?

Lorelie: There’s five books in the Club Devant series. The second, CHAINS AND CANES, will be out in July.

Carrie: This series is going to be so much fun! Aside from one scene in one of the upcoming books, the entire “Vegas Top Guns” series features romances between one man and one woman. “Club Devant” will push our envelope, in that we explore threesomes, as well as gay and interracial romances. The variety will expand. Second perhaps to Vegas, New York City is the place to find sexual adventure...

Lexi: So many exciting things coming from Katie Porter. Thanks Lorelie and Carrie for stopping by to feed the flame! Good luck with your upcoming releases!


~*GIVEAWAY*~
Carrie & Lorelie are giving away one digital copy of any one of their backlist books as Katie Porter, including the upcoming CAME UPON A MIDNIGHT CLEAR, which releases on Nov 27. To enter, just leave a question or comment on this post for these wonderful ladies and then fill out the Rafflecopter below. Additional entries are available but not required. Good luck!